Internet use and Broadband adoption

Nationally, there is a seven percentage point gap between whites and blacks when it comes to internet use. Internet use is nearly universal among younger adults, the college-educated, and those with relatively high incomes, regardless of race. But older blacks are significantly less likely to go online than their white counterparts—just 45% of African Americans age 65 or older use the internet. Internet use is also notably less common among blacks who have not attended college, compared with whites with a similar level of educational attainment. 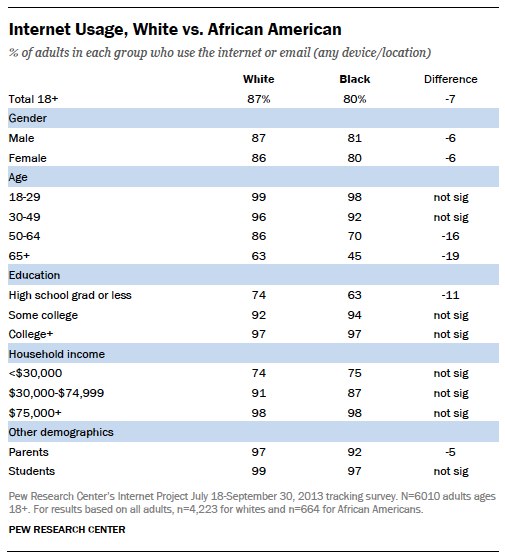 The broadband adoption gap between whites and blacks is around twice as big as for internet use in general—12 percentage points. As with internet use, differences between white and black are most concentrated among older adults and those with low levels of educational attainment. Just 30% of African Americans age 65 or older, and 39% of African Americans who have not attended college, are home broadband users. By contrast, broadband adoption is nearly universal among young adults, the college educated, and those in higher-income households, regardless of whether those individuals are black or white. 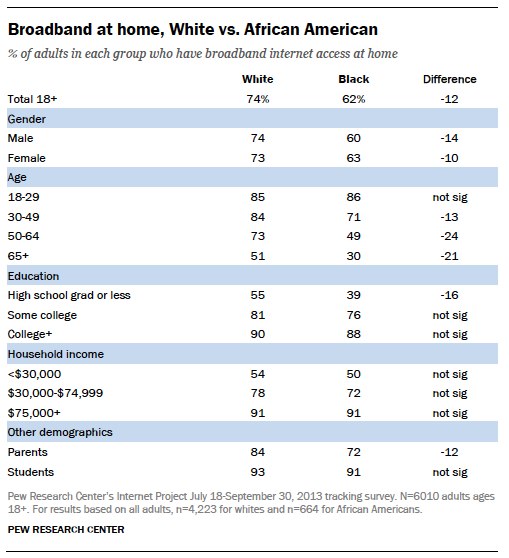 The following table summarizes internet use and broadband adoption among African Americans. 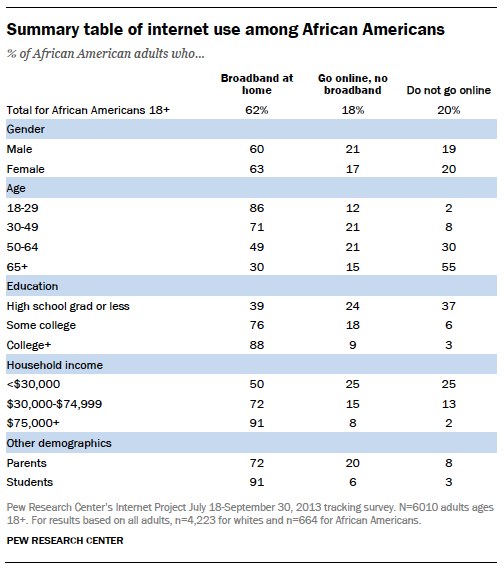 90% of whites and 92% of African Americans own a cell phone of some kind, and there are few differences between whites and blacks across demographic categories when it comes to cell phone ownership. 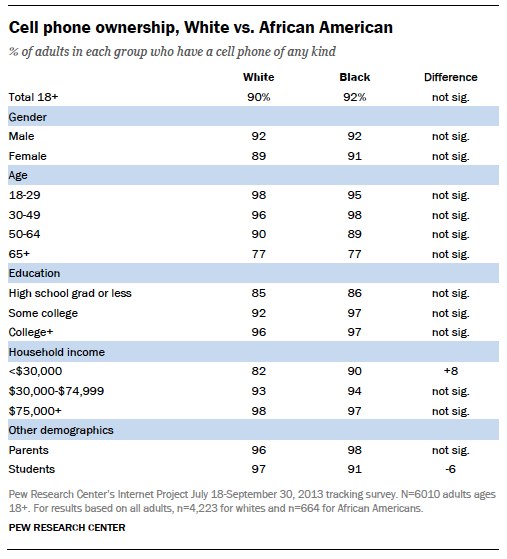 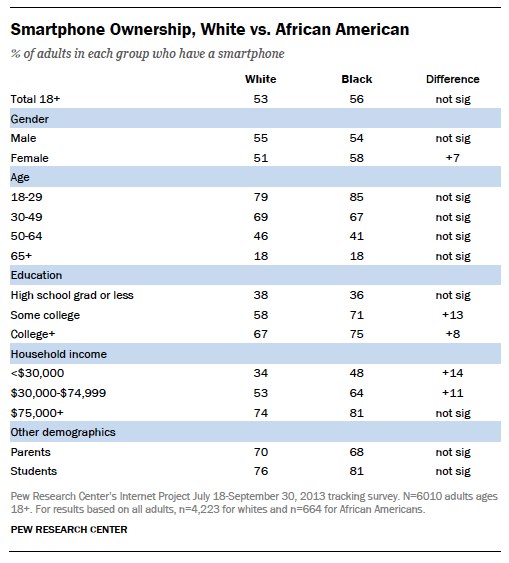 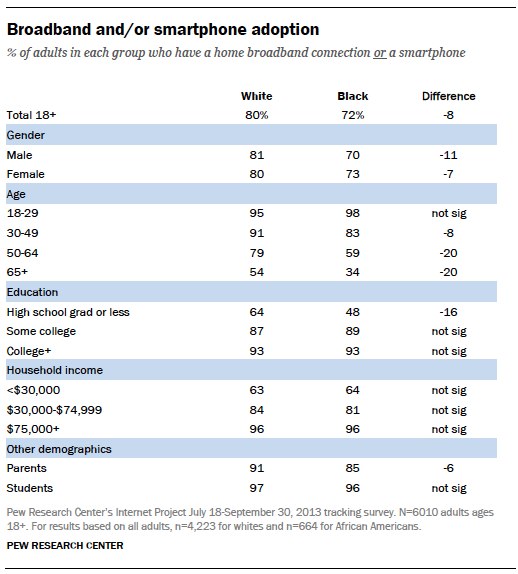 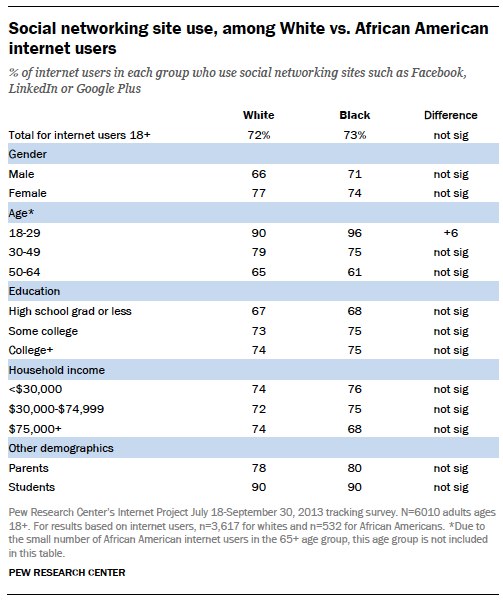 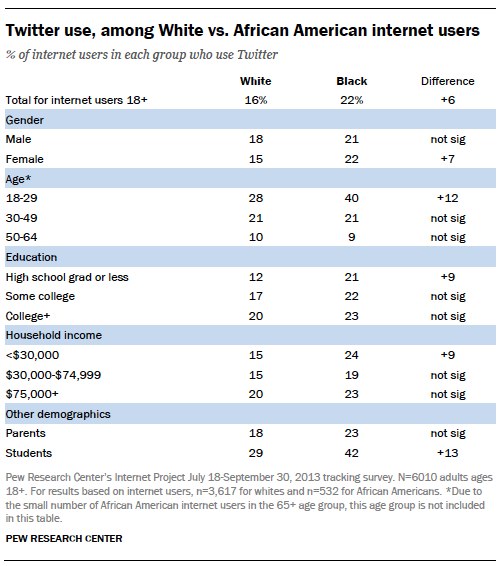 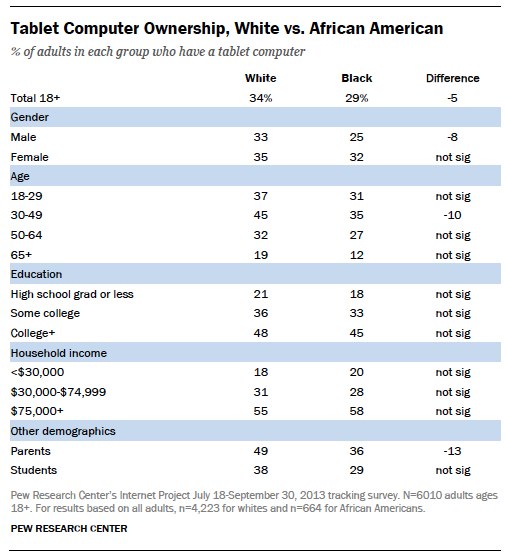 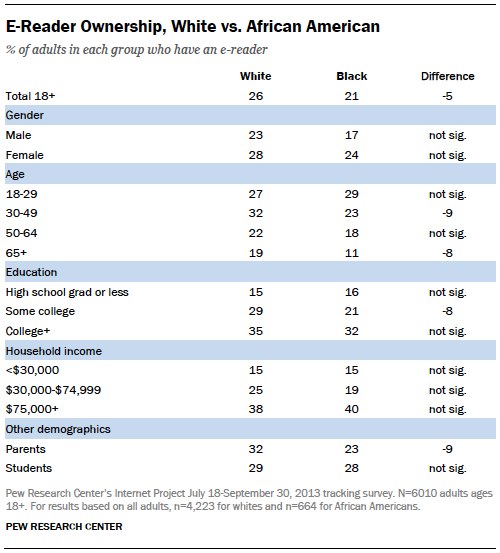