The Pew Research Center’s Internet & American Life Project is one of seven projects that make up the Pew Research Center, a nonpartisan, nonprofit “fact tank” that provides information on the issues, attitudes and trends shaping America and the world. The Project produces reports exploring the impact of the internet on families, communities, work and home, daily life, education, health care, and civic and political life. The Project aims to be an authoritative source on the evolution of the internet through surveys that examine how Americans use the internet and how their activities affect their lives.

The Pew Internet Project takes no positions on policy issues related to the internet or other communications technologies. It does not endorse technologies, industry sectors, companies, nonprofit organizations, or individuals. 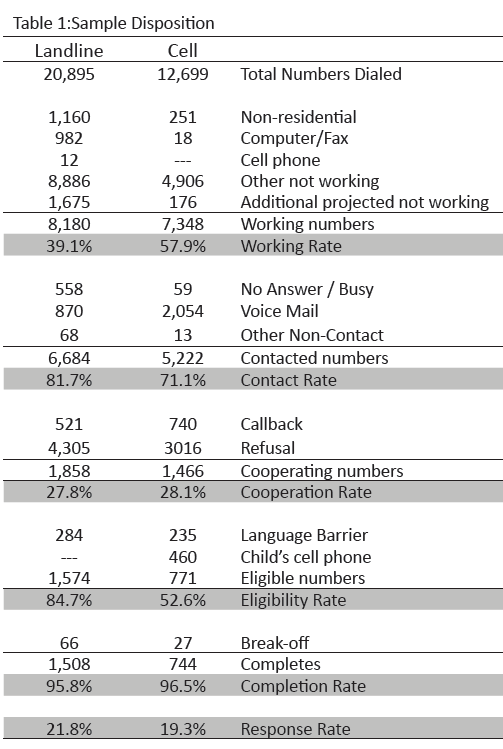 o   Cooperation rate – the proportion of contacted numbers where a consent for interview was at least initially obtained, versus those refused

Q23     Have you ever experienced or done any of the following? (First/Next), have you ever [INSERT IN ORDER]?

Younger Americans’ Reading and Library habits
Teens, Smartphones & Texting
The Internet and Religion: The Great Disruption
Election night marks the end of one phase of campaign 2020 – and the start of another
The Trump-Biden presidential contest
The Changing Racial and Ethnic Composition of the U.S. Electorate
Democrats’ advantage over Republicans among Florida registered voters has shrunk since 2016
Large Shares of Voters Plan To Vote a Straight Party Ticket for President, Senate and House