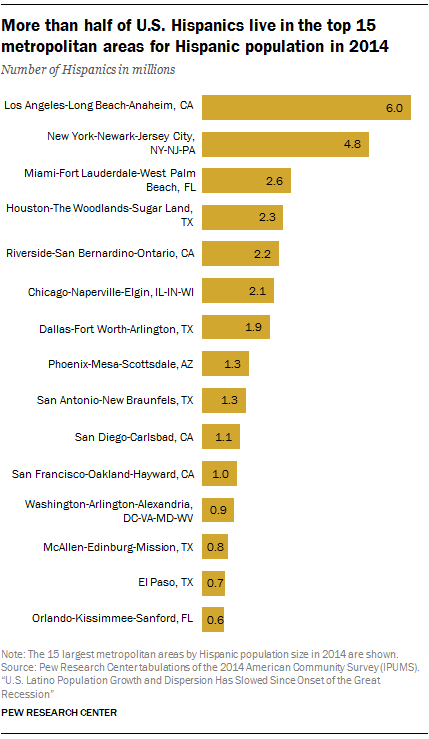 Los Angeles-Long Beach-Anaheim topped the list with 6 million Hispanics in 2014. About one-in-ten (11%) Hispanics nationwide live in this one metropolitan area. And this metropolitan area has more Hispanics than all but two states: California and Texas. 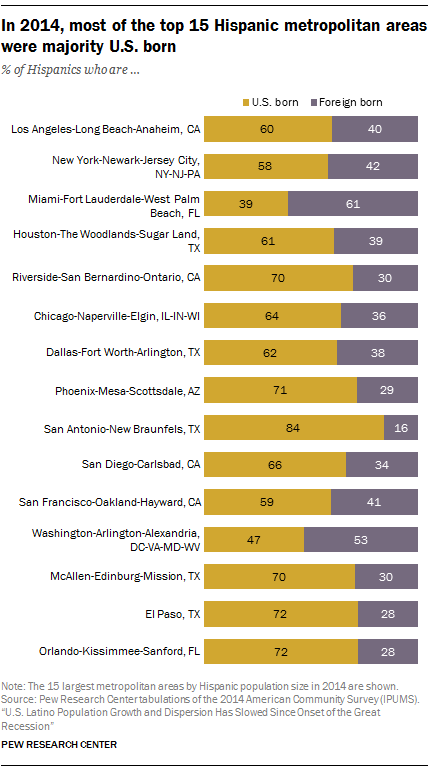 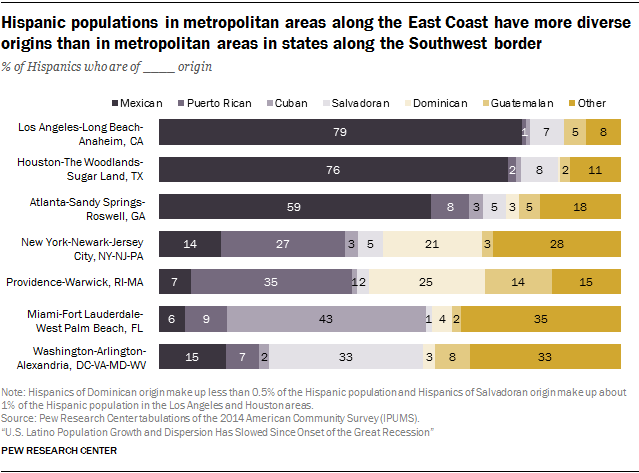 In metropolitan areas along the East Coast, the origins of the Hispanic populations are more diverse. While the Hispanic population residing in the Atlanta-Sandy Springs-Roswell, Georgia, metropolitan area is predominately of Mexican origin, Puerto Ricans and Dominicans are the largest Hispanic origin groups in New York-Newark-Jersey City and Providence-Warwick, Rhode Island-Massachusetts. In Miami-Fort Lauderdale-West Palm Beach, 43% of Hispanics were of Cuban origin in 2014. And in the Washington, D.C., metropolitan area, a third of Hispanics were of Salvadoran origin.

Next: Acknowledgements
← Prev Page
Page1Page2Page3Page4Page5You are reading page6Page7Page8Page9Page10Page11
Next Page →