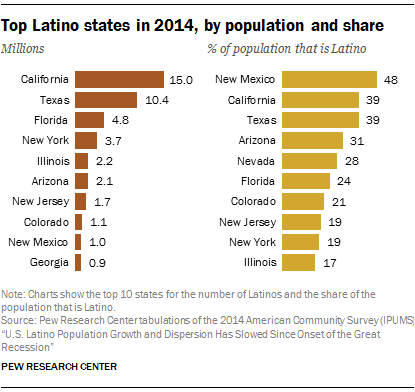 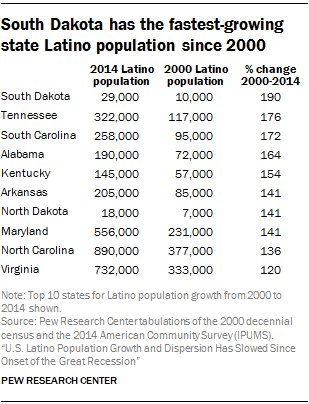 Following California is Texas. Nearly one-in-five Hispanics nationwide (19%) reside in Texas, where the Hispanic population reached 10.4 million in 2014. In third place is Florida, with 4.8 million Hispanics, accounting for nearly one-in-ten (9%) of the nation’s Hispanics. 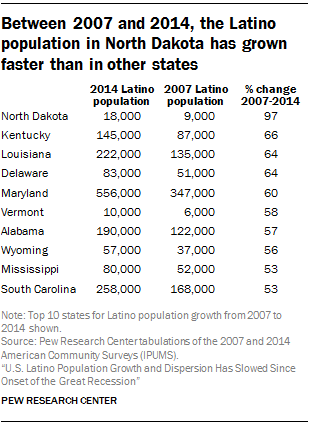 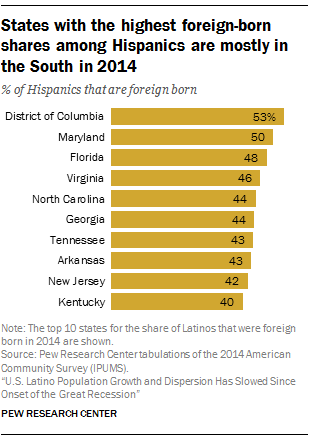 Next: 5. Ranking the Latino population in metropolitan areas
← Prev Page
Page1Page2Page3Page4You are reading page5Page6Page7Page8Page9Page10Page11
Next Page →

Key facts about how the U.S. Hispanic population is changing