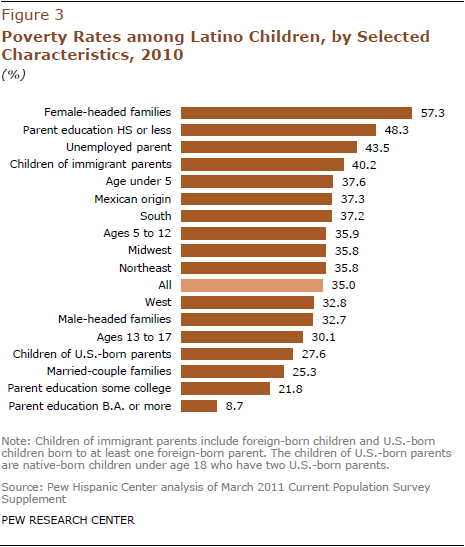 The economic situation of parents plays an important role in affecting the poverty status of children. Among Latino children with an unemployed parent, 43.5% lived in poverty in 2010.

Next: III. A Profile of Latino Children in Poverty
← Prev Page
Page1You are reading page2Page3Page4
Next Page →