A total of 986,000 Hispanics of Guatemalan origin resided in the United States in 2008, according to the Census Bureau’s American Community Survey. Guatemalans in this statistical profile are people who self-identified as Hispanics of Guatemalan origin; this means either they themselves are Guatemalan immigrants or they trace their family ancestry to Guatemala. Guatemalans are the sixth-largest population of Hispanic origin living in the United States, accounting for 2.1% of the U.S. Hispanic population in 2008. Mexicans constituted 30.7 million, or 65.7%, of the Hispanic population.1

This statistical profile compares the demographic, income and economic characteristics of the Guatemalan population with the characteristics of all Hispanics and the U.S. population overall. It is based on Pew Hispanic Center tabulations of the 2008 American Community Survey. Key facts include:

This statistical profile of Hispanics of Guatemalan origin is based on the Census Bureau’s 2008 American Community Survey (ACS). The ACS is the largest household survey in the United States, with a sample of about 3 million addresses. The data used for this statistical profile come from 2008 ACS Integrated Public Use Microdata Series (IPUMS), representing a 1% sample of the U.S. population. 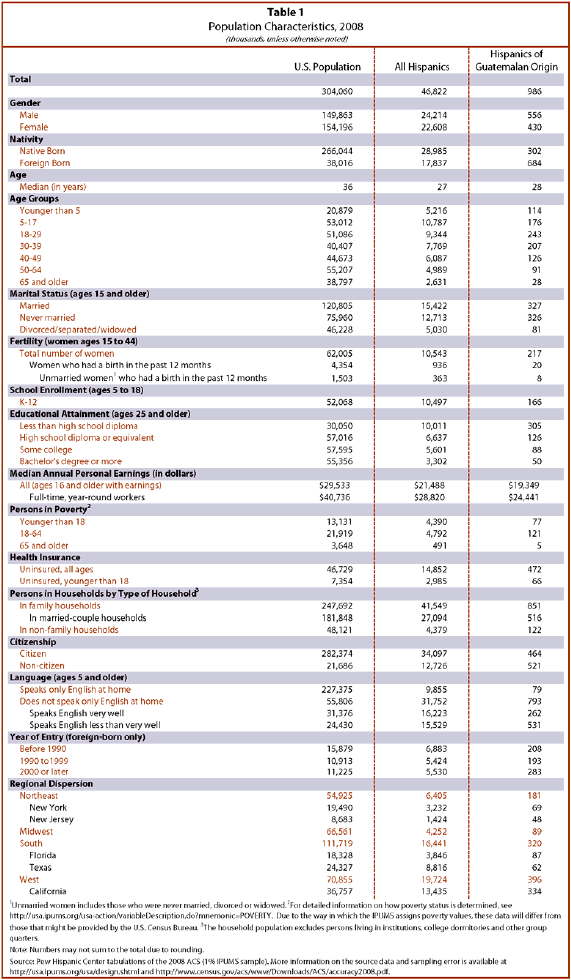 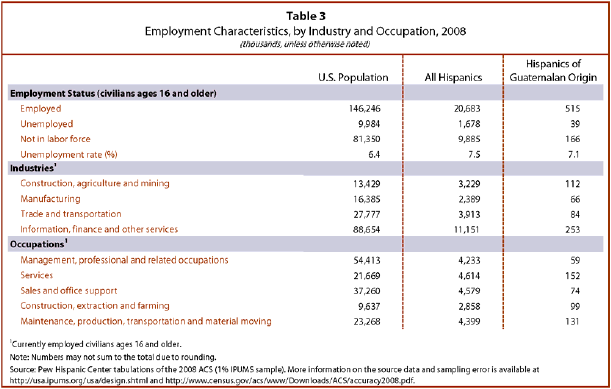 Hispanic Latino DemographicsCountry of Origin
Political Typology Quiz
Key things to know about election polling in the United States
Defining generations: Where Millennials end and Generation Z begins
25% in U.S. see at least some truth in conspiracy theory that COVID-19 was planned
Are you in the American middle class? Find out with our income calculator