A total of 1.6 million Hispanics of Cuban origin resided in the United States in 2008, according to the Census Bureau’s American Community Survey. Cubans in this statistical profile are people who self-identified as Hispanics of Cuban origin; this means either they themselves are Cuban immigrants or they trace their family ancestry to Cuba. Cubans are the third-largest population of Hispanic origin living in the United States, accounting for 3.5% of the U.S. Hispanic population in 2008. Mexicans constituted 30.7 million, or 65.7%, and Puerto Ricans 4.2 million, or 8.9%, of the Hispanic population.1

This statistical profile compares the demographic, income and economic characteristics of the Cuban population with the characteristics of all Hispanics and the U.S. population overall. It is based on Pew Hispanic Center tabulations of the 2008 American Community Survey. Key facts include:

This statistical profile of Hispanics of Cuban origin is based on the Census Bureau’s 2008 American Community Survey (ACS). The ACS is the largest household survey in the United States, with a sample of about 3 million addresses. The data used for this statistical profile come from 2008 ACS Integrated Public Use Microdata Series (IPUMS), representing a 1% sample of the U.S. population.

Like any survey, estimates from the ACS are subject to sampling error and (potentially) measurement error. Information on the ACS sampling strategy and associated error is available at www.census.gov/acs/www/Downloads/ACS/accuracy2008.pdf. An example of measurement error is that citizenship rates for the foreign born are estimated to be overstated in the Decennial Census and other official surveys, such as the ACS (see Jeffrey Passel. “Growing Share of Immigrants Choosing Naturalization,” Pew Hispanic Center, Washington, D.C. (March 28, 2008)). Finally, estimates from the ACS may differ from the Decennial Census or other Census Bureau surveys due to differences in methodology and data collection procedures (see, for example, http://www.census.gov/acs/www/Downloads/library/2004/Report10.pdf and http://www.census.gov/acs/www/Downloads/methodology/ASA_nelson.pdf). 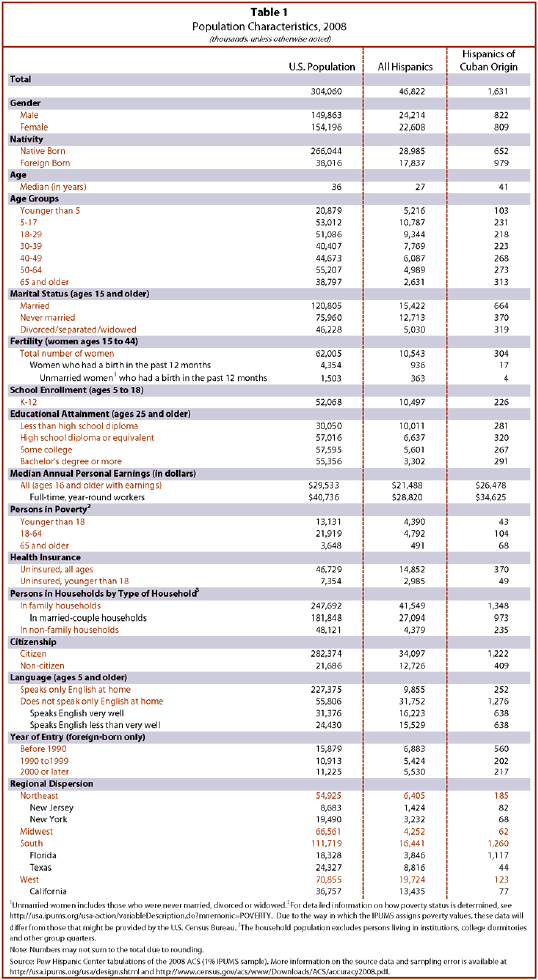 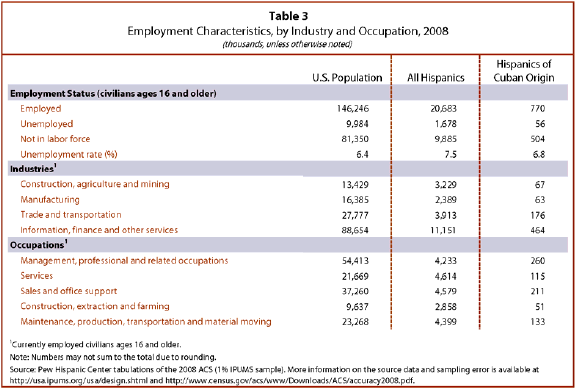