As a group, Puerto Ricans are older than Hispanics on average but they are younger than the U.S. population. They are less likely to be married than either Hispanics overall or the U.S. population overall. The majority (55.9%) of Puerto Rican women ages 15 to 44 who had a birth in the 12 months prior to the survey were unmarried. The comparable share for all Hispanic women was 38.1% and the figure for all U.S. women was 33.4%.

Puerto Ricans have lower levels of education and lower incomes than average for the U.S. population. They are less likely to be in the labor force, and among those in the labor force they have a higher rate of unemployment than either all Hispanics or the overall population. The rate of homeownership among Puerto Ricans is lower than the rate for Hispanics overall and the U.S. population overall.

This statistical profile of Hispanics of Puerto Rican origin is based on the Census Bureau’s 2007 American Community Survey (ACS). The ACS is the largest household survey in the United States, with a sample of about 3 million addresses. The data used for this statistical profile come from 2007 ACS Integrated Public Use Microdata Series (IPUMS), representing a 1% sample of the U.S. population. 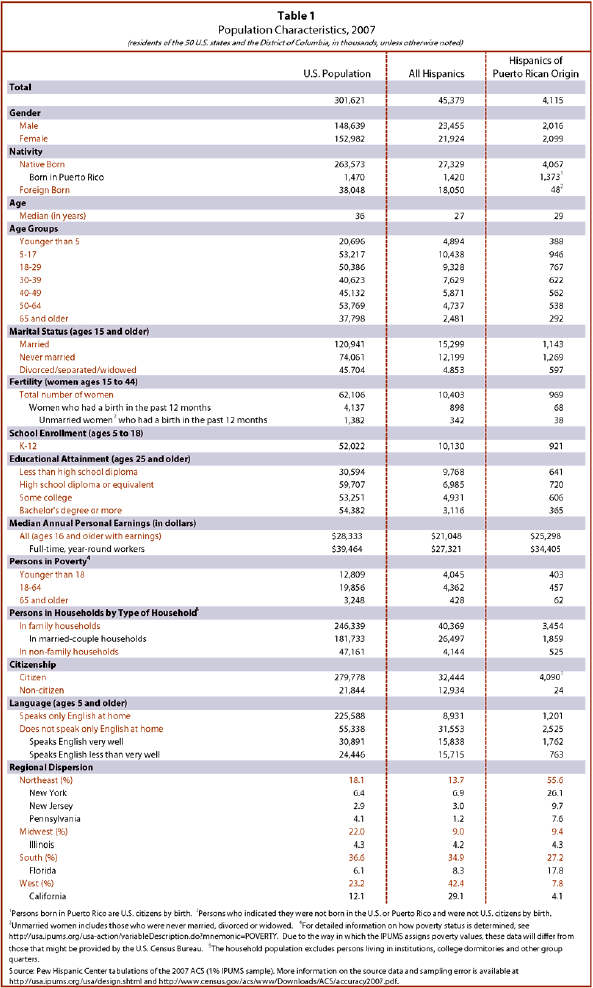 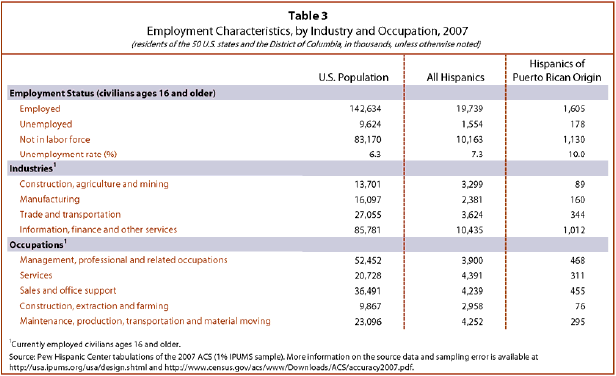 Hispanics of Puerto Rican Origin in the United States, 2011

Hispanics of Puerto Rican Origin in the United States, 2008