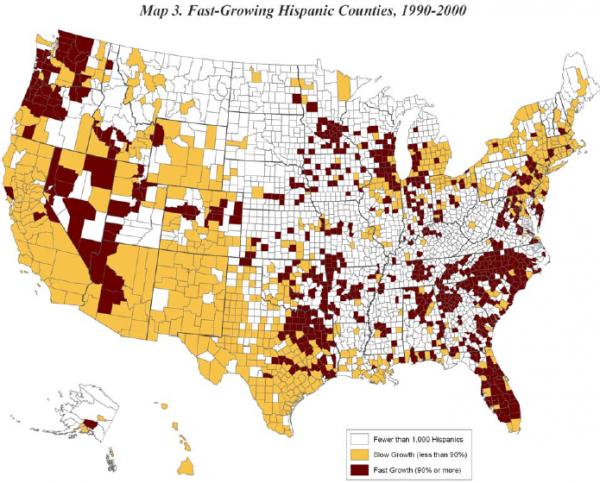 Though Hispanic dispersion has tilted more to counties in the West and Northeast in the new century, most counties that were fast-growing in the 1990s continued to experience above-average growth in the new century. There are 528 counties that were fast-growing Hispanic counties in both the 1990s and 2000s (Map 4). The share of the Hispanic population in these core growing counties steadily increased from 10% in 1990 to 17% in 2000 and then to 22% in 2007 (Figure 2). While each region of the country has counties that have steadily attracted Latinos, counties in the South are disproportionately among those that have steadily attracted Hispanics. 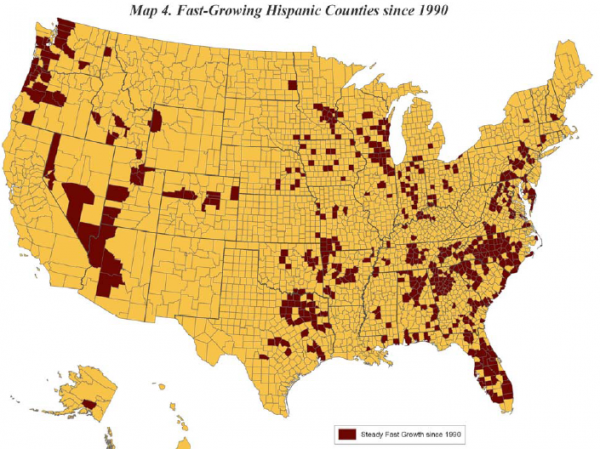 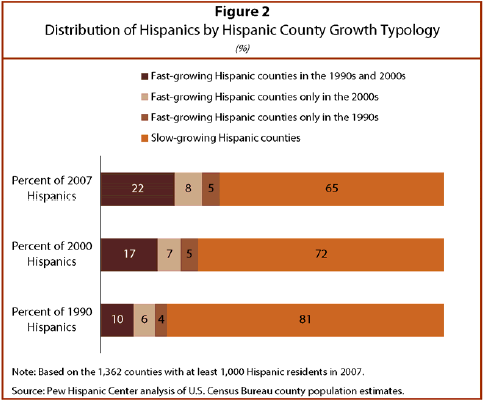 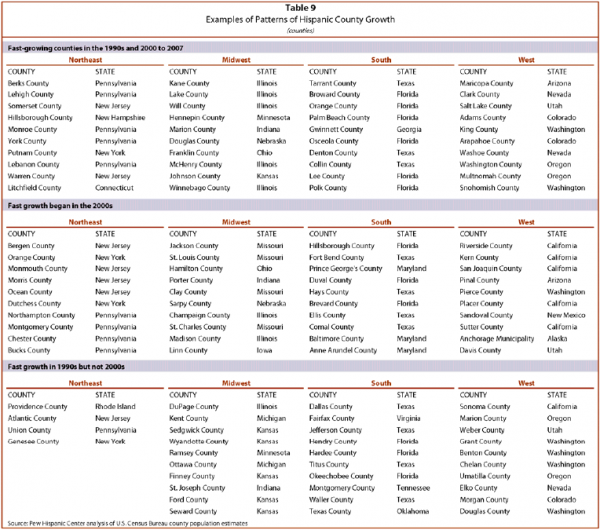 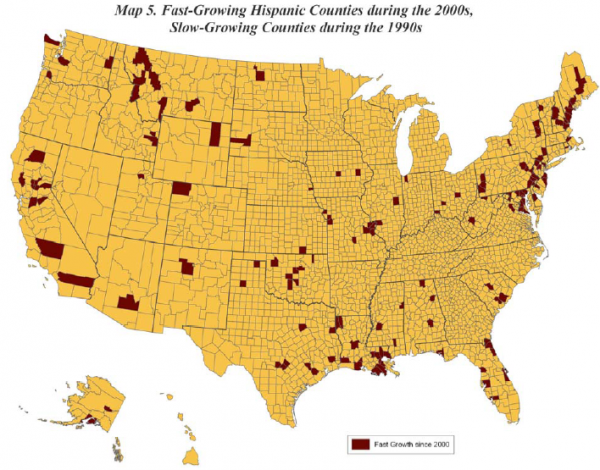 Finally, there are 153 counties that had fast-growing Latino populations in the 1990s but have had below-average Latino population growth in the new century (Map 6). These counties are disproportionately in the Midwest. For example, Hispanic growth has cooled off in western Michigan, western Minnesota and western Kansas. Outside the Midwest, northern Nevada and central Washington were fast-growing in the 1990s but have experienced below-average Hispanic population growth in the new century. 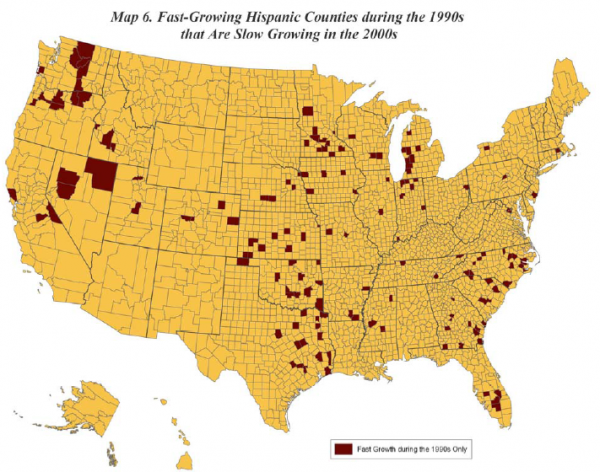 Next: V. The Growth of Hispanics and Non-Hispanics in the New Century
← Prev Page
Page1Page2Page3You are reading page4Page5Page6Page7Page8
Next Page →