A major source of recent government data about English-speaking ability is the American Community Survey, a household survey conducted by the U.S. Census Bureau. Its questions are worded somewhat differently from those asked by the Pew Hispanic Center, and it does not include any questions about use of English or Spanish at work.

Overall, its findings are similar to those in Pew Hispanic Center surveys. (Table 1) 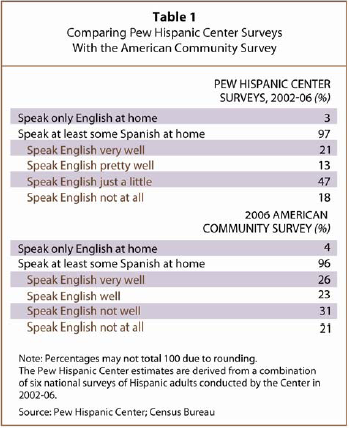