There is no one explanation that covers every immigrant’s decision to naturalize, but some broad theories suggest why citizenship rates rise and fall.

Immigrants also may be more likely to naturalize if their home country allows dual citizenship or provides an easy way to reclaim former citizenship rights. Over the past decade, many countries—Mexico is one of the most prominent— have liberalized their policies toward dual citizenship, removing a hurdle that deterred some immigrants from naturalizing.

The political climate in the U.S. and in countries of origins also may play a role. Immigrants from the Middle East are the most likely to naturalize, and their increase shows up most clearly since 2001. Political turmoil in the Middle East may keep many from returning. At the same time, becoming a citizen could provide security against political backlash or threats to their rights.

It is also possible that a good economy and a welcoming immigrant community make new arrivals feel more secure in their decision to stay. The only time more immigrants left the U.S. than stayed was during the Depression, when the poor job market made it hard to find work and some foreign-born residents were deported.

Citizenship also is a qualification for some social benefits. Since 1996, many federal programs require citizenship rather than long-term residency as a condition of participating and receiving benefits. Some of those requirements were later rolled back, but many immigrants might be under the impression that they are still in place.

One intriguing but unexplained finding of this report is that the gap in naturalization rates between refugees and other foreign-born arrivals has closed. Refugees from regions other than Asia once were far more likely to naturalize than others, but that is no longer true. The analysis covers only refugees who arrived since 1980. It could be that the smaller number of new refugees in the population, compared with 10 years ago, may be affecting the analysis. 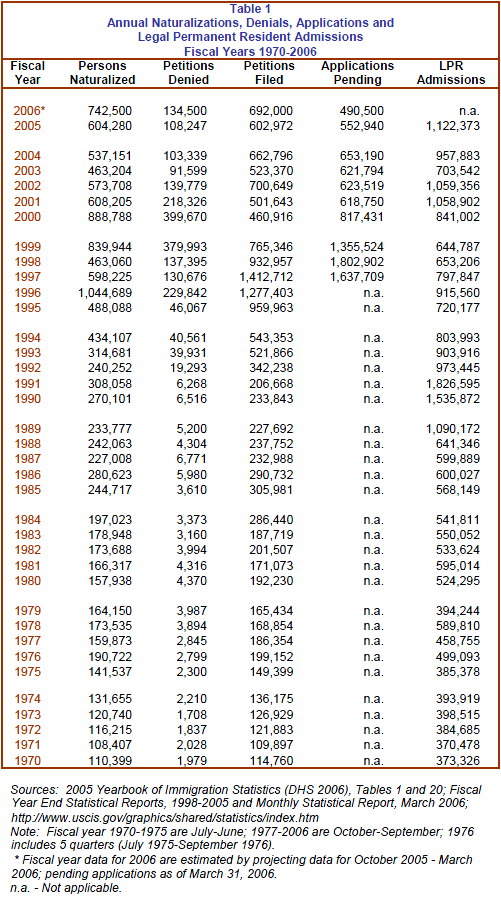 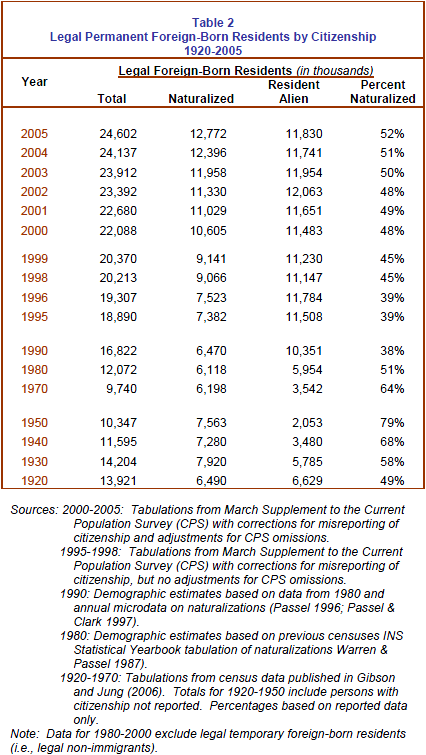 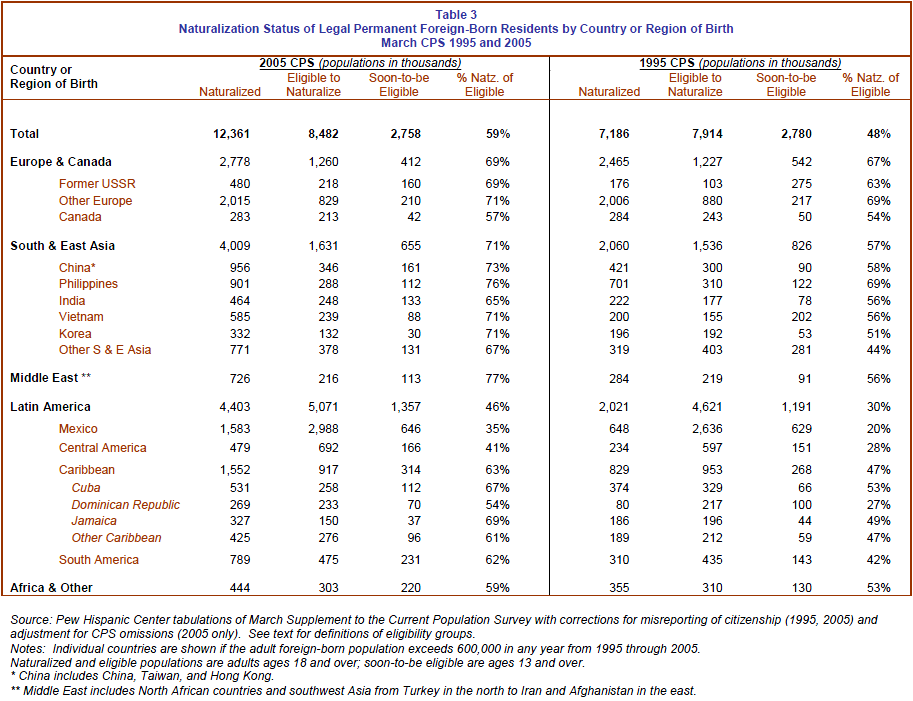 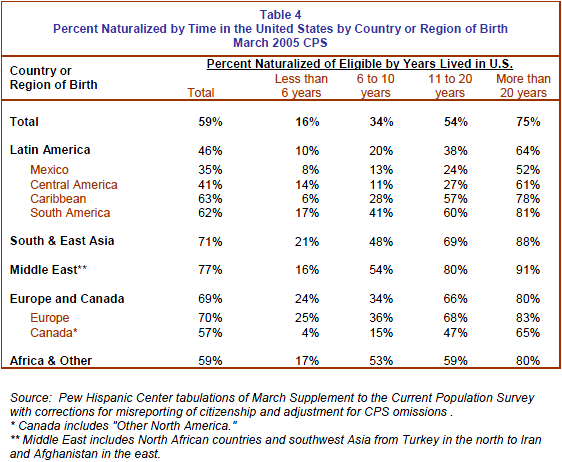 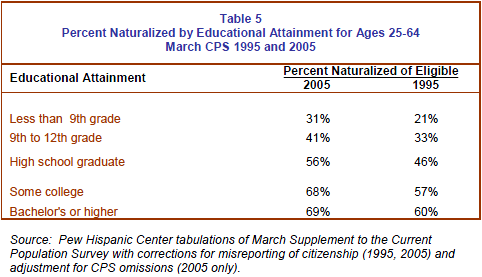 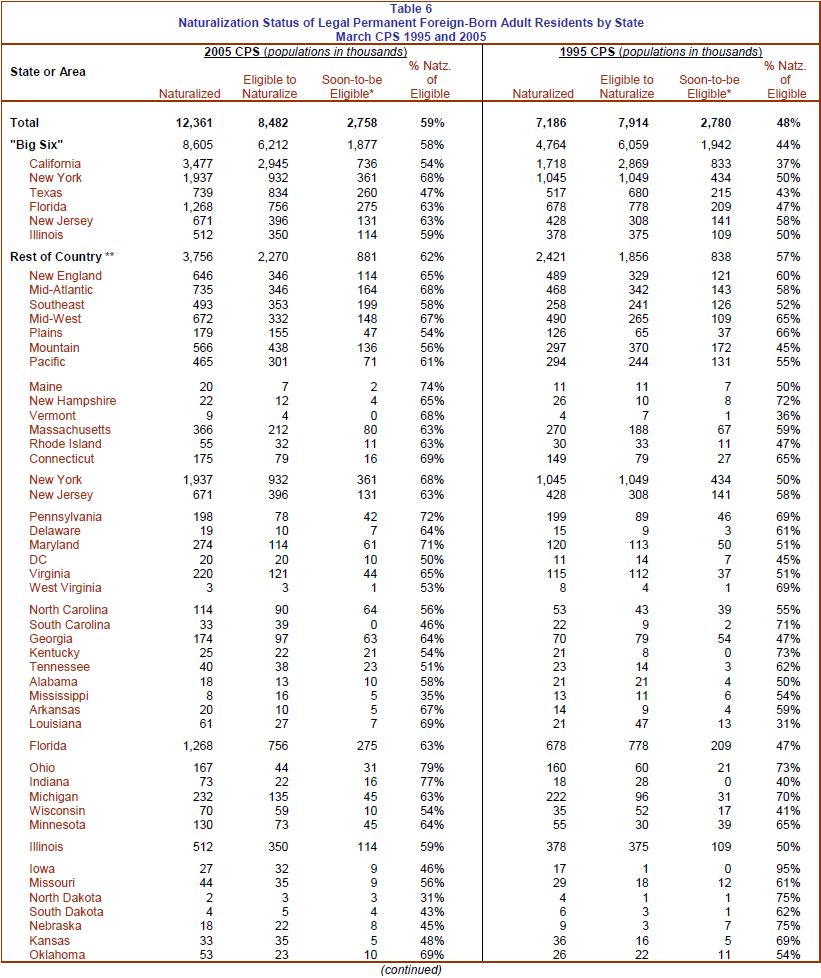 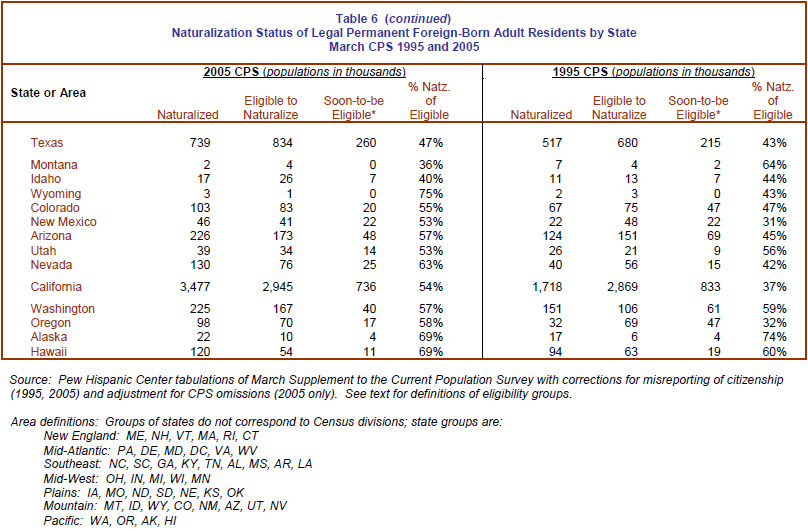 Next: Appendix B: Tables
← Prev Page
Page1Page2Page3Page4Page5Page6Page7You are reading page8Page9
Next Page →