High levels of employment for men but not for women

There were approximately 7.2 million unauthorized migrants in the civilian labor force in March 2005, accounting for about 4.9% of the U.S. workforce of 148 million workers.

Among unauthorized migrants of working age (18 to 64 years old), 94% of males were in the civilian labor force, compared with 86% of male legal immigrants and 83% 0f native-born males. (See Figure 8.) 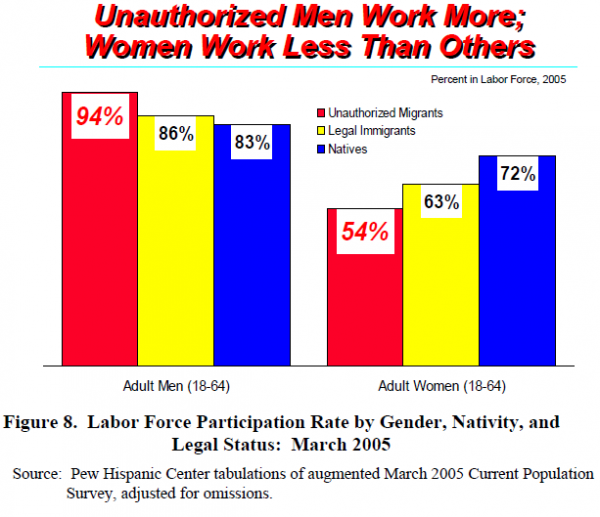 Unauthorized females, on the other hand, were less likely to be in the labor force than legal immigrants or native-born women. About 54% of unauthorized women were in the labor force, compared with 63% for legal immigrants and 72% for native-born women. The lower representation for women is likely due to several factors. The principal reason is the presence of young children in the family. Secondly, married women are less likely to participate in the workforce than unmarried women. Immigrant women are more likely to marry than natives. And, because of higher fertility rates, immigrant women are more likely to have children. 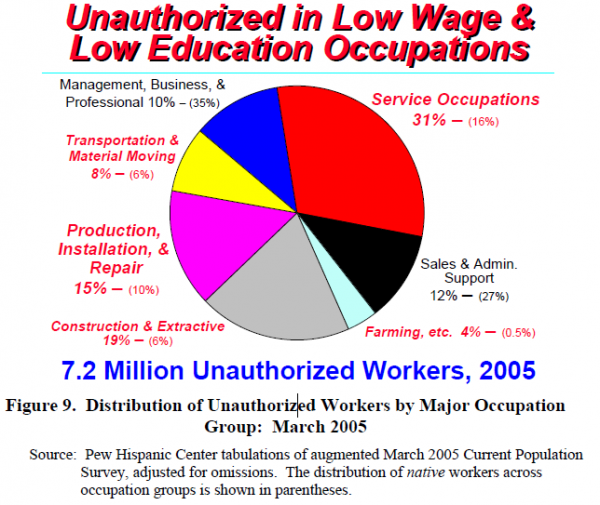 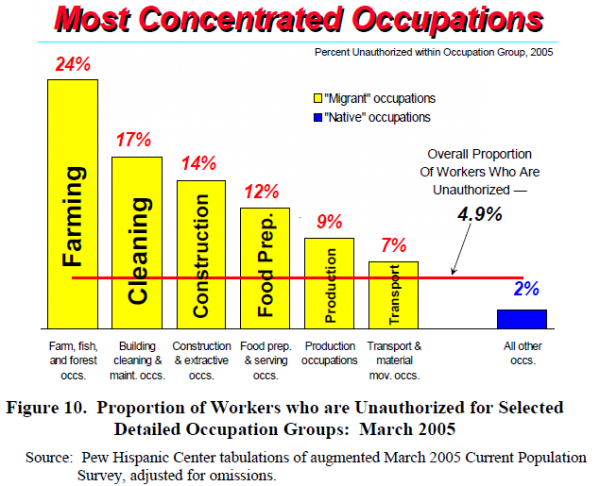 The CPS collects extensive employment data which allows a still more detailed look at the occupations of the unauthorized. There are a variety of detailed occupations in which unauthorized workers make up more than a quarter of all the workers employed. Of course, these specific occupations tend to be found in the occupation groups described above. Moreover, they tend to share the characteristics noted earlier: little or no formal education is required; no licensing is involved; and major preparation can involve on-the-job training. Table 1 shows specific occupations with at least 50,000 workers nationally and in which the representation of unauthorized workers was more than three times their 4.9% share of the civilian workforce. The unauthorized represented: 36% of all insulation workers; 29% of all roofers, drywall installers, and miscellaneous agricultural workers; 27% of all butchers, other food processing workers, and construction helpers. 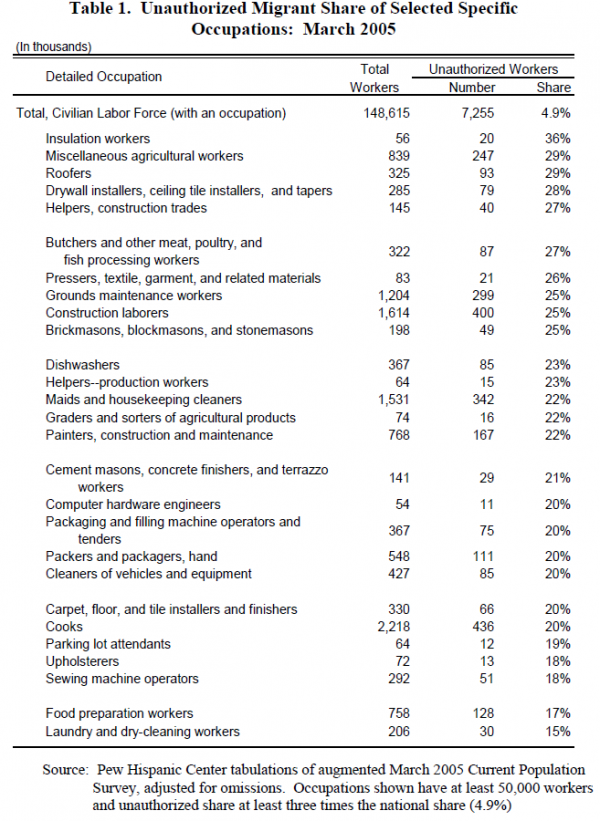 A somewhat different picture emerges from looking at employment data by industry rather than occupation. The concentration of unauthorized workers in major industries is not as marked as the concentration in broad occupation groups. Only in “leisure & hospitality” and in “construction” does the share of unauthorized workers greatly exceed the share of natives. About one in five unauthorized workers was in the construction industry (20%) and one in six is in the leisure & hospitality industry (17%) in March 2005. Only about 7%–8% of native workers were in each of these industries. Neither of these industries tends to require formal credentials from many of their prospective workers. Further, there are many occupations in these industries that require very little formal education. In several industries including services, wholesale and retail trade, manufacturing, and professional and business services, the unauthorized are employed in roughly the same shares of natives. (See Figure 11.) 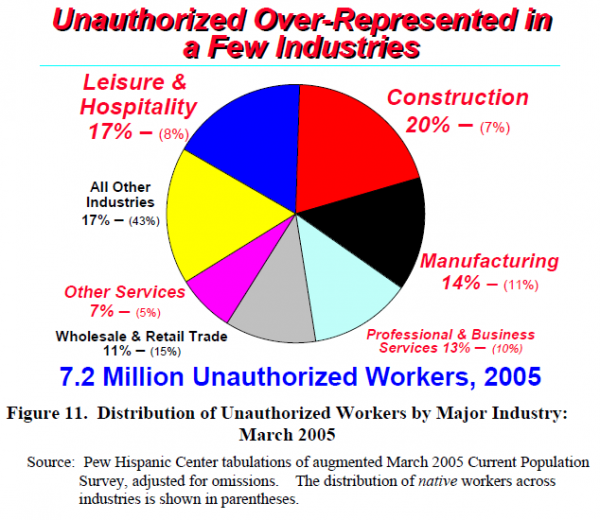 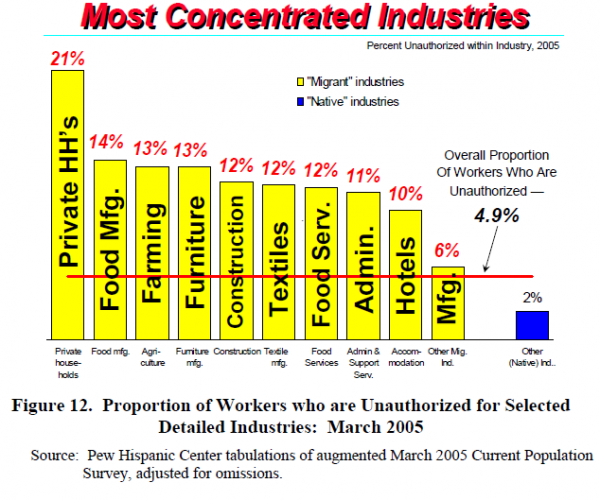 Next: Note on Methods and Terminology
← Prev Page
Page1Page2Page3You are reading page4Page5
Next Page →