Below are specific findings about news media attitudes and habits in Denmark. The findings come from a Pew Research Center survey about news media and politics across eight Western European countries conducted from Oct. 30 to Dec. 20, 2017. The survey covered five countries in the north (Denmark, Germany, the Netherlands, Sweden and the United Kingdom) and three in the south (France, Italy and Spain).

Views of the news media in Denmark 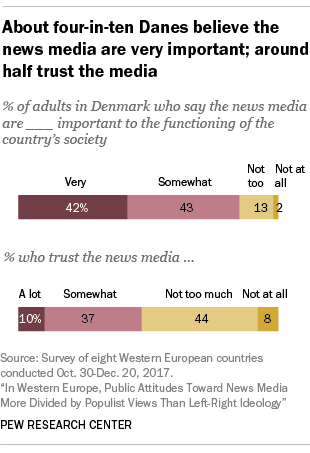 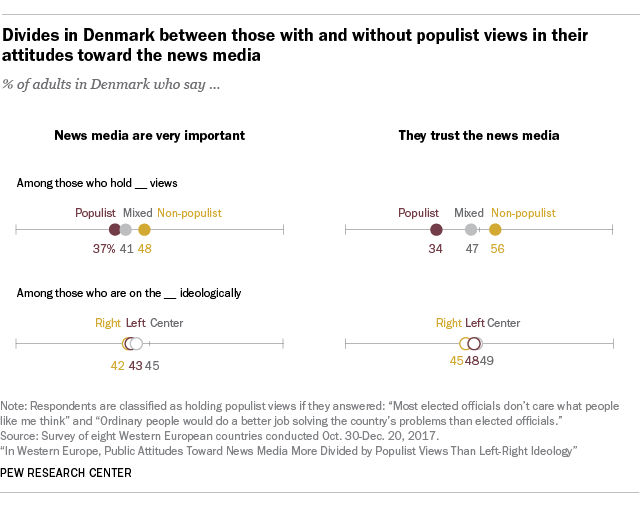 In Denmark, those on the left and right differ somewhat in the media sources they turn to most for news, but both sides name the same top two main sources (DR News and TV 2 News). 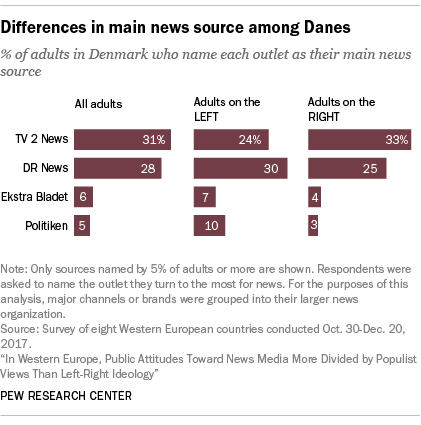 For many of the news outlets across the eight countries, people who use an outlet to get news tend to think the outlet is closer to their own left-right ideological position. In Denmark, this is true for seven of the eight outlets asked about: DR News, TV 2 News, Politiken, Jyllands-Posten, Ekstra Bladet, Børsen and Information. For these outlets, news users on either the right or left tend to place them closer to their own ideology. The one exception is the tabloid newspaper BT, which right- and left-aligned news users agree on its placement. 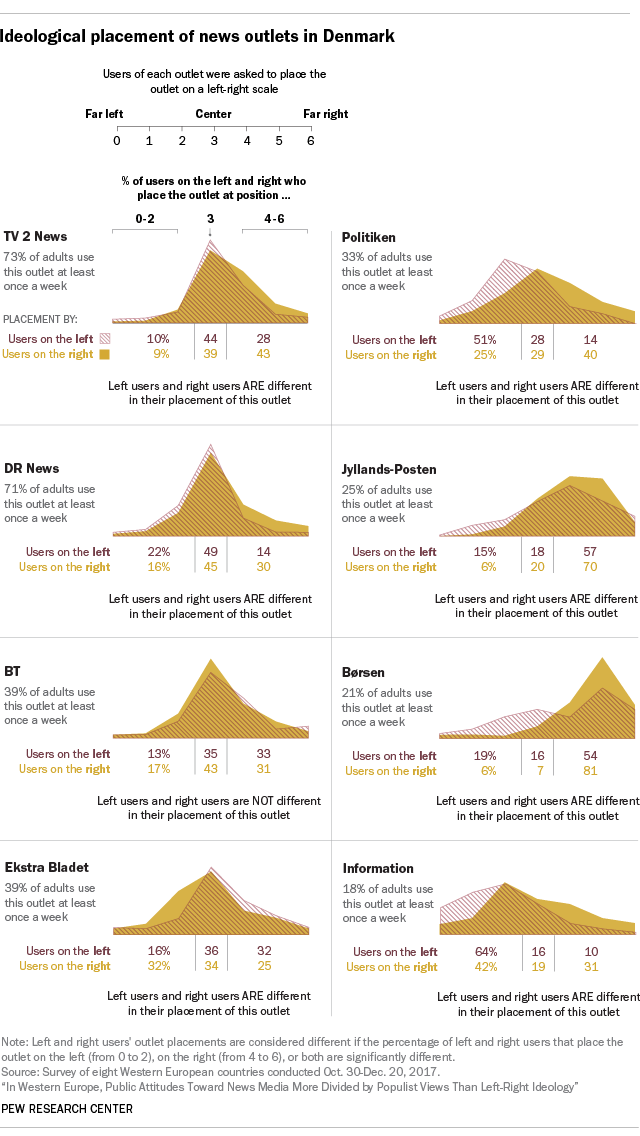 Denmark is a slight exception. For some outlets, while outlets’ news audiences are near the ideological center, people who have heard of each outlet tend to think the outlets lean slightly more to the right. Børsen, for example, has an audience that sits at about the middle of the left-right spectrum (3.5 on the 0-to-6 scale), but when asked to place the outlet on the same left-right scale, people who have heard of Børsen place it farther to the right (at 4.2). For most of the outlets asked about in Denmark, though, there is little difference between where people place each outlet and its audience’s ideological position.

In seven of the eight countries surveyed, the most trusted news outlet asked about is the public news organization in each country. This is the case in Denmark, where the two most trusted outlets, TV 2 News (trusted by 80% of Danes) and DR News (trusted by 79%) are both public broadcasters. 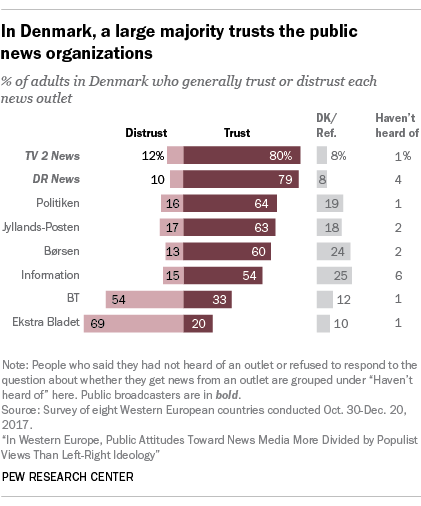 In Denmark, these differences are stark. For example, those with populist leanings are 22 percentage points less likely than those with non-populist views to say they trust Jyllands-Posten. When it comes to left-right ideological differences, though, those who place themselves on the left of the 0-to-6 ideological scale are only 11 percentage points less likely than people on the right to trust Jyllands-Posten. 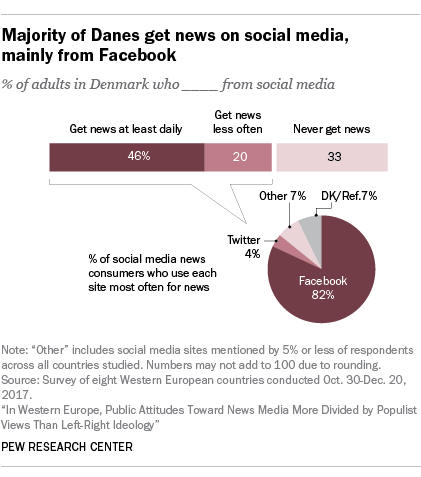 Social media news consumers in Denmark are similar to other Western Europeans – 72% are familiar with the news sources they find on social media, but roughly a fifth do not pay attention to the sources there. 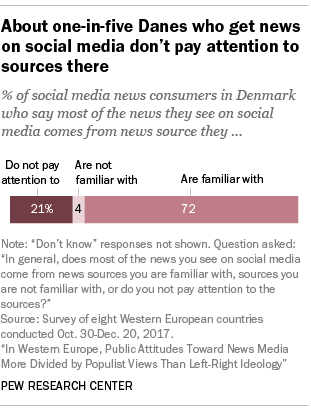 Read the methodology and full report for more on Denmark and the other seven Western European countries included in the survey. For global data on media habits and attitudes see the report “Publics Globally Want Unbiased News Coverage, but Are Divided on Whether Their News Media Deliver.”