For this report, we grouped people into two political categories: those who support the governing political party (or parties) and those who do not. These categories were coded based on the party or parties in power at the time the survey was fielded, and on respondents’ answers to a question asking them which political party, if any, they identified with in their country.1

Survey respondents who did not indicate support for any political party, or who refused to identify with one, were considered to be not supporting the government in power.

In some countries, no respondents identified with one or more of the parties currently in a coalition government. Countries where an insufficient number of people identified with any party in government have been excluded from the analysis. Below is a table that outlines the governing political parties in each country; only political parties mentioned by respondents are shown. 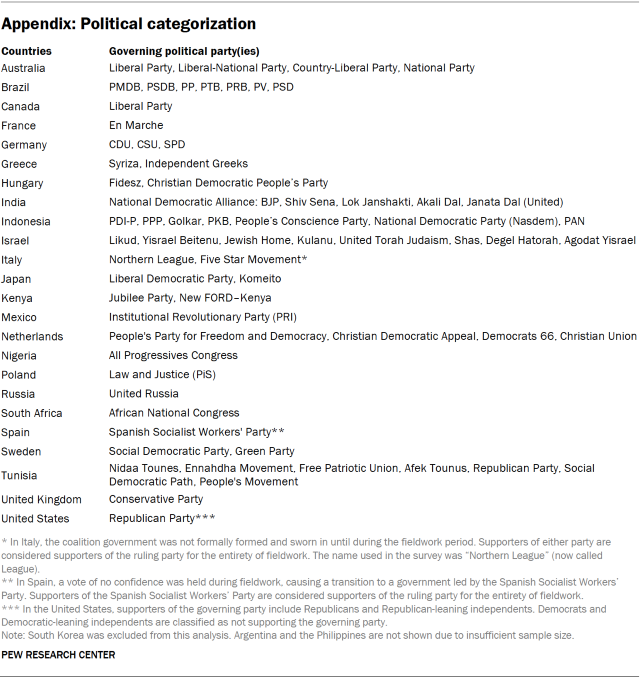 Next: Acknowledgments
← Prev Page
Page1Page2You are reading page3Page4
Next Page →