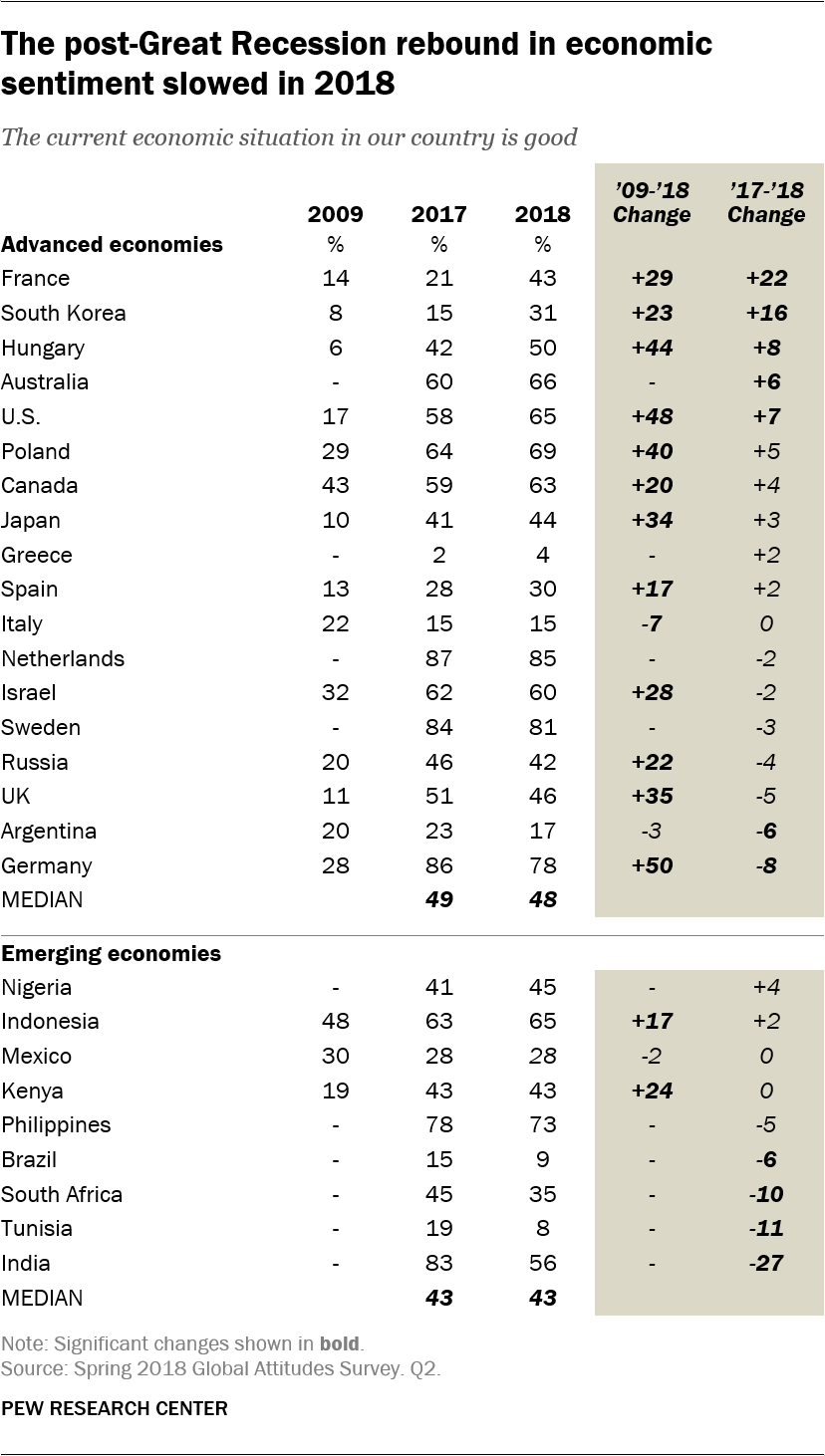 A decade ago, there was pervasive economic gloom in advanced economies. The mood then rebounded, and, by 2017, a median of 45% in 27 nations said their economy was good. Positive economic assessments have leveled off since then, but the improvement in public views of the economy have been dramatic over the course of the decade.

In Germany, 78% of adults today view economic conditions in their country as good, up 50 points since 2009. Approval of the economy is up 48 points in the U.S. and 35 points in the UK over the same period.

In only a few of the advanced economies surveyed is the public particularly down beat about economic conditions. In Greece, only 4% say their economy is good, essentially unchanged since the first Pew Research survey there in 2012. Just 15% in Italy give their economy a thumbs-up. Italy is the only advanced economy surveyed in both 2016 and 2018 where the economic mood has soured over that two-year period.

Current economic perceptions are often filtered through a partisan lens based on who is in power and the respondent’s political leanings. The differences can be quite substantial.

Next: 2. Expectations for the future
← Prev Page
Page1You are reading page2Page3Page4Page5Page6Page7Page8
Next Page →