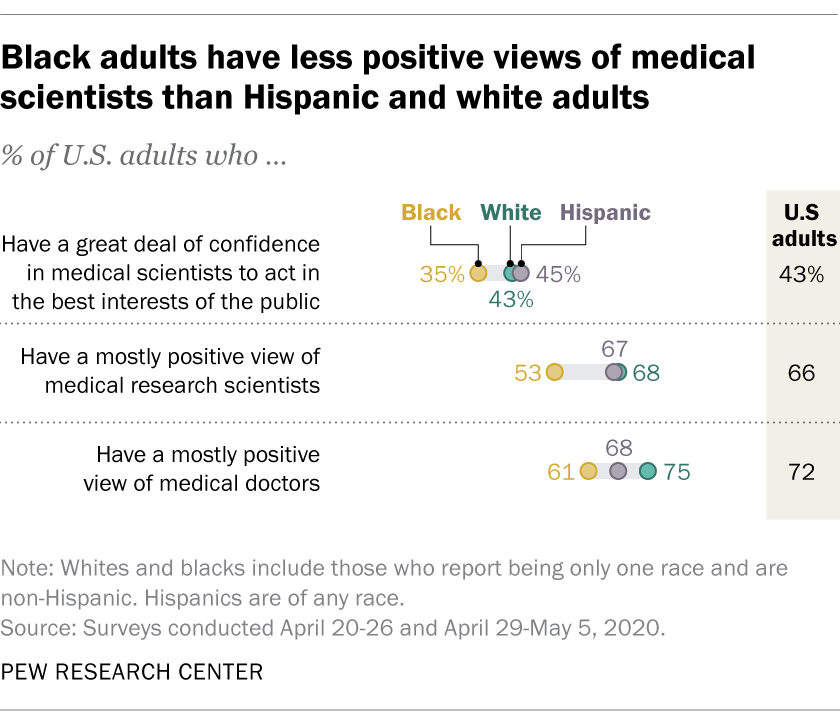 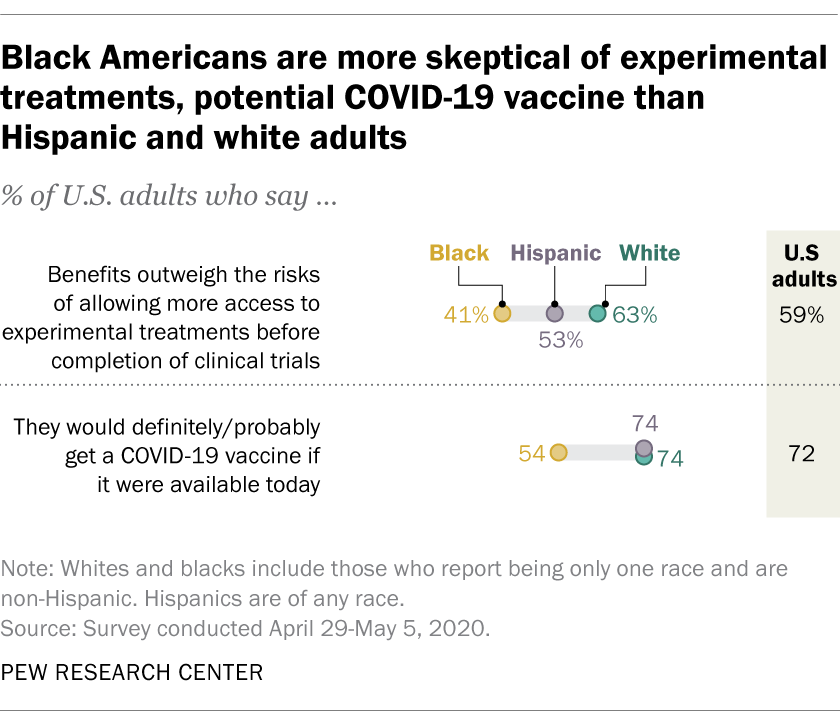 Key facts about Black eligible voters in 2020 battleground states
Black U.S. adults follow many COVID-19 news topics more closely, discuss the outbreak more frequently
Black Americans stand out for their concern about COVID-19; 61% say they plan to get vaccinated or already have
Financial and health impacts of COVID-19 vary widely by race and ethnicity
Views on why Black Americans face higher COVID-19 hospitalization rates vary by party, race and ethnicity