Americans’ anxieties about privacy extend to the realm of digital romance. Some 30% of U.S. adults say they have ever used a dating app or site, and among them, a majority (57%) report being either very or somewhat concerned about how much data such services collect about them.

Pew Research Center has studied the phenomenon of online dating in the U.S. for years. This post sought to explore whether online dating raised the same privacy concerns among users that have been expressed about other platforms and apps.

These findings from a Pew Research Center survey in October 2019 emerge amid broad public concerns about privacy. Dating sites and apps are part of this landscape because they collect personal information about users from their profiles, which cover such things as their sexual orientation and preferences, occupations, hobbies and other interests. Moreover, Norwegian researchers reported earlier this year that some popular dating services were sharing personal data with other firms, including users’ answers to some sensitive questions. 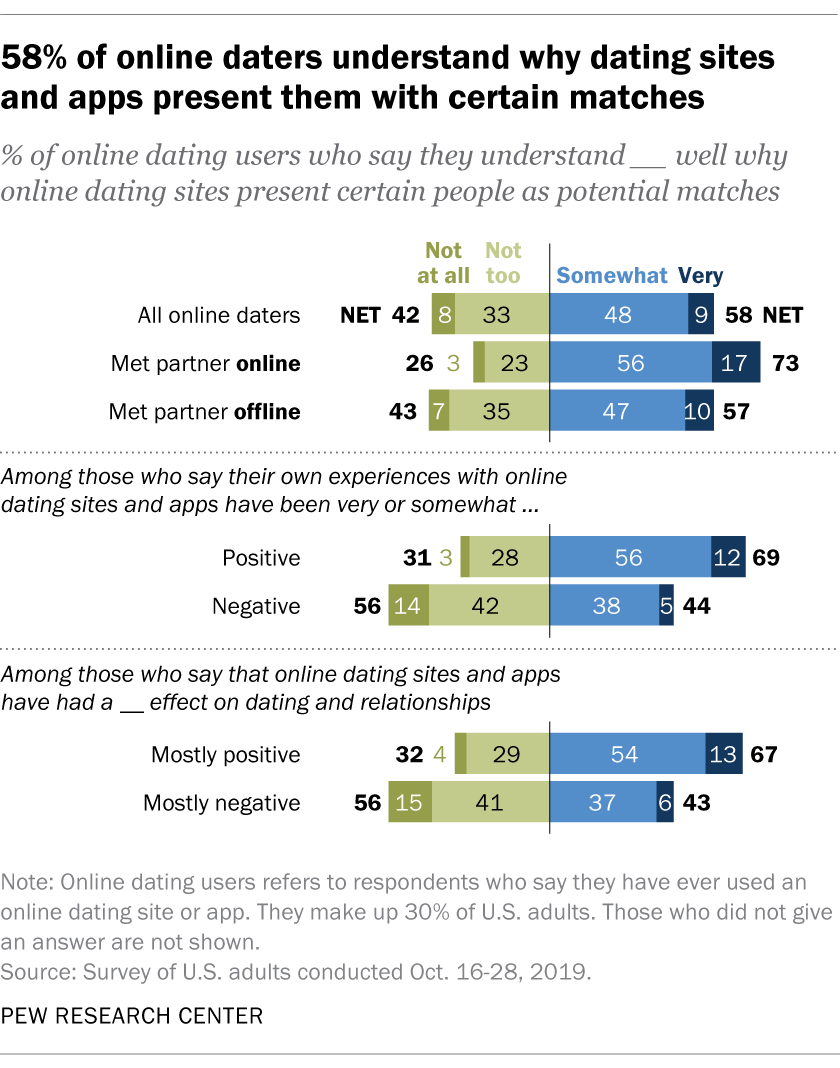 Individuals’ understanding of the digital matchmaking process is tied to their experiences with and attitudes about online dating. Users who have had better experiences with online dating are more likely to say they understand the algorithms, as are those who hold rosier views about online dating’s impact on dating and relationships. Demographics like gender and age are not strongly tied to knowledge of the digital matchmaking process.