To examine Americans’ familiarity with QAnon, we used data from a survey of 10,300 U.S. adults conducted in February and March 2020 as part of the Center’s nearly yearlong Election News Pathways project.

All survey participants are members of Pew Research Center’s American Trends Panel, a nationally representative online survey panel. Panelists were recruited by telephone or mail so that nearly every U.S. adult has a known chance of being selected. The data is weighted to further ensure it reflects the U.S. adult population by gender, race, ethnicity, partisan affiliation, education and other categories.

Here are the questions asked in this survey, along with responses, and its methodology. Visit our interactive data tool to access the data on QAnon and other issues related to news and the election. 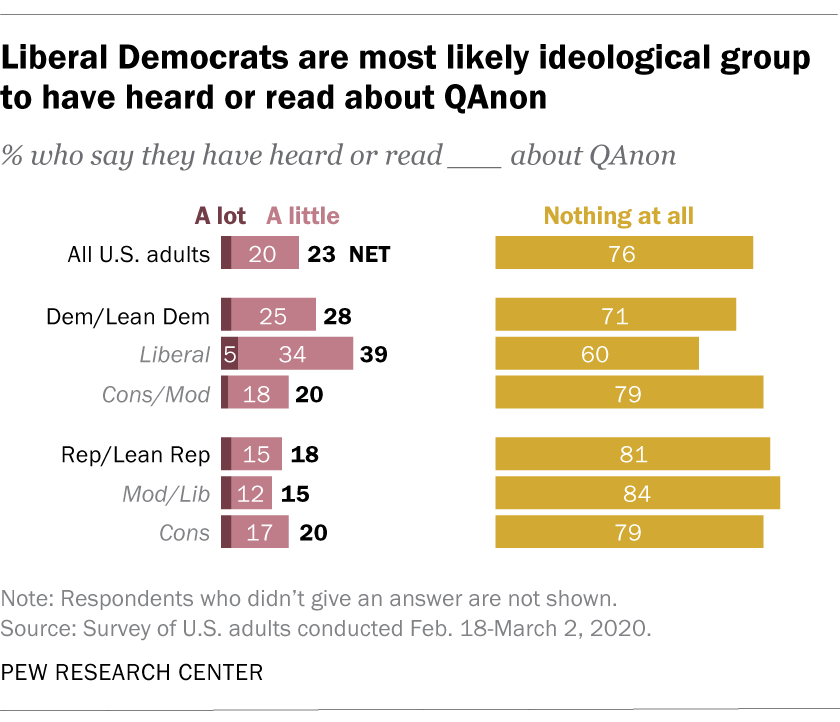 About three-in-ten Democrats and Democratic-leaning independents (28%) say they’ve heard or read a little or a lot about QAnon, compared with 18% of Republicans and those who lean toward the GOP. Overall, 3% of those in or leaning toward both parties say they have heard or read a lot about the conspiracy theories. 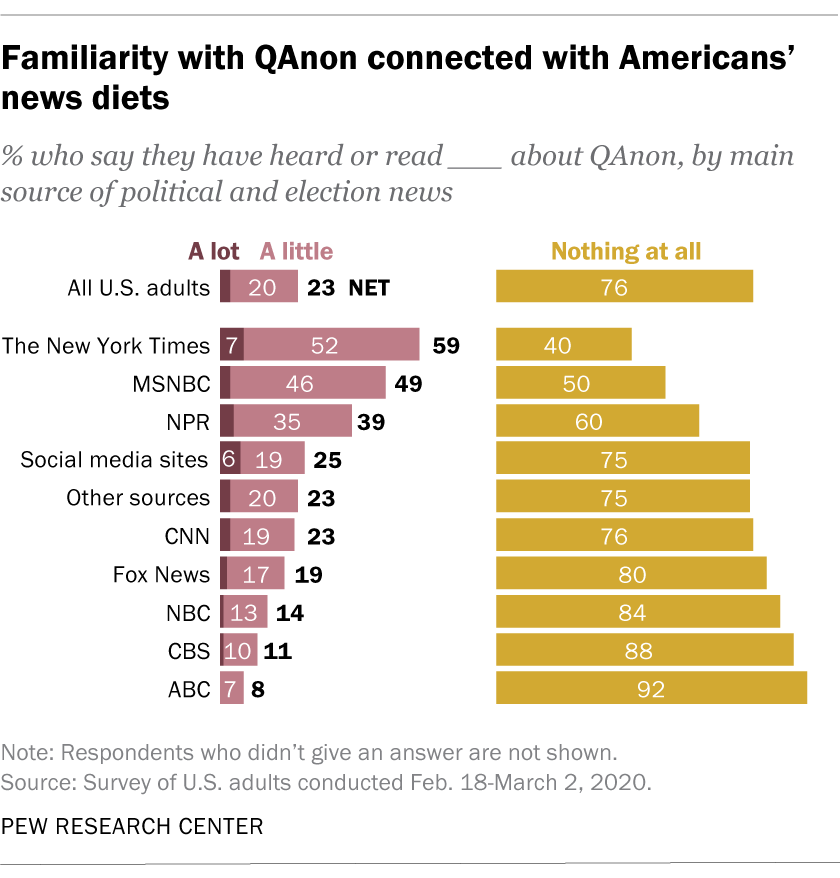 Overall, 25% of adults who name a social media site as their main source of election news say they have heard or read at least a little about QAnon, according to the recent survey. 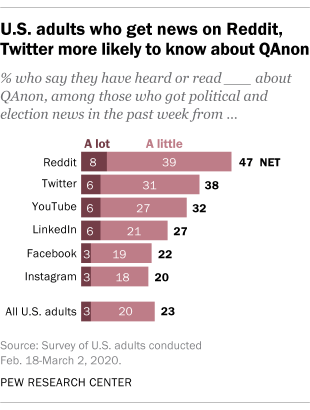 Knowledge of QAnon varies based on the social media platform used in the past week for election news. For example, people who got news from Reddit or Twitter are most likely to say they’ve heard or read a lot (8% and 6%, respectively) or a little (39% of Reddit users and 31% of Twitter users) about the conspiracy theories. Those who got news from YouTube are also more likely than Americans overall to have heard or read a lot (6%) or a little (27%) about QAnon.

Around four-in-ten adults (43%) who say they follow political and election news very closely say they have heard or read at least a little about QAnon, compared with 24% of those who follow the news somewhat closely.

Correction (March 30): A previous version of this post mischaracterized the relationship between QAnon knowledge levels and social media platforms used for news. The text and the chart “U.S. adults who get news on Reddit, Twitter more likely to know about QAnon” have been updated.

5 facts about the QAnon conspiracy theories
A look at the Americans who believe there is some truth to the conspiracy theory that COVID-19 was planned
20 striking findings from 2020
Before protests, black Americans said religious sermons should address race relations
Key findings about voter engagement in the 2020 election