This analysis examines the impact of the internet and the digital divide on youth in the United States. The survey data cited here comes from a Pew Research Center poll of 743 U.S. teens conducted March 7 to April 10, 2018, using the NORC AmeriSpeak panel. AmeriSpeak is a nationally representative, probability-based panel of the U.S. household population. Randomly selected U.S. households are sampled with a known probability of selection from the NORC National Frame, and then contacted by U.S. mail, telephone or face-to-face interviewers. More details about the NORC AmeriSpeak panel methodology are available here. 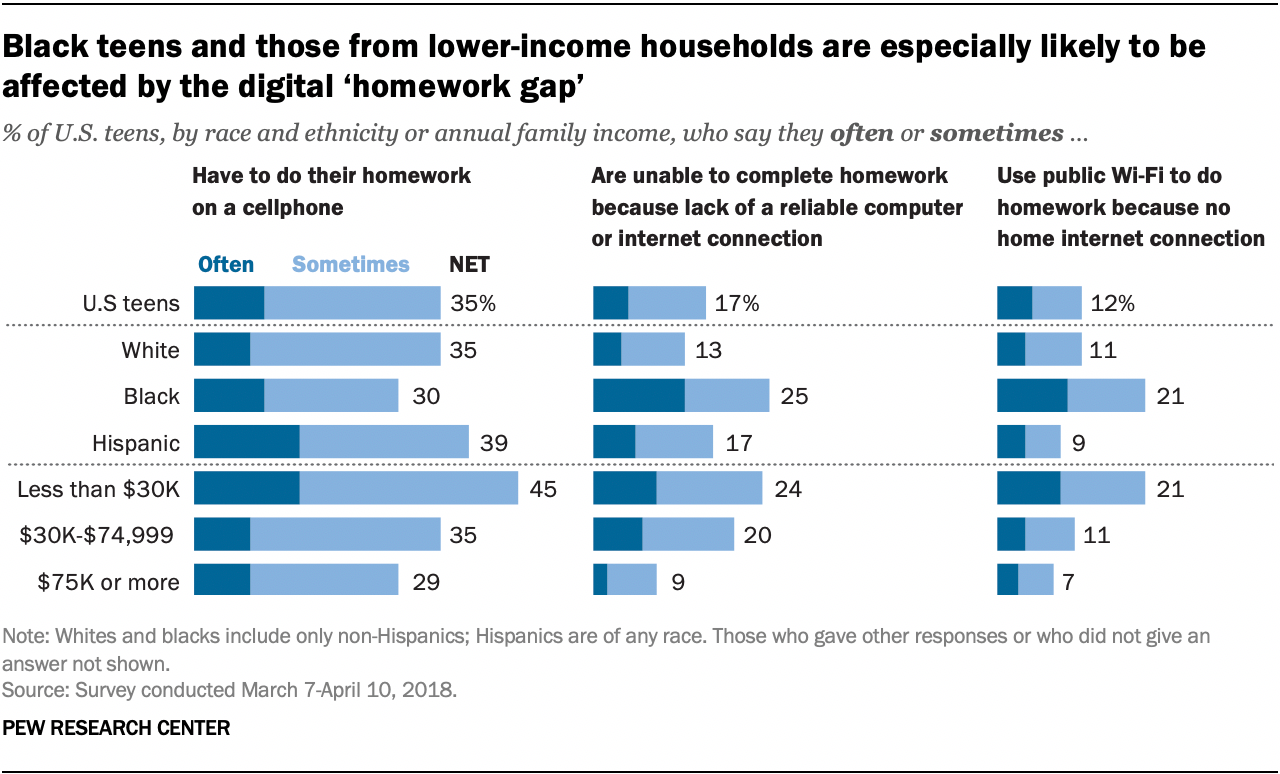