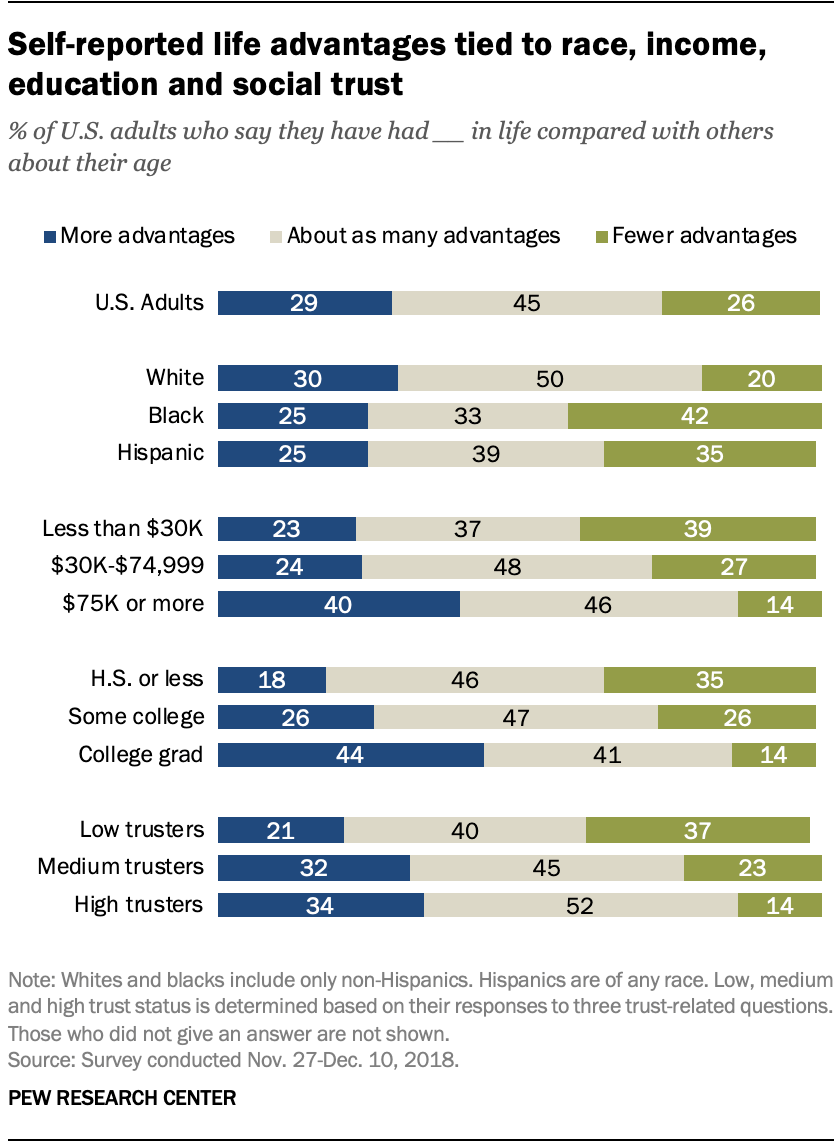 This post draws on a survey of 10,618 U.S. adults conducted Nov. 27-Dec. 10, 2018, for a report on “Trust and Distrust in America.” Everyone who took part is a member of Pew Research Center’s American Trends Panel (ATP), an online survey panel that is recruited through national, random sampling of residential addresses. This way nearly all U.S. adults have a chance of selection. The survey is weighted to be representative of the U.S. adult population by gender, race, ethnicity, partisan affiliation, education and other categories. Read more about the ATP’s methodology.

Other factors like household income and education were also closely tied to people’s feelings of advantage and disadvantage. That is, the lower the household income in a person’s life and the lower their level of education, the less likely they were to feel they have had advantages and more likely they were to feel they have faced disadvantages. For example, 39% of Americans living in households earning less than $30,000 a year reported having fewer advantages in life, compared with 27% of those whose annual household income is $30,000 to under $75,000 and only 14% of those in households earning $75,000 or more. Similarly, 35% of those with a high school education or less and 26% of those with some college education reported having fewer advantages in life. By contrast, 14% of those with a bachelor’s degree or more felt the same. 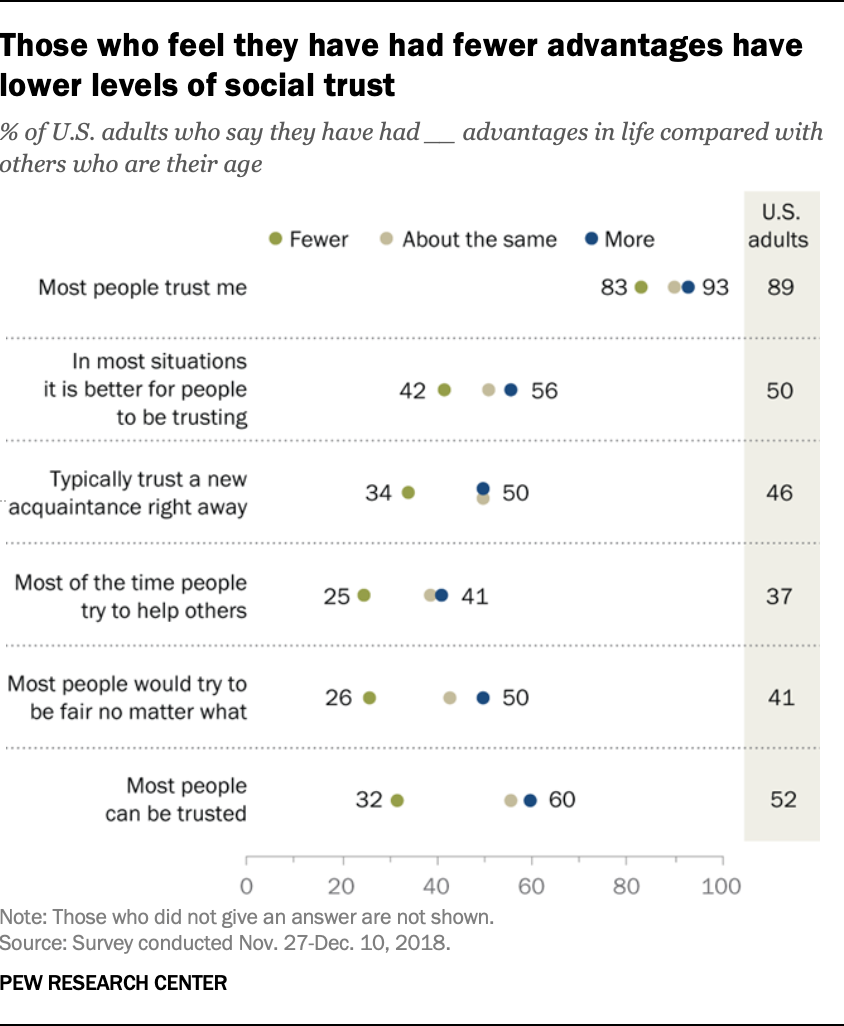 These findings come from a 2018 survey about the state of trust and distrust in America, which is part of the Center’s in-depth studies of trust, facts and democracy. As such, the Center explored the relationship between trust and self-reported advantage. Social trust – that is, trust in other people – was positively correlated with feelings of advantage. Among those displaying low levels of social trust (“low trusters”), 37% said they have had fewer advantages in life, compared with only 23% of medium trusters and 14% of high trusters.

Respondents in this survey were categorized as high, medium or low trusters depending on their response to three questions in the survey: whether, generally speaking, people can be trusted; whether most people would try to be fair no matter what; and whether most of the time people try to help others. (For more details on how these categorized were developed, please read here.)

Note: Here are the questions used for this report, along with responses, and its methodology. Download the full dataset from the Center’s study of trust and distrust in America here. (You’ll need to create an account first. You can find more details about how to download Pew Research Center datasets in this blog post.)