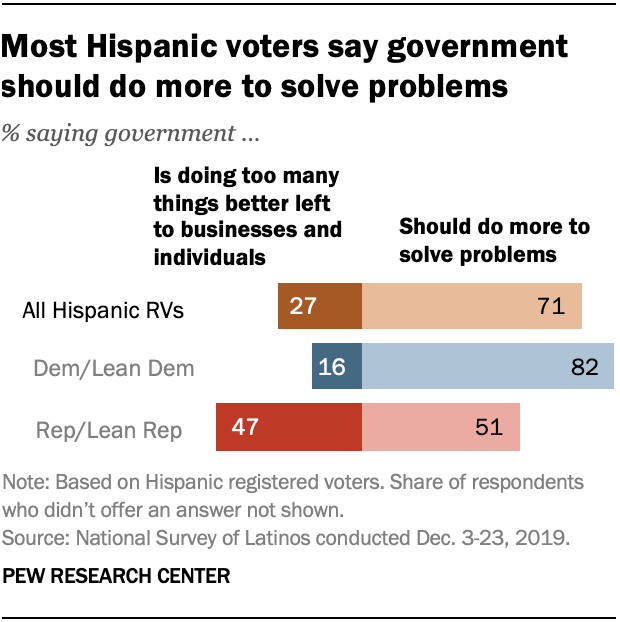 Data on the U.S. public comes from surveys also conducted on the ATP in May 2019 and September 2019. Recruiting panelists by phone or mail ensures that nearly all U.S. adults have a chance of selection. This gives us confidence that any sample can represent the whole population (see our Methods 101 explainer on random sampling), or in this case the whole U.S. Hispanic population.

To further ensure that this survey reflects a balanced cross-section of the nation’s Hispanic adults, the data is weighted to match the U.S. Hispanic adult population by gender, nativity, Hispanic origin group, education and other categories. Read more about the ATP’s methodology. Here are the questions used for our survey of Hispanic adults, along with responses, and its methodology. 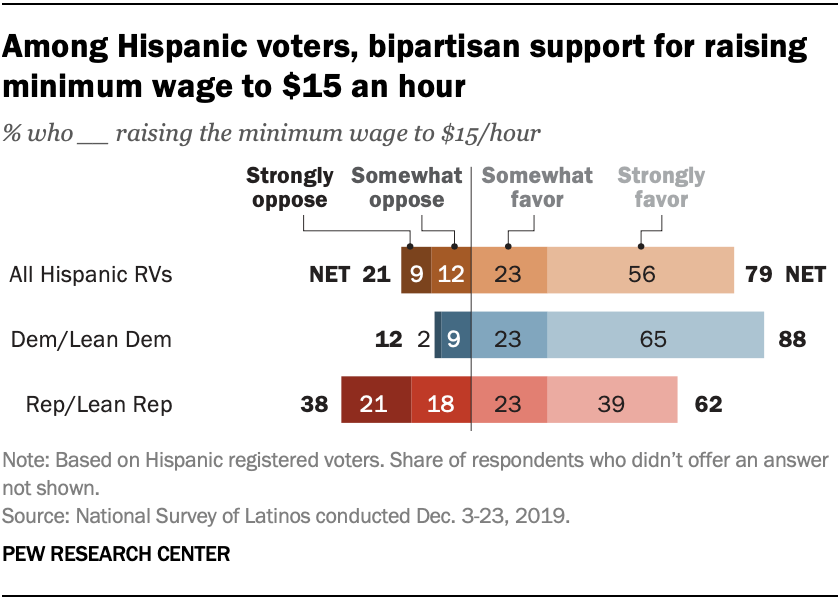 Among the U.S. public, about half of registered voters (52%) said in a September 2019 survey that the government should do more to solve problems, including 79% of Democratic voters and 22% of Republican voters.

By comparison, 65% of U.S. registered voters said in a May 2019 survey that they favored raising the minimum wage to $15 an hour, including 90% of Democratic voters and 36% of Republican voters.

In 2019, 61% of Hispanic hourly workers earned $15 or less an hour, compared with 53% of all U.S. workers, according to a Pew Research Center analysis of Census Bureau data. Hispanic workers have seen their median personal incomes bounce back from the Great Recession, though whites and Asians have seen a stronger recovery. The unemployment rate for Latinos has been at or near record lows in recent years. 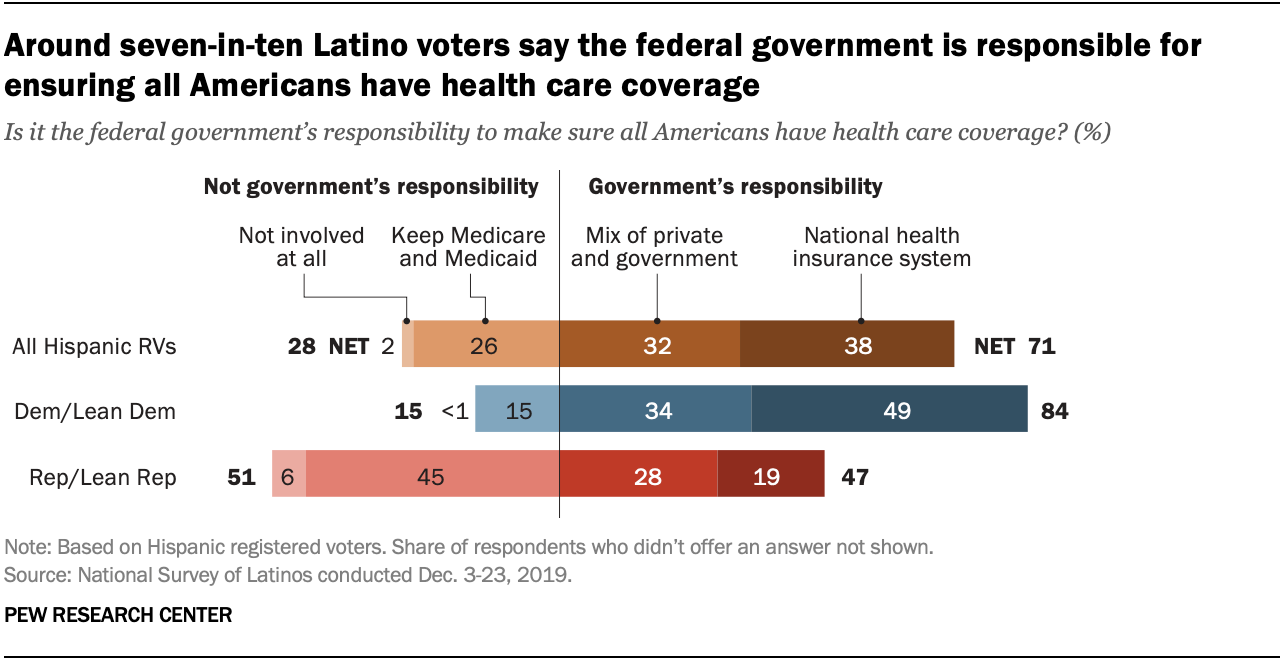 Hispanic Democrats and Republicans have different views on the role government should play in providing health coverage. About eight-in-ten Hispanic Democratic voters (84%) say it is the government’s responsibility to ensure Americans have health care, with 49% supporting a national health insurance system. Meanwhile, about half (51%) of Hispanic Republican voters say it is not the government’s responsibility to ensure universal coverage, though most in this group prefer to keep Medicare and Medicaid.

When it comes to the broader U.S. public, 57% of U.S. registered voters said in September that the government is responsible for ensuring health care coverage, including 87% of Democratic voters and 24% of Republican voters.

In 2018, 17.8% of Hispanics lacked health insurance, more than double the share among the broader U.S. public (8.5%), according to estimates from the Current Population Survey. The uninsured rate rose more for Hispanics than it did for any other major racial or ethnic group in 2018. 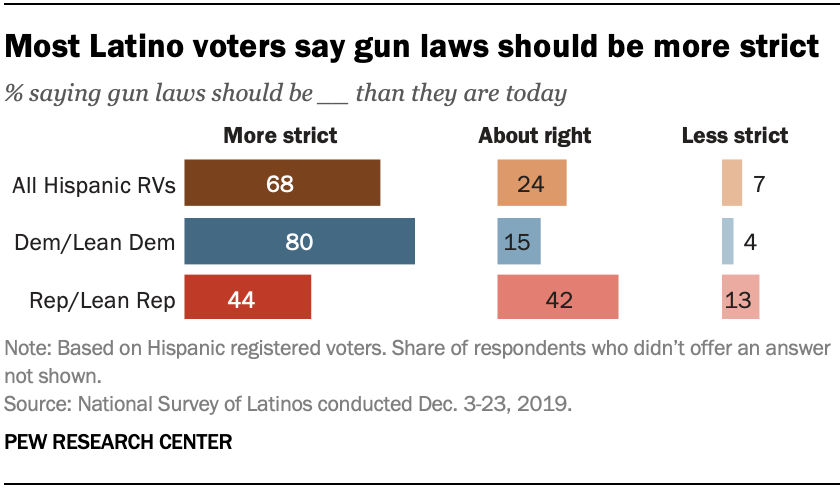 Among the U.S. public, 59% of registered voters said in September that gun laws should be stricter, including 89% of Democratic voters and 27% of Republican voters.

A 2017 Pew Research Center survey found white Americans are more than twice as likely as Hispanics to report having a gun in their household (49% vs. 21%), while 32% of black adults said the same. In the same survey, 42% of Hispanics said they knew someone who had been shot, a similar share to whites (43%). Meanwhile, 57% of black Americans said this.