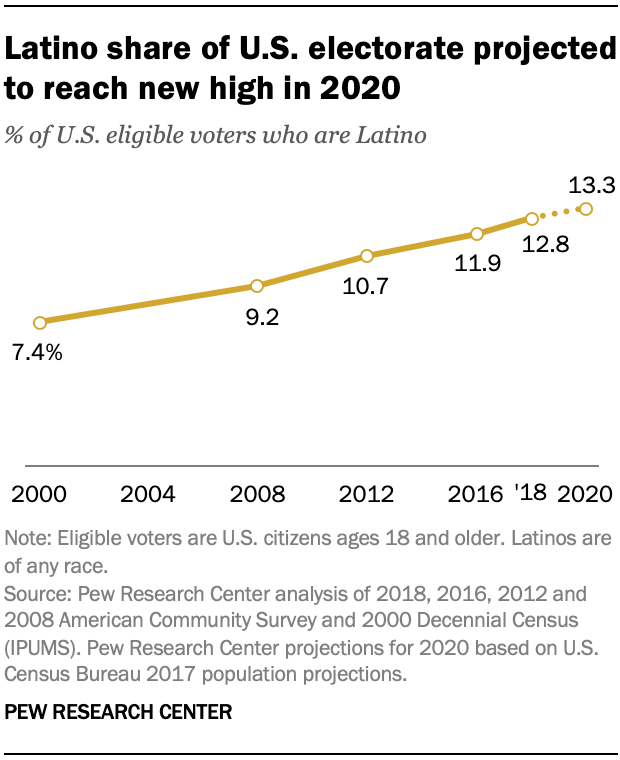 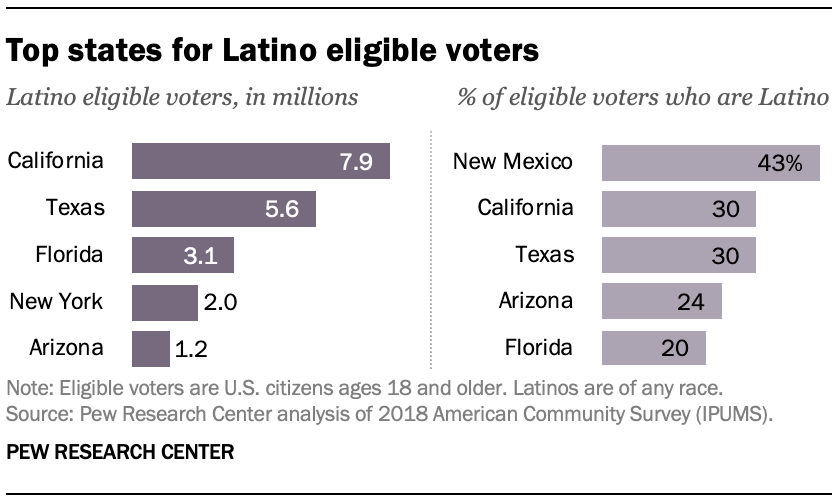 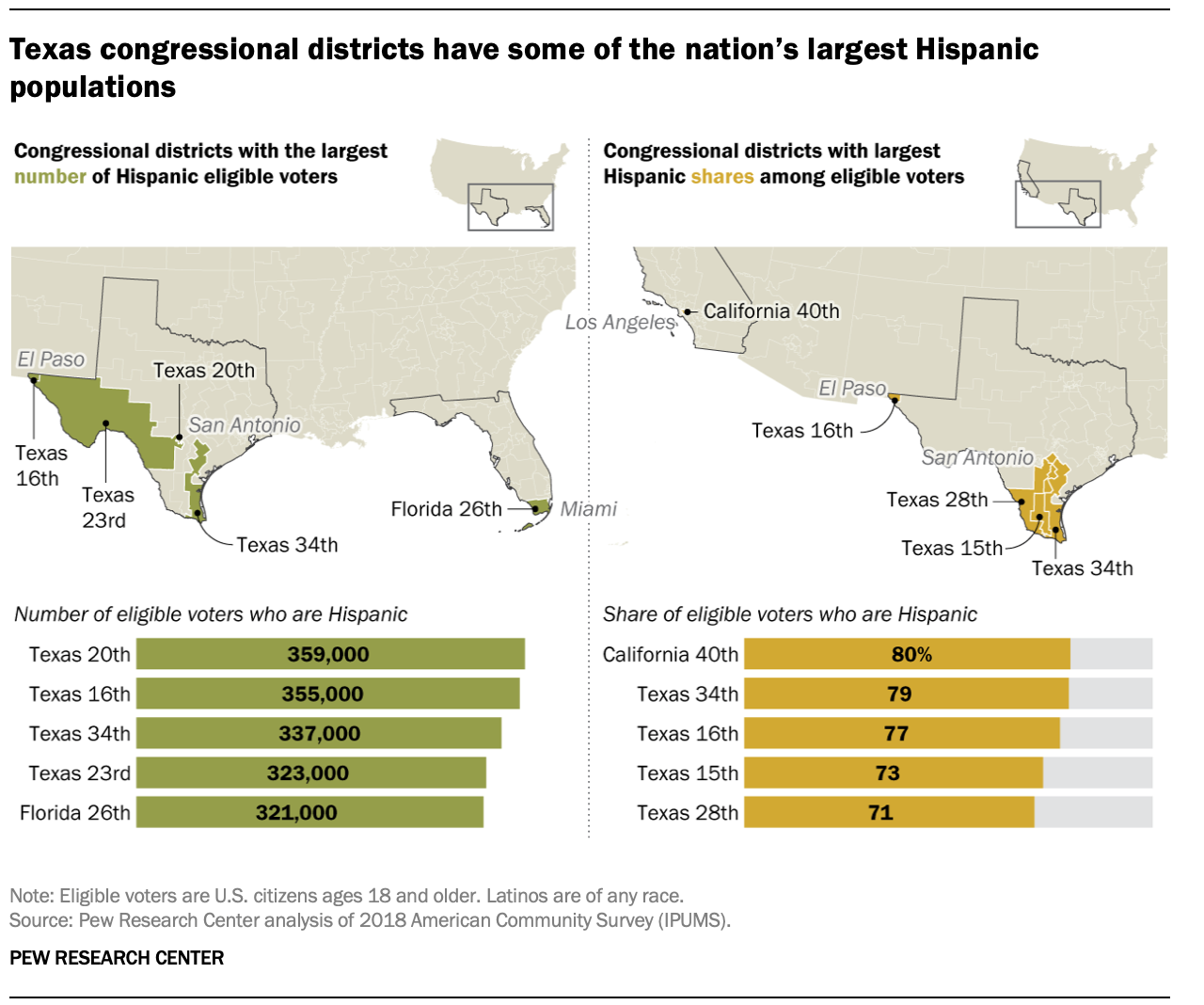 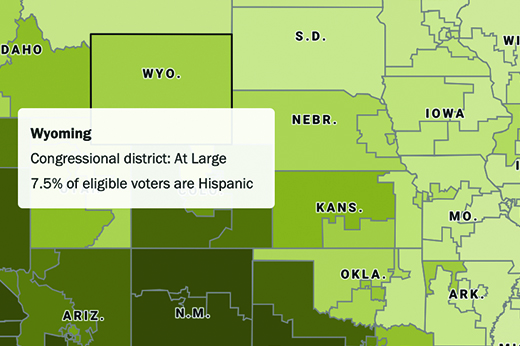 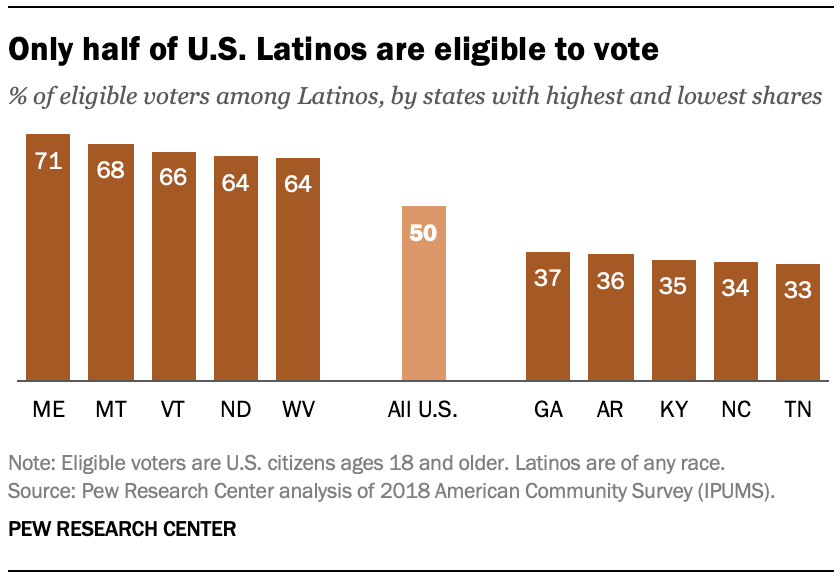 Latino Democratic voters place high importance on 2020 presidential election
Key facts about the Latino vote in 2016
Key facts about Latinos in the 2018 midterm elections
Key takeaways about Latino voters in the 2018 midterm elections
Hispanic voters say economy, health care and COVID-19 are top issues in 2020 presidential election
So far, Trump has granted clemency less frequently than any president in modern history
How people around the world see the U.S. and Donald Trump in 10 charts
Quiz: Where do you fit in the political typology?
In past elections, U.S. trailed most developed countries in voter turnout
5 facts about the QAnon conspiracy theories