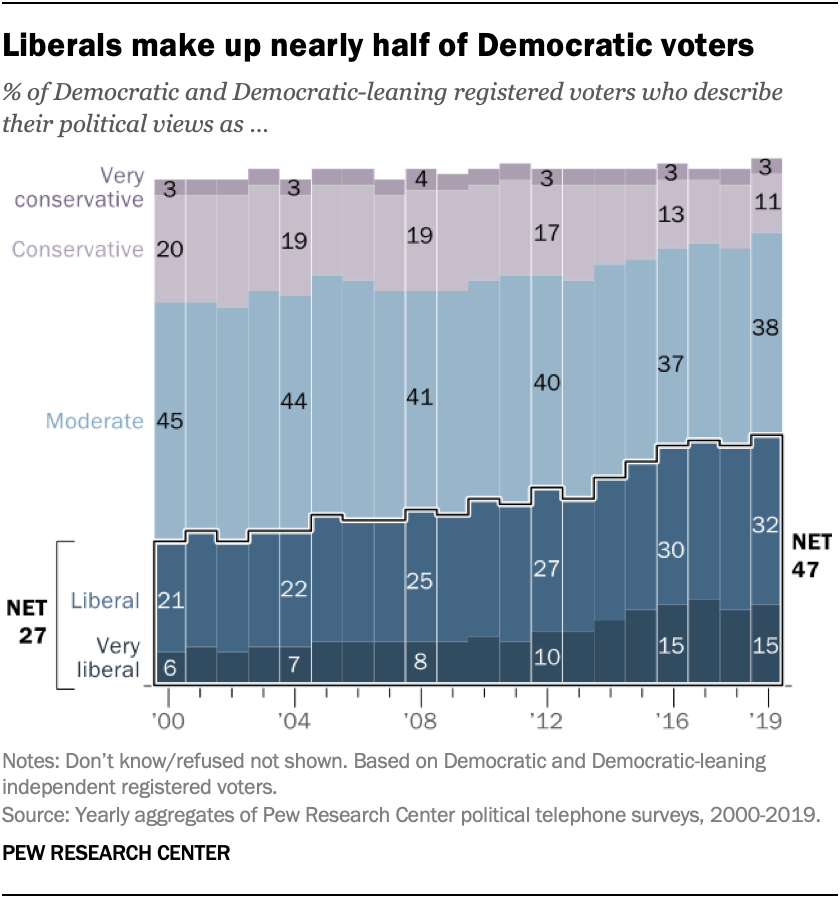 The share of Democratic voters who describe their political views as liberal has changed little over the past few years after increasing steadily between 2000 and 2016.

This analysis of changes in the self-identification of ideology among Democratic registered voters over time is based on a compilation of 239 phone surveys conducted by Pew Research Center from January 2000 through September 2019. These surveys were combined into a single, large file that allowed us to analyze data across a range of demographic characteristics, with comparisons made across different time periods. When combined, the 239 surveys represent over 150,000 interviews with Democratic or Democratic-leaning registered voters, or more than 8,000 interviews with this group each year. Yearly averages are calculated by combining all surveys for the calendar year, with appropriate weights applied. 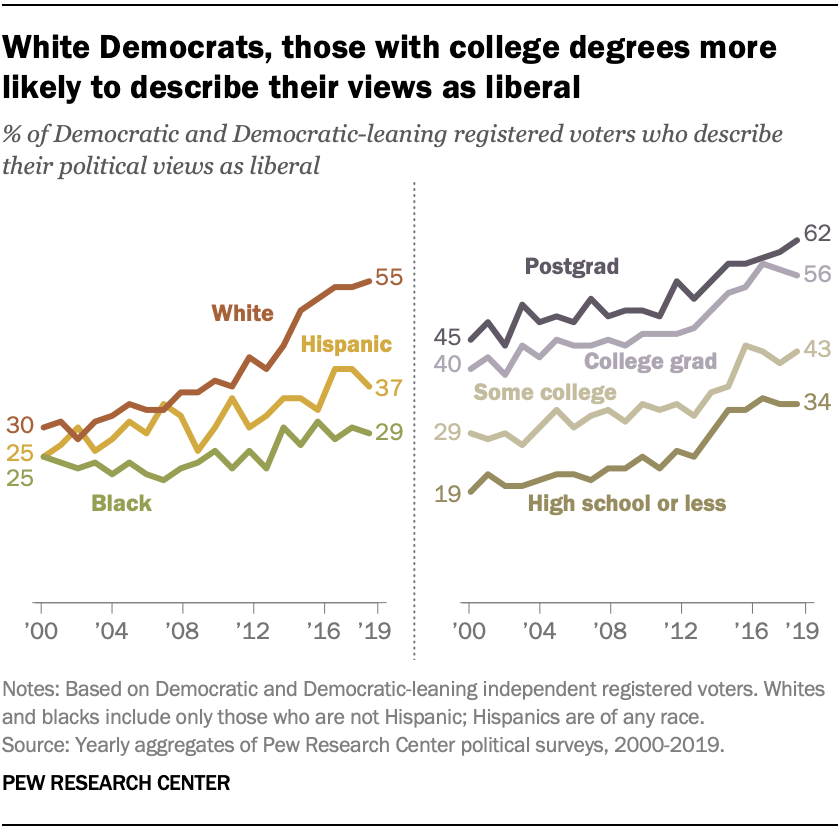 Since 2000, the share of black Democrats who describe their political views as liberal has changed little, while liberal identification among white Democrats has nearly doubled.

Among Hispanic Democratic voters, 38% described their political views as moderate in 2019, while 37% called themselves liberal and 22% conservative.