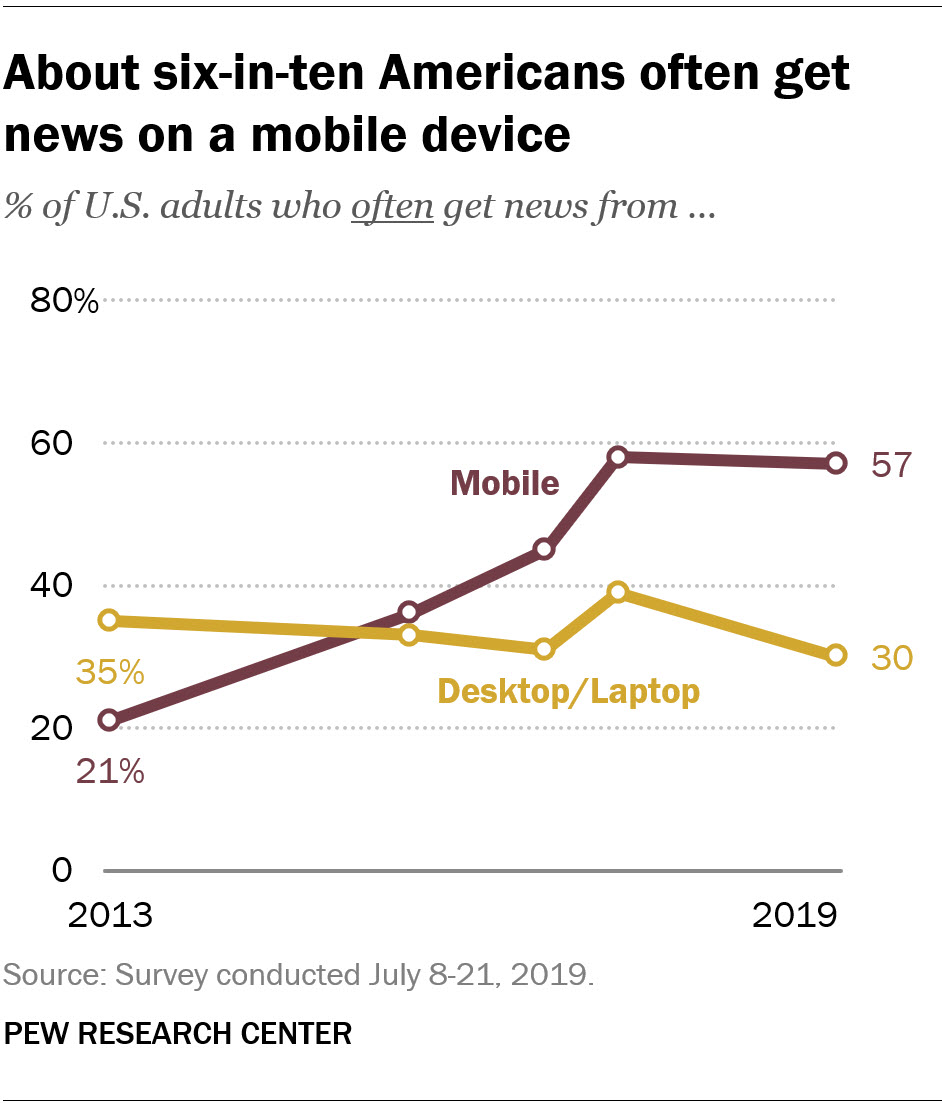 Mobile also outpaces desktop when it comes to more occasional use of digital devices for news. Eight-in-ten U.S. adults get news on mobile devices either sometimes or often. By comparison, six-in-ten Americans get news using a desktop or laptop computer at least sometimes. Overall, a majority of U.S. adults (82%) get news online at least sometimes, whether from mobile devices or desktop or laptop computers. 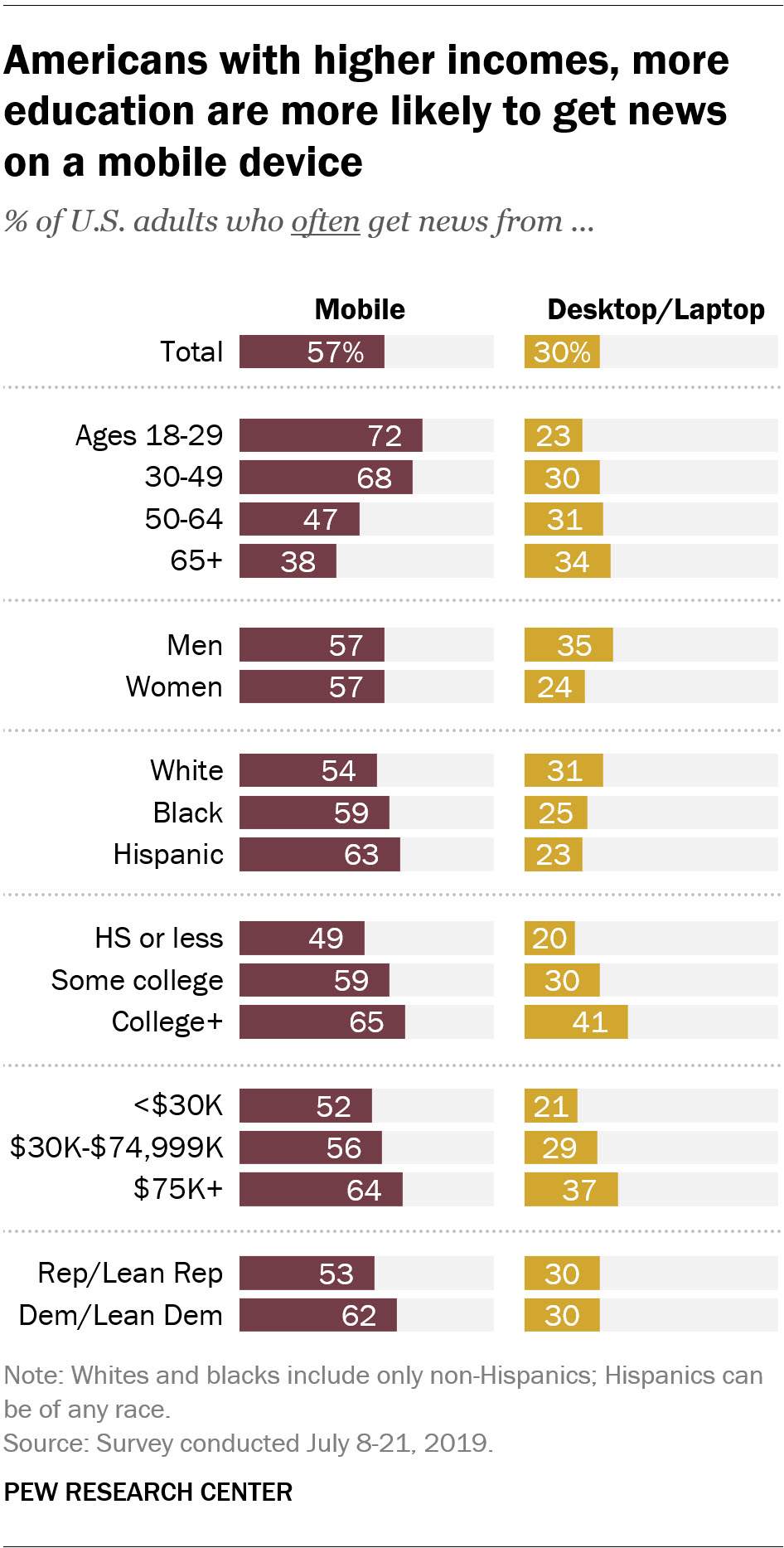 Race and partisanship also play a role in mobile news use. For example, about six-in-ten Hispanic adults (63%) often get news through a mobile device, compared with 54% of whites. The opposite is true when it comes to getting news on desktop or laptop computers (23% among Hispanic adults vs. 31% of whites). Black adults fall between Hispanic and white adults on this question.

Men and women get news on mobile at similar rates, but men are more likely than women to often get news on a desktop or laptop (35% vs. 24%). 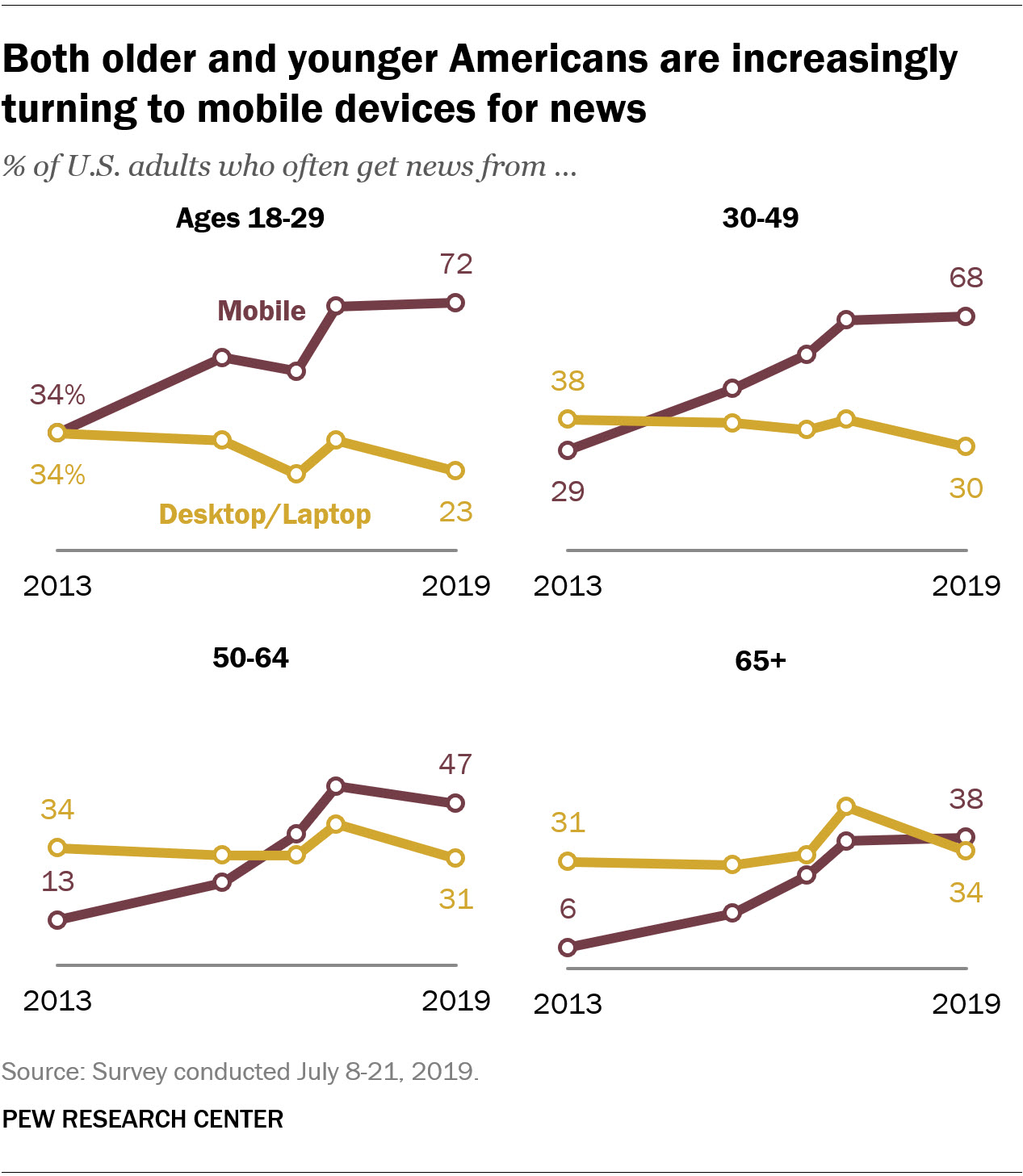 The adoption of mobile devices for news has been driven by both younger and older Americans, with some of the sharpest growth in recent years coming among those ages 65 and older.

Note: See full topline results and methodology. This is an update of a post originally published on July 17, 2018.

More than eight-in-ten Americans get news from digital devices

Americans favor mobile devices over desktops and laptops for getting news