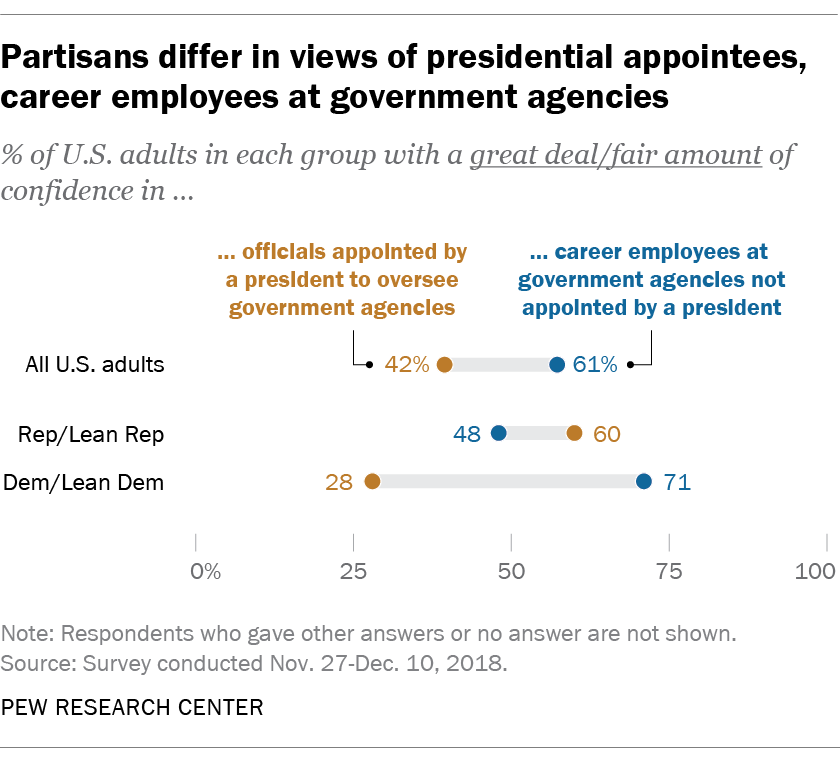 Democrats and Democratic-leaning independents, by contrast, are much more likely to say they have a great deal or fair amount of confidence in career employees at government agencies than in presidentially appointed officials (71% vs. 28%).

Overall, Americans are more likely to have confidence in career government workers than in presidential appointees, according to the survey, which asked U.S. adults a wide range of questions about their trust in institutions and other people. Around six-in-ten U.S. adults (61%) have a great deal or fair amount of confidence in career employees to act in the best interest of the public; 42% say the same about presidentially appointed officials.

When it comes to elected officials, just 37% of Americans overall express confidence, including similar shares of Republicans and Democrats (37% vs. 36%, respectively).

The survey asked Americans about government officials appointed by any president and did not make mention of President Donald Trump or any specific government agencies. But it’s possible some respondents had Trump in mind when answering questions about appointees and career employees. Trump and other members of his administration have at times been critical of career employees at the Department of Justice and other departments and agencies. 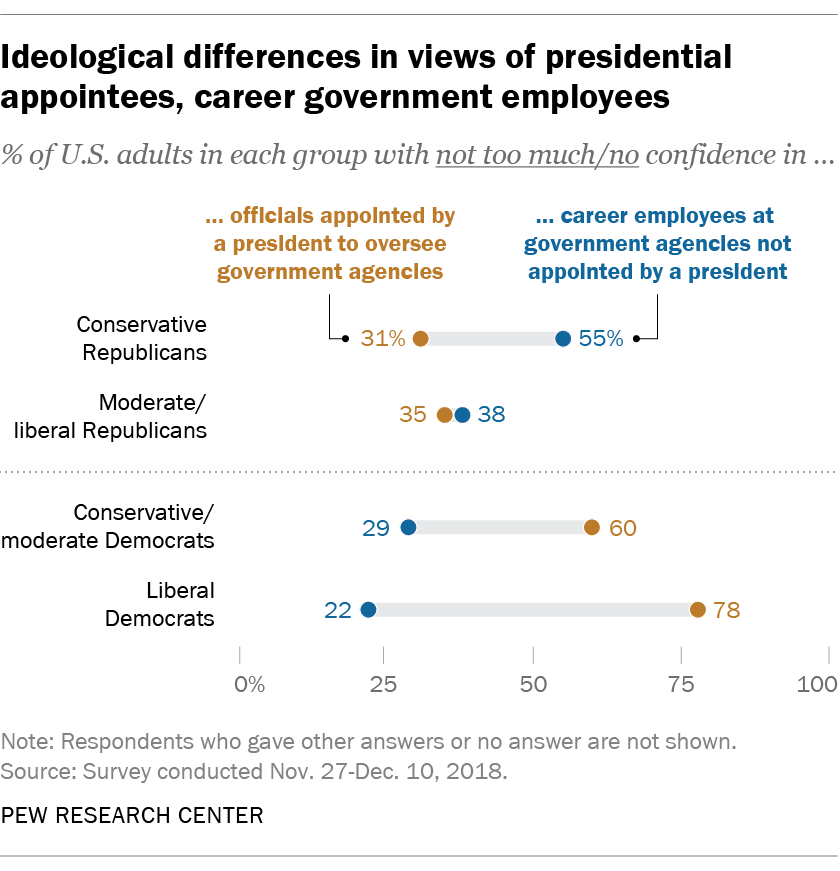 Conversely, liberal Democrats are the most likely to lack confidence in presidential appointees. Around eight-in-ten liberal Democrats (78%) have not too much or no confidence in officials appointed by a president to oversee government agencies. This compares with 60% of conservative and moderate Democrats, 35% of moderate and liberal Republicans and 31% of conservative Republicans.

Partisans are also divided in their views of some of the government agencies where both appointees and career employees work, according to a July 2018 Pew Research Center survey. In that survey, Democrats were more likely than Republicans to have a favorable opinion of the FBI (77% vs. 49%), IRS (65% vs. 49%) and Census Bureau (74% vs. 66%), while Republicans were much more likely than Democrats to see Immigrations and Customs Enforcement favorably (72% vs. 20%).