The majority of Baby Boomers (U.S. adults born 1946 to 1964) are still in the labor force, and the oldest among them are staying in the labor force at the highest annual rate for people their age in more than half a century. In 2018, 29% of Boomers ages 65 to 72 were working or looking for work, outpacing the labor market engagement of the Silent Generation (21%) and the Greatest Generation (19%) when they were the same age, according to a new Pew Research Center analysis of official labor force data. 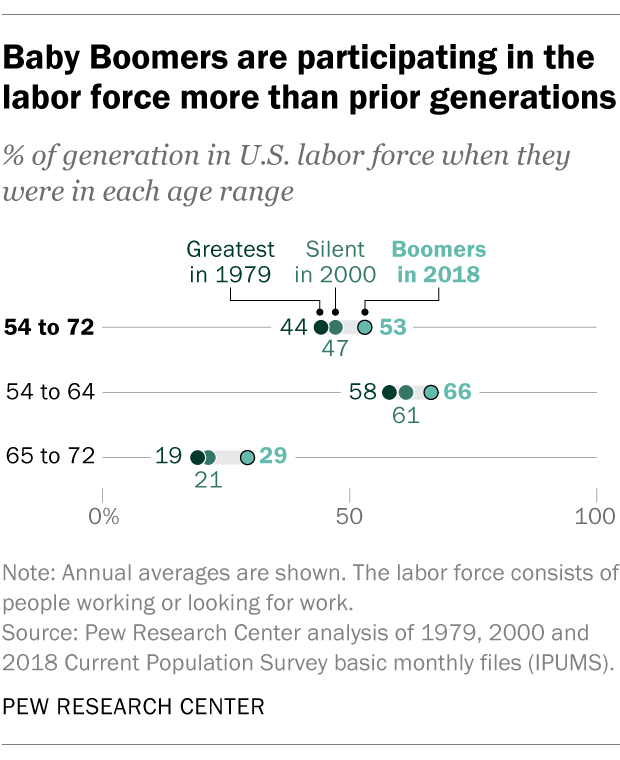 Looking at younger Baby Boomers, 66% of adults ages 54 to 64 were in the labor force in 2018. Though surpassing the Silent and Greatest generations when they were the same age, that is not a modern record since a similar portion of this age group was in the labor force during the Great Recession. 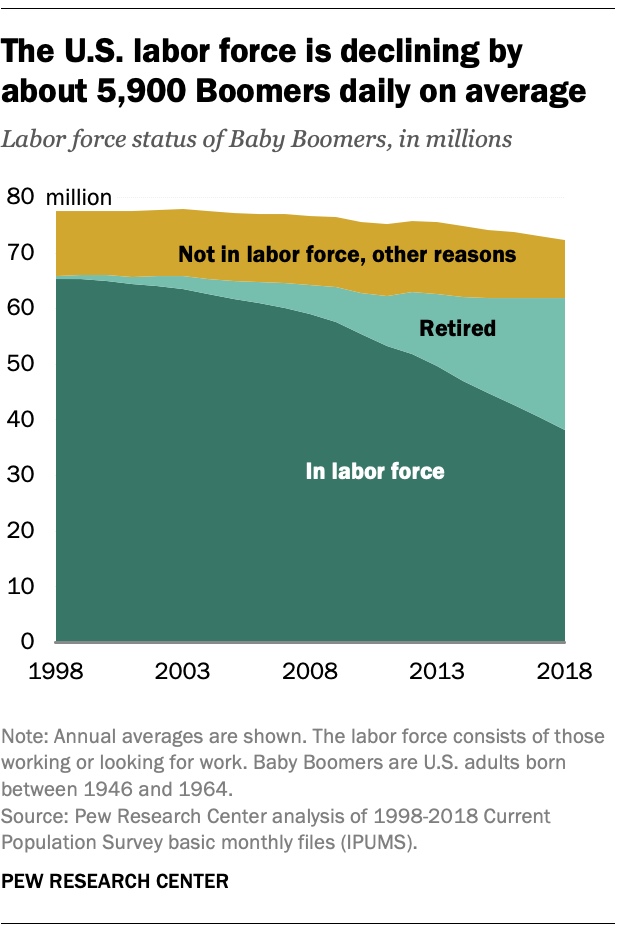 The high rate of Boomer labor force participation – relative to recent generations – is consistent with workers’ rising expectations that they will work past age 65. The Employee Benefit Research Institute found in a 2016 survey that 45% of workers ages 55 and older expected to retire after age 65, up from 15% of such workers in the 1996 survey.

Between 2011 (when the oldest Baby Boomer reached age 65) and 2029 (when the youngest Boomer turns age 65), roughly 3.8 million Boomers are expected to turn 65 each year, or about 10,000 daily. However, in part because of older Boomers’ robust participation rates, 10,000 Boomers are not exiting the labor force every day. Rather, the Boomer labor force has been declining by 2.2 million on average each year since 2010, or about 5,900 daily. 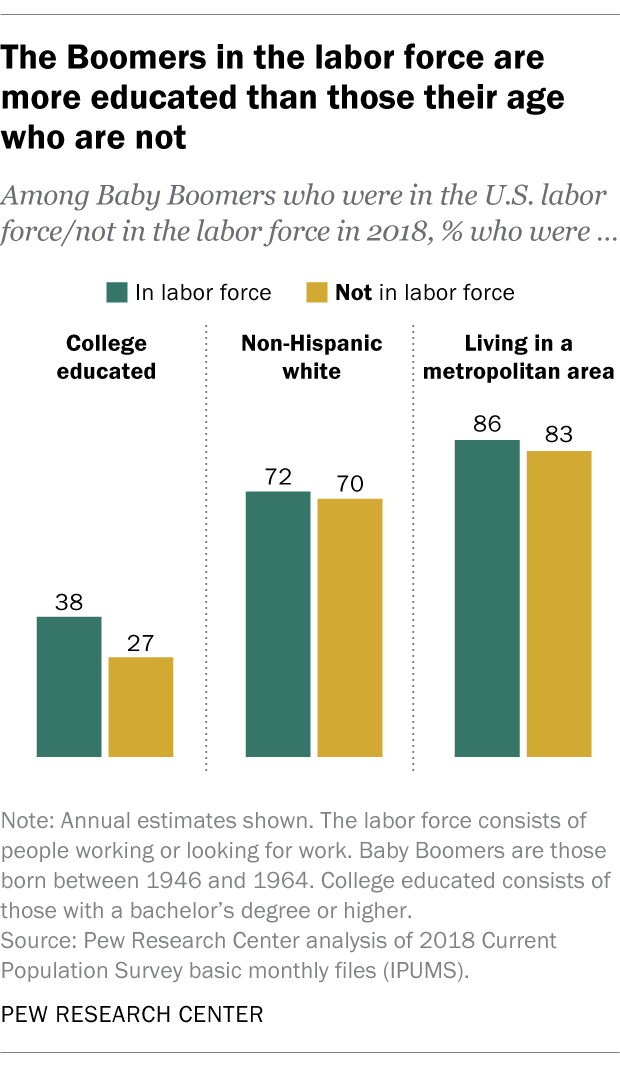 The relatively high labor force participation of Boomers may be beneficial both to them and the wider economy. Some retirement experts emphasize working longer as the key to a secure retirement, in part because the generosity of monthly Social Security benefits increases with each year claiming is postponed. For the economy as a whole, economic growth in part depends on labor force growth, and the Boomers staying in the work force bolsters the latter.

Boomers, Silents still have most seats in Congress, though number of Millennials, Gen Xers is up slightly

The pace of Boomer retirements has accelerated in the past year

U.S. Millennials tend to have favorable views of foreign countries and institutions – even as they age