In a Pew Research Center survey in early 2018, around three-quarters of Americans (74%) said voting in elections was very important to what it means to be a good citizen, and around seven-in-ten said the same about paying taxes (71%) and always following the law (69%). But Democrats and Republicans – as well as younger and older adults – didn’t see eye to eye on all the traits and behaviors associated with good citizenship. 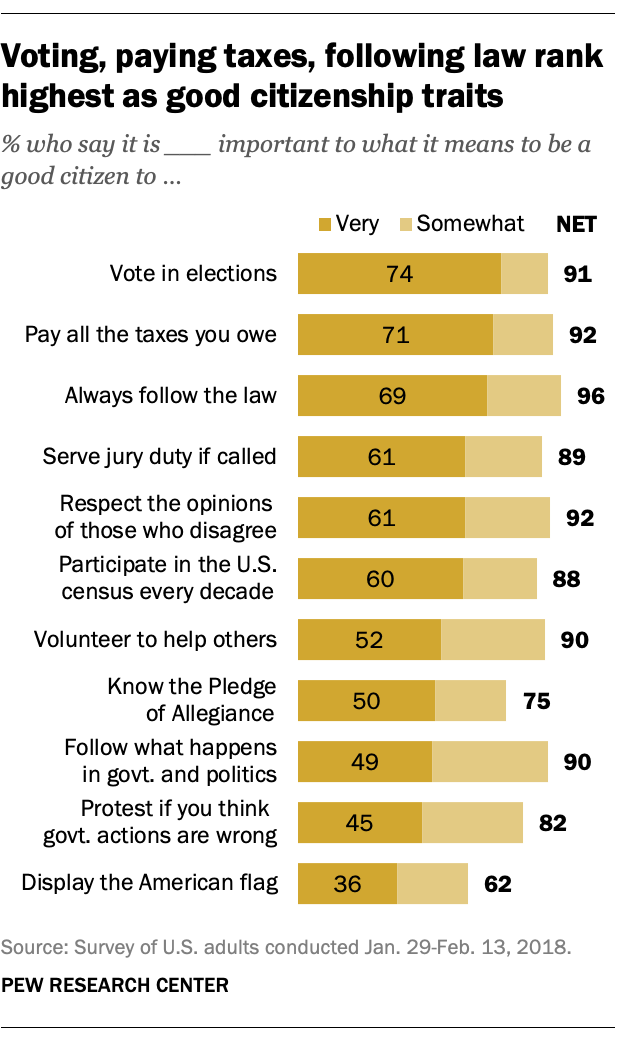 In addition to voting, paying taxes and following the law, a majority of Americans said several other traits were very important to good citizenship, including serving on a jury if called (61%); respecting the opinions of others who disagree (61%); and participating in the U.S. census every decade (60%). (The survey was conducted before the Commerce Department announced it would add a question about citizenship to the 2020 census – a decision blocked by the Supreme Court last week.)

Smaller shares said it was very important to good citizenship for Americans to volunteer to help others (52%), know the Pledge of Allegiance (50%), follow what happens in government and politics (49%) and protest when government actions are believed to be wrong (45%).

And although there will be plenty of them out on July Fourth, displaying the American flag ranked at the bottom of the list: A little over a third of U.S. adults (36%) viewed this as very important to good citizenship, though an additional 26% said it was somewhat important. 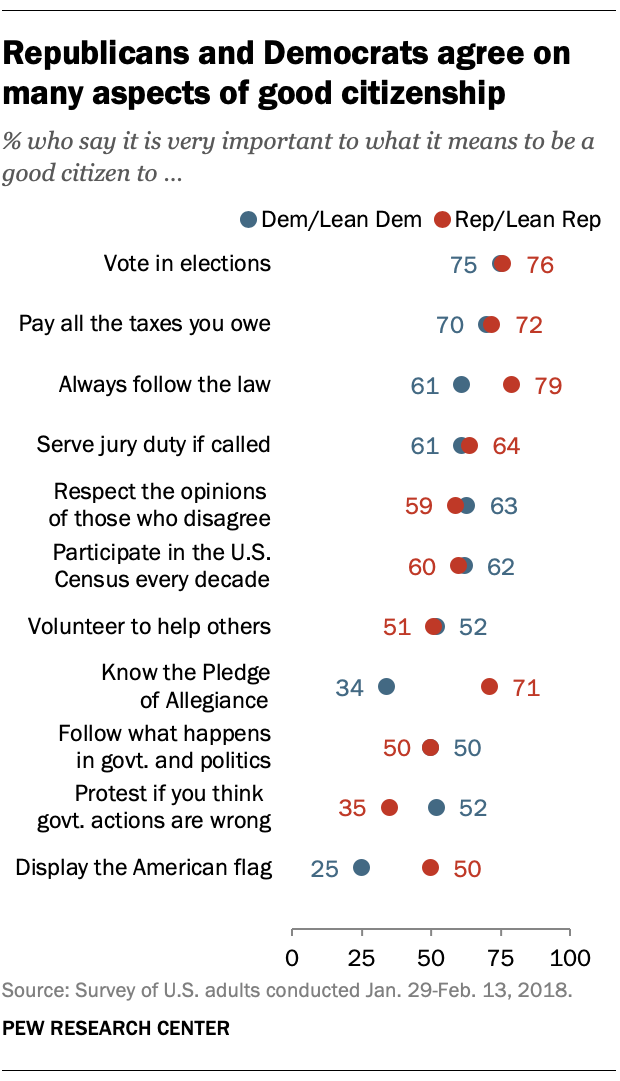 While similar shares of Democrats and Republicans said most of these traits were very important to good citizenship, there were sizable partisan differences on some of the 11 items the survey asked about.

Republicans and GOP-leaning independents were more than twice as likely as Democrats and Democratic leaners to say knowing the Pledge of Allegiance was very important to what it means to be a good citizen (71% vs. 34%). Republicans were also more likely than their Democratic counterparts to say the same about displaying the American flag (50% vs. 25%) and always following the law (79% vs. 61%).

Younger adults were less likely than their elders to see several traits as very important to good citizenship. For example, while 56% of adults under 30 said voting in elections was very important to what it means to be a good citizen, the share was 72% among those ages 30 to 49, 76% among those 50 to 64 and 92% among those 65 and older. (There are long-standing age differences when it comes to voter turnout: Younger Americans, for example, were less likely than older adults to say they voted in the 2018 midterm elections.) 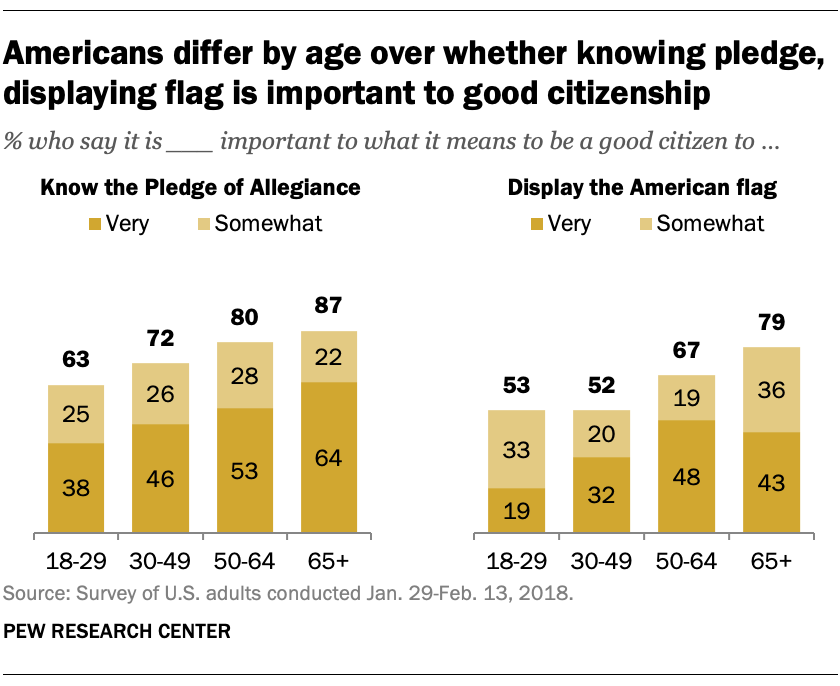