New guidelines from the American Psychological Association warning against “traditional masculine ideology” and a viral Gillette ad have sparked a national conversation about men and masculinity, with some saying concerns about masculinity should be taken seriously and others denouncing what they see as an attack on masculinity. 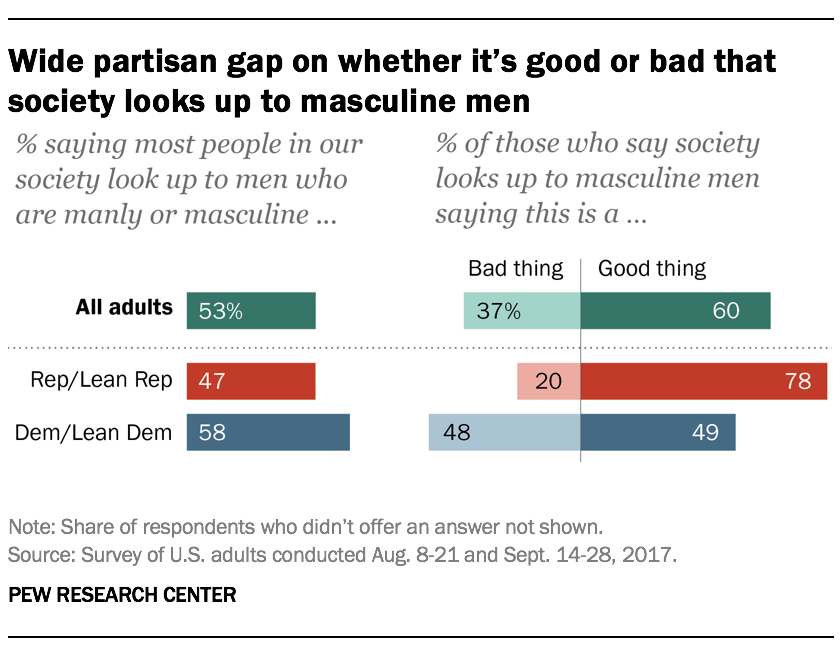 A 2017 Pew Research Center survey found that about half of Americans (53%) say most people in our society these days look up to men who are manly or masculine, with women more likely than men (62% vs. 43%) and Democrats more likely than Republicans (58% vs. 47%) to hold this view. About two-thirds of men who say society looks up to masculine men (68%) say this is a good thing; a narrower majority of women (56%) say the same. Views differ more widely along party lines: Among Republicans and Republican-leaning independents who say society values masculinity, 78% say this is a good thing, compared with 49% of their Democratic and Democratic-leaning counterparts. 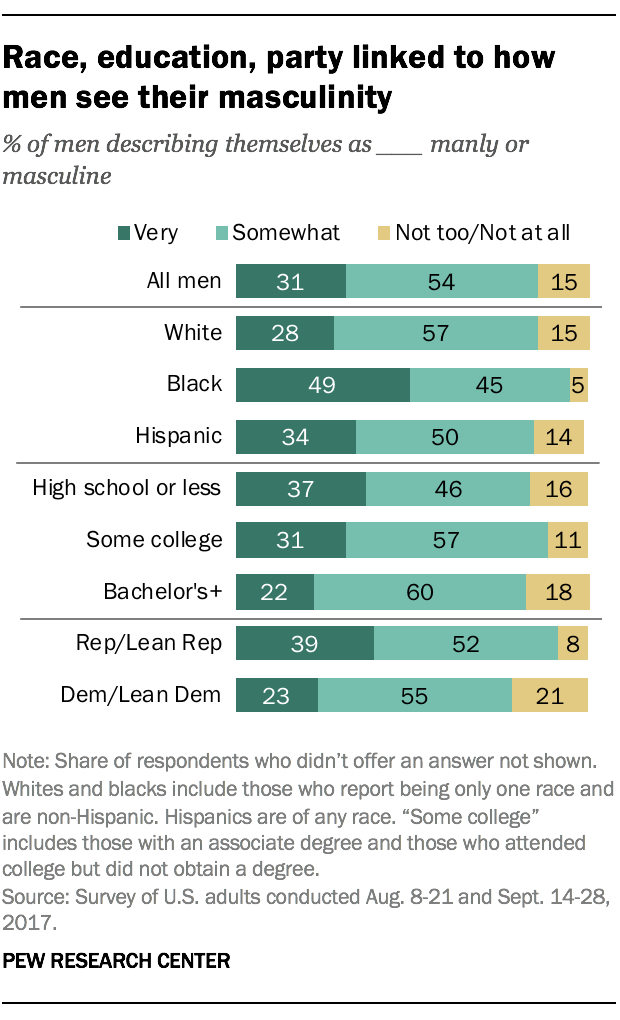 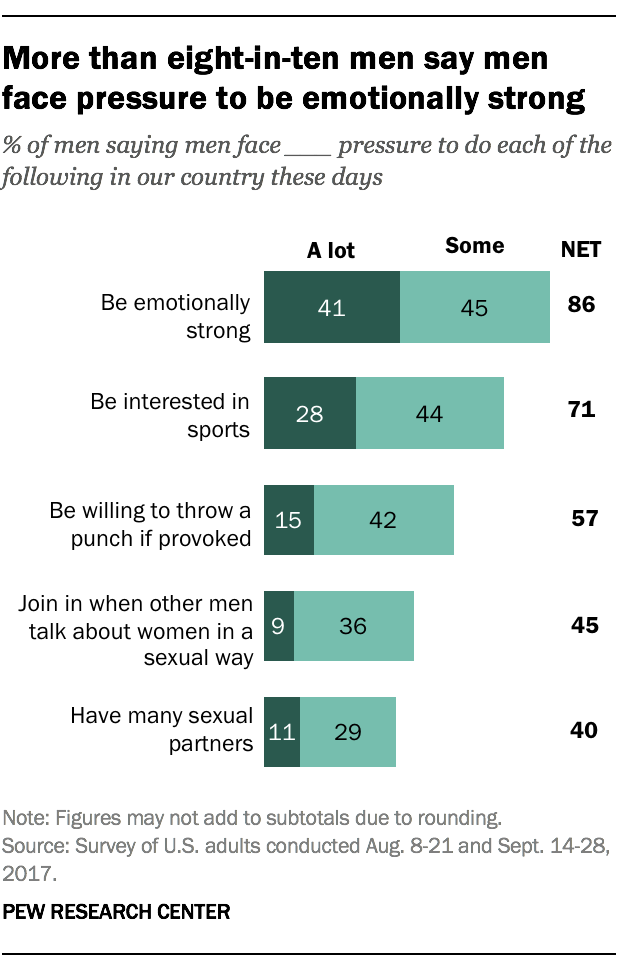 The survey also explored views about femininity. Overall, Americans see society placing less premium on femininity than on masculinity: 32% say most people in society these days look up to women who are womanly or feminine, while 11% say society looks down on them; a majority (57%) say society neither looks up to nor down on women who are feminine. Still, women are more likely to say it’s very important to them, personally, to be seen by others as feminine than men are to say the same about others seeing them as masculine. One-in-five women say it’s very important to them to be seen as womanly or feminine; 32% say it’s somewhat important.

Strong Men, Caring Women: Explore how Americans describe what society values (and doesn’t) in each gender