For American Muslims, being highly religious does not necessarily translate into acceptance of traditional notions of Islam. While many U.S. Muslims say they attend mosque and pray regularly, sizable shares also say that there is more than one way to interpret their religion and that traditional understandings of Islam need to be reinterpreted to address the issues of today. 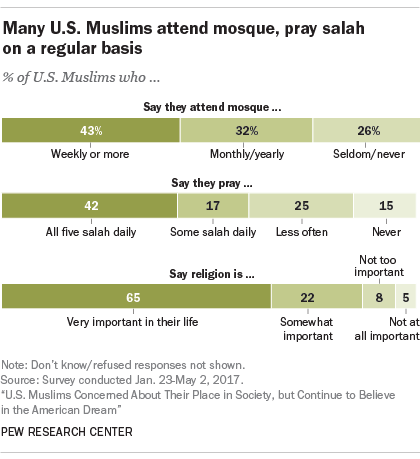 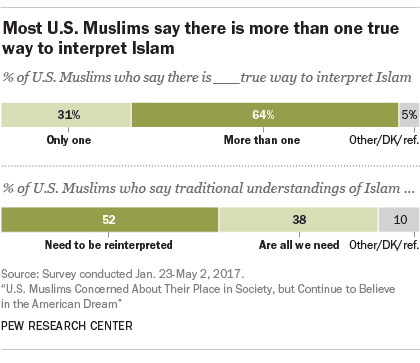