The annual growth rate of the U.S. Hispanic population remained flat between 2016 and 2017, but Hispanics continue to account for more of the nation’s overall population growth than any other race or ethnicity, according to a new Pew Research Center analysis of preliminary population estimates from the Census Bureau. 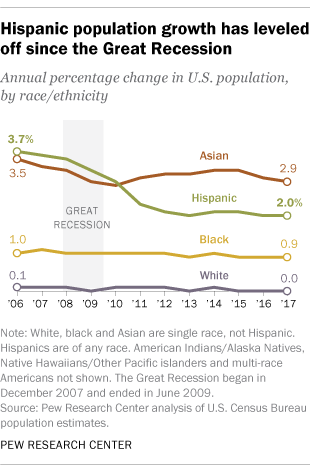 Despite its slowing growth rate, the Hispanic population continues to expand, reaching a record 58.6 million in 2017, according to the Census Bureau’s latest estimates. As the second-largest racial or ethnic group in the U.S., Hispanics play a significant role in the nation’s population trends. Overall, the U.S. population increased by more than 2.2 million people between 2016 and 2017, with Hispanics accounting for 1.1 million, or about half (51%), of this growth. 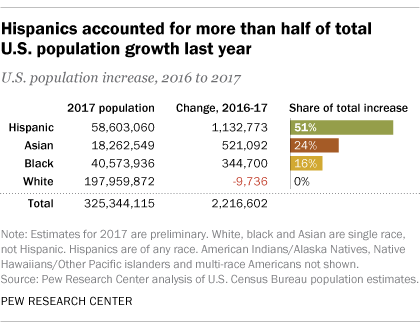