The House Freedom Caucus drew attention from the White House, lawmakers on Capitol Hill and the press last month because of its opposition to GOP health care legislation. But despite its prominence in Washington, the group is little known to many Americans. 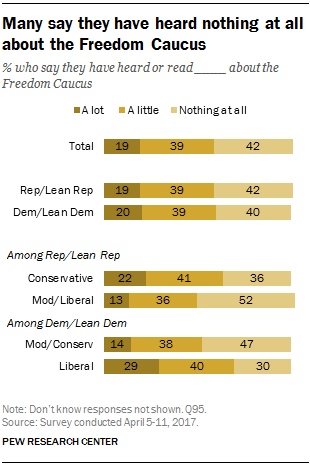 The House Freedom Caucus is a group of conservative Republican lawmakers in the lower chamber of Congress. It was formed in January 2015, and while the caucus does not make its membership public, it is believed to consist of about three dozen lawmakers who share the goal of pushing House GOP leaders toward more conservative positions on fiscal and social issues.

In addition to its opposition to the White House-backed health care bill last month, the caucus also reportedly played a role in the resignation of former House Speaker John Boehner in 2015. 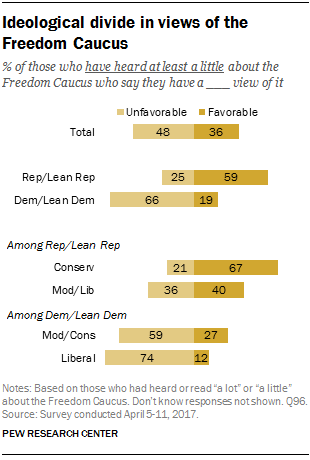 Americans who have heard of the House Freedom Caucus are more likely to have negative than positive views of it. Overall, 36% of these adults view the group favorably and 48% view it unfavorably, and opinions vary sharply by political affiliation. 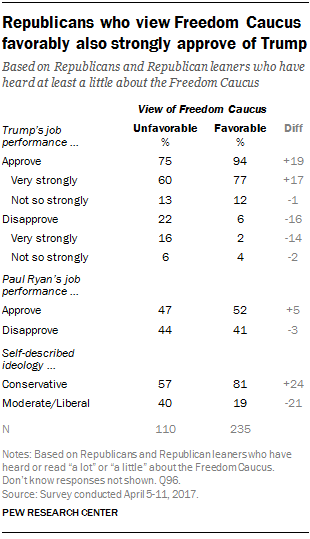