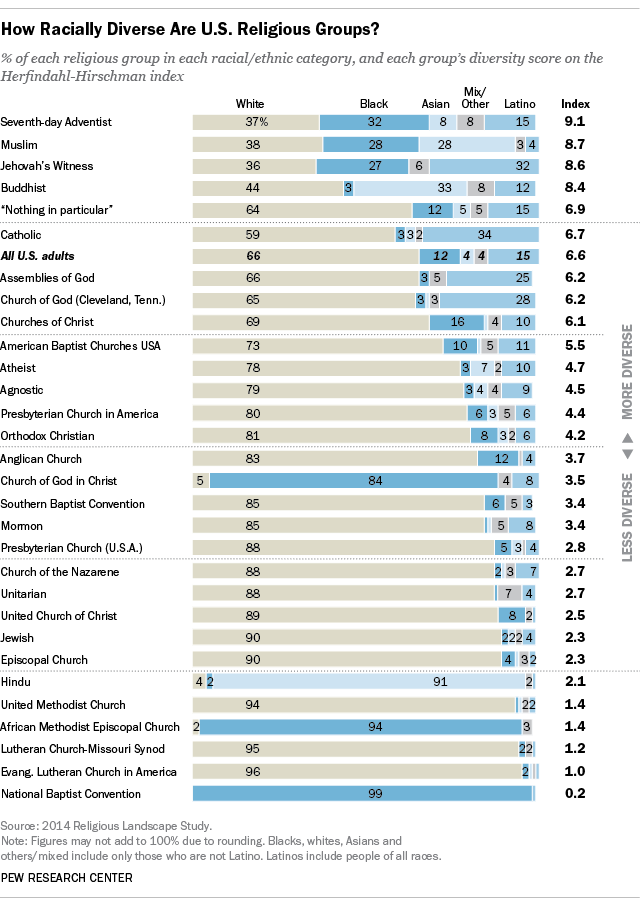 For the fifth time in a row, the new Congress is the most racially and ethnically diverse ever
A closer look at America’s rapidly growing religious ‘nones’
Compared with other Christian groups, evangelicals’ dropoff is less steep
7 facts about American Catholics
America’s public school teachers are far less racially and ethnically diverse than their students
Political Typology Quiz
Key things to know about election polling in the United States
Defining generations: Where Millennials end and Generation Z begins
25% in U.S. see at least some truth in conspiracy theory that COVID-19 was planned
Are you in the American middle class? Find out with our income calculator