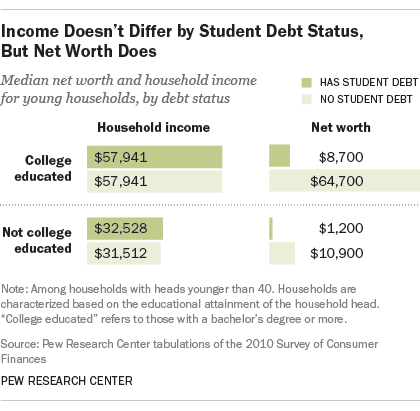 2 While taking on debt to finance a college education is associated with lower net worth, it doesn’t seem to have an impact on income. In college-educated households, the median income is roughly the same, regardless of whether the household head has outstanding student debt. And it is nearly twice the income of households whose head does not have a bachelor’s degree. 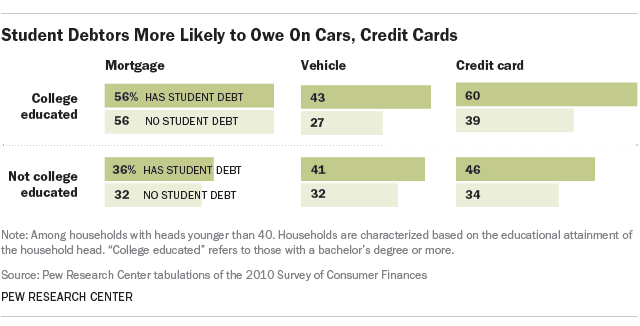 4 Debts are growing for households that have student loans to repay. 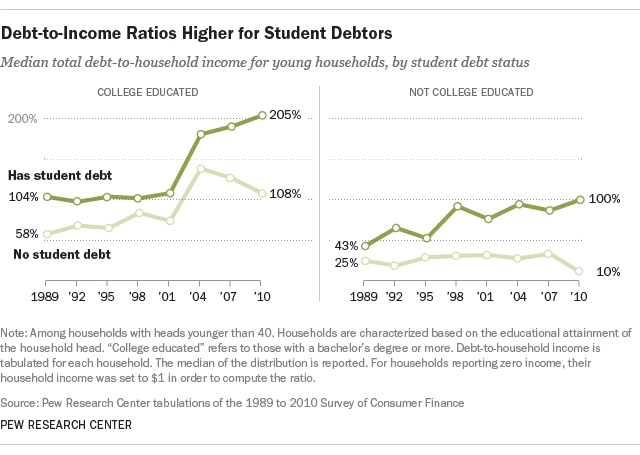 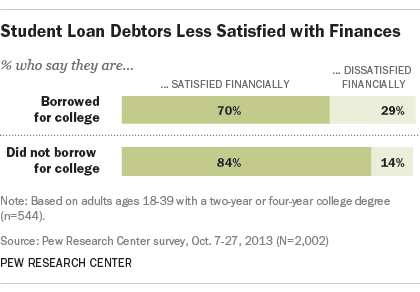 Young households that borrowed for college are less satisfied with their personal financial situation than those who didn’t and are less likely to say their education has paid off.