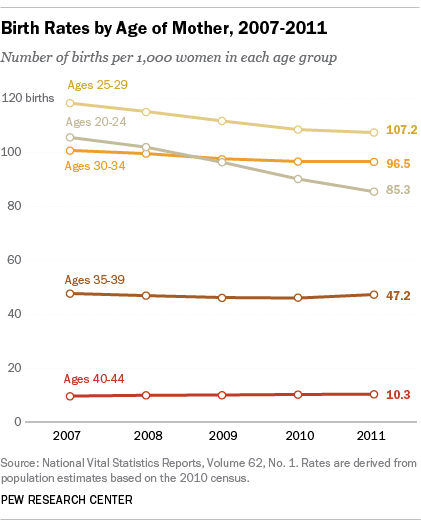 The overall U.S. birth rate declined to a record low in 2011, but newly-released government data showed remarkably different trends for young and older women. Birth rates continued to decline to an all-time low among women in their teens and early 20s, while rising to the highest level in four decades among women in their early 40s.

The final data for 2011 from the National Center for Health Statistics (NCHS) confirm the record-low birth rate (63.2 births per 1,000 women ages 15-44) shown in preliminary data released last fall, and offer the first details about trends for different demographic groups. 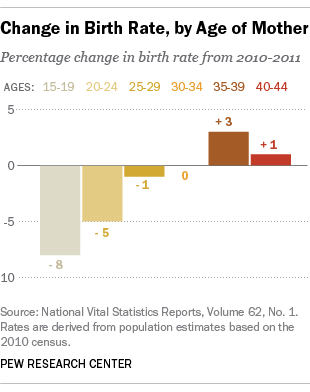 This slower decline may foreshadow what many experts have predicted: as the economy continues to improve, the fertility rate may be bottoming out and may begin a rebound in the years to come.