The New Testament questions included the birthplace of Jesus. While Most Americans (71%) correctly said it was Bethlehem, 25% gave either Jerusalem or Nazareth as an answer.

In addition to the Bible questions, the survey contained five items about elements of Christianity, including one question about the Catholic doctrine of transubstantiation (the belief that during Communion, the bread and wine become the body and blood of Jesus). 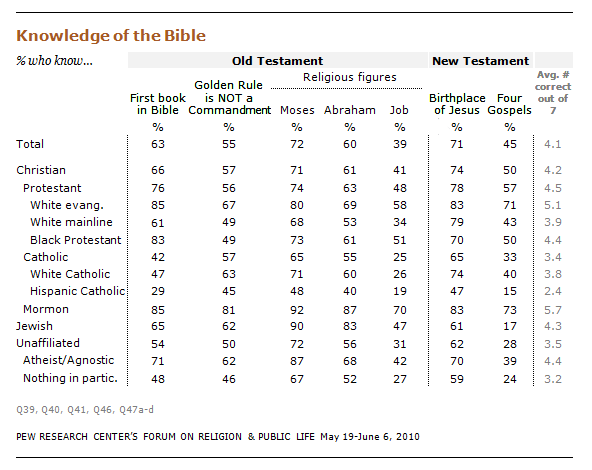