Questions about public confidence in scientists and medical scientists to act in the best interests of the public and questions about the ethical standards of medical doctors is drawn from the panel wave conducted April 20-26, 2020, with 10,139 U.S. adults. More on the methodology of this wave is available here. 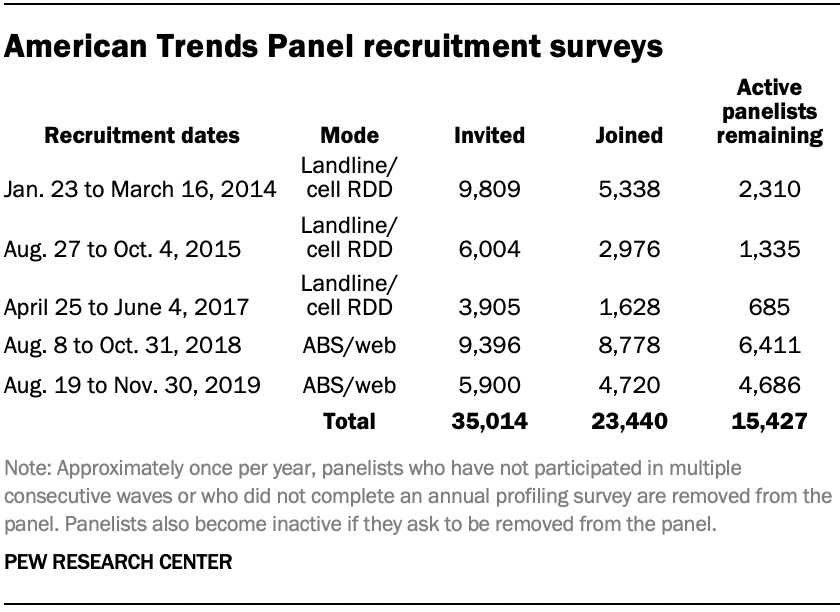 Most data in this report is drawn from the panel wave conducted April 29 to May 5, 2020. A total of 10,957 panelists responded out of 13,459 who were sampled, for a response rate of 81%. This does not include 10 panelists who were removed from the data due to extremely high rates of refusal or straightlining. The cumulative response rate accounting for nonresponse to the recruitment surveys and attrition is 4.5%. The break-off rate among panelists who logged on to the survey and completed at least one item is 1.6%. The margin of sampling error for the full sample of 10,957 respondents is plus or minus 1.4 percentage points. 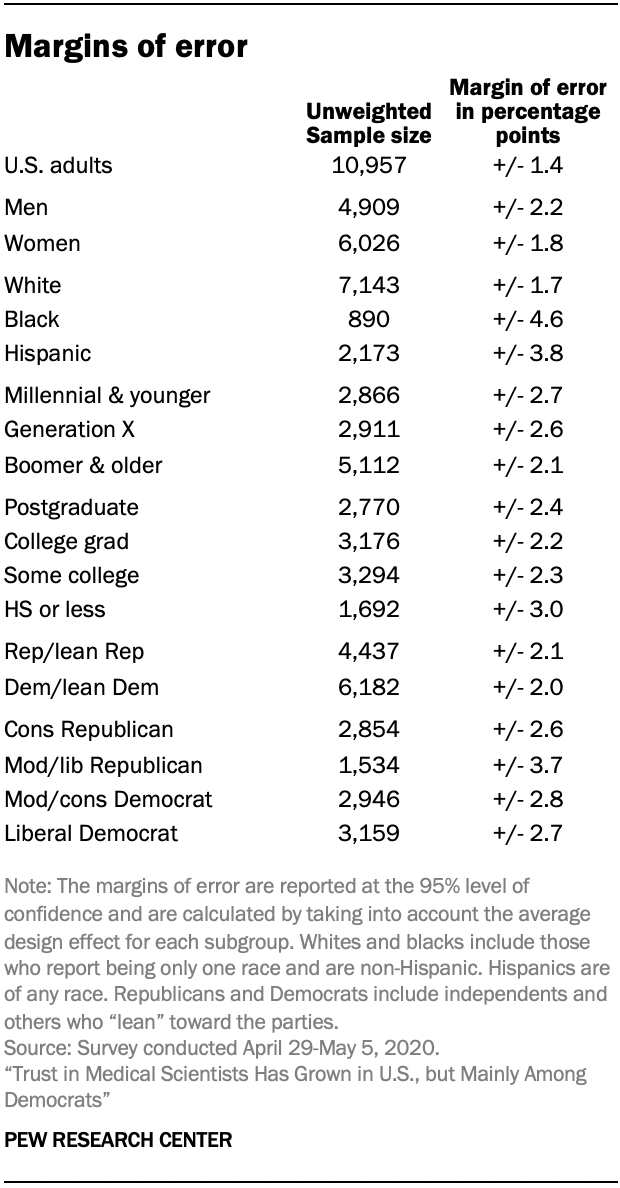 Next: Appendix A: Detailed charts and tables
← Prev Page
Page1Page2You are reading page3Page4
Next Page →

Trust in Medical Scientists Has Grown in U.S., but Mainly Among Democrats Acknowledgments
Methodology
Appendix A: Detailed charts and tables