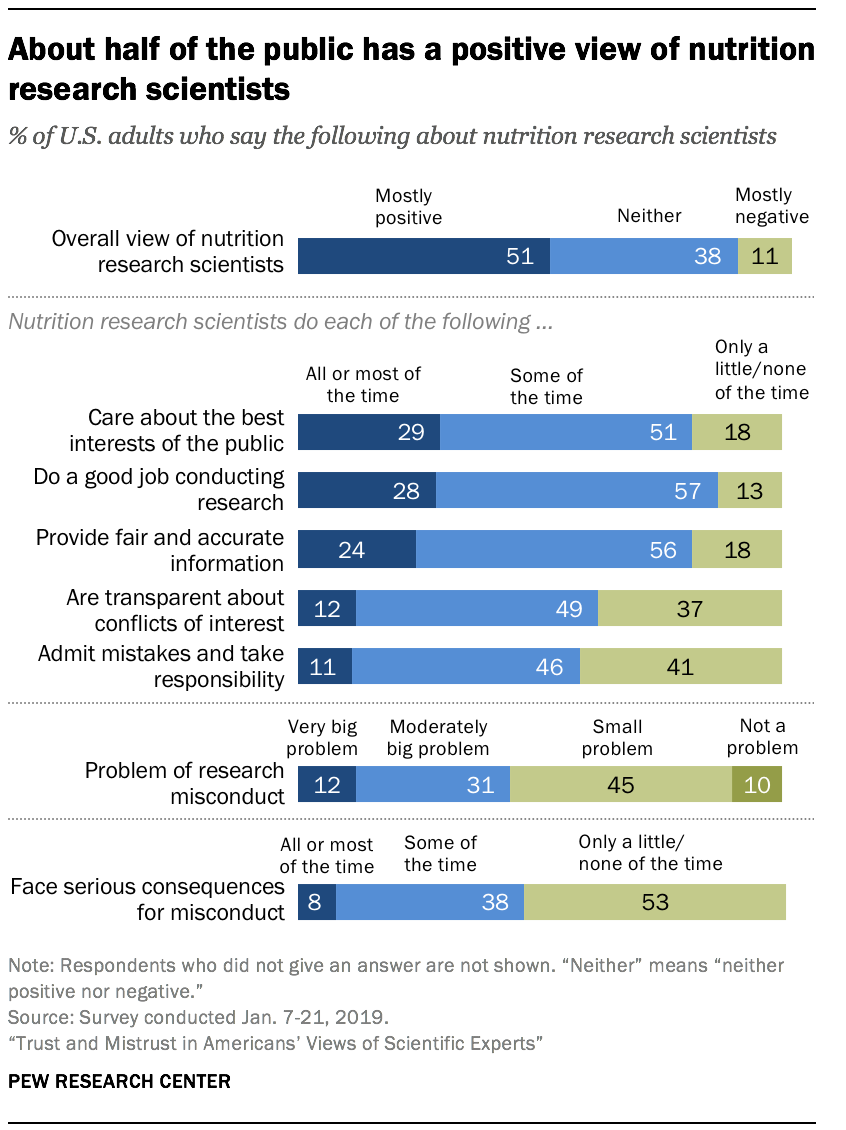 51% of Americans have a positive view of nutrition research scientists, while 11% have a negative view and 38% have neither positive nor negative views.

Few believe nutrition researchers are transparent about potential conflicts of interest with industry (12%) or take responsibility for professional mistakes (11%) all or most of the time. The public is far more likely to say nutrition researchers rarely or never are transparent about conflicts of interest or take responsibility for mistakes (37% and 41%, respectively).

About four-in-ten Americans (43%) say research misconduct among nutrition scientists is a moderately or very big problem. Just 8% say misconduct leads to serious consequences all or most of the time; another 53% say they face consequences only a little or none of the time.

The nationally representative survey from Pew Research Center was conducted among U.S. adults ages 18 and older. About half of the survey respondents (N=2,226) were asked about nutrition research scientists; these responses have a margin of sampling error of +/- 2.7 percentage points. Before answering questions about this group, respondents were given the following brief description: “Nutrition research scientists conduct research about the effects of food on health.”