Most Americans have positive overall views of medical research scientists, but their views are more mixed when it comes to trust in them to do a good job, show concern for the public’s interest and provide fair and accurate information, according to a new Pew Research Center report. There is widespread skepticism among the public when it comes to issues of scientific integrity. 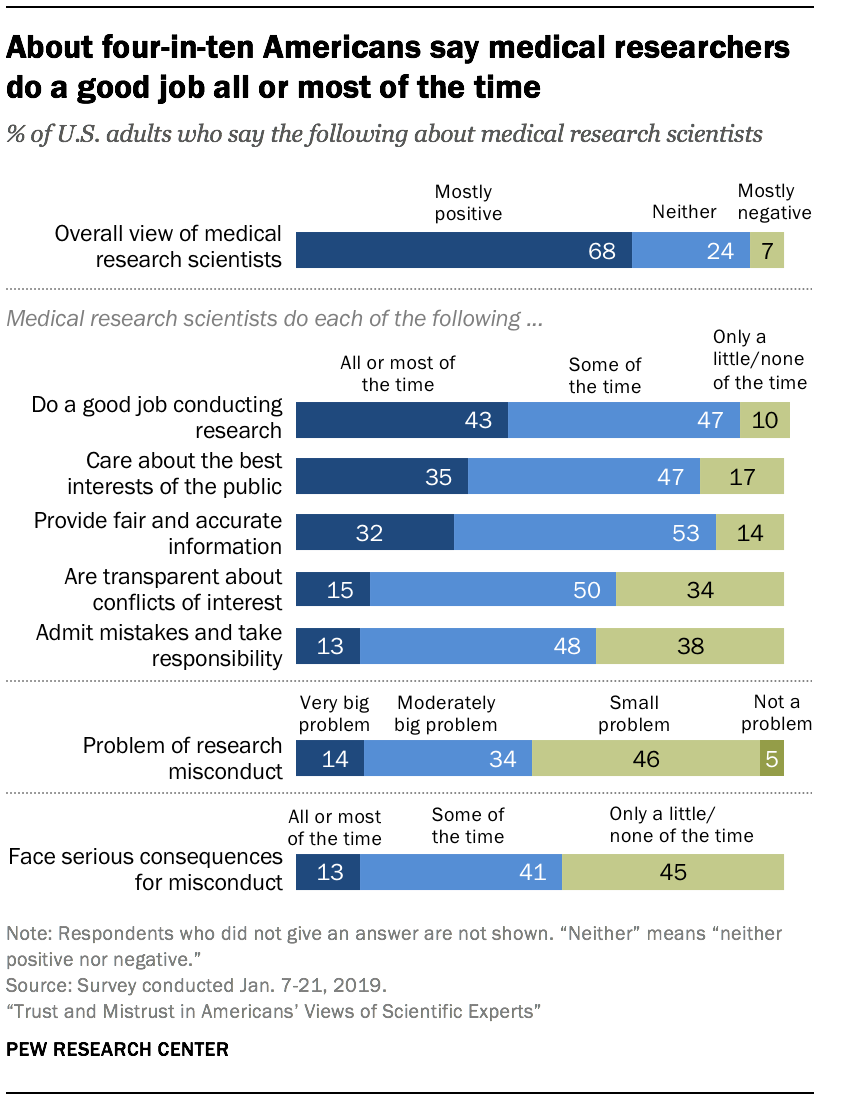 68% of Americans have a positive view of medical research scientists.

About one-third or more U.S. adults say medical researchers do a good job conducting research (43%), care about the public’s best interests (35%) and provide fair and accurate information (32%) all or most of the time.

But few Americans believe medical researchers are usually open about potential conflicts of interest with industry groups (15%) or take responsibility for mistakes (13%).

About half (48%) think research misconduct is at least a moderately big problem; only 13% believe medical researchers face serious consequences for misconduct all or most of the time.

The nationally representative survey from Pew Research Center was conducted among U.S. adults ages 18 and older. About half of the survey respondents (N=2,226) were asked about medical research scientists; these responses have a margin of sampling error of +/- 2.7 percentage points. Before answering questions about this group, respondents were given the following brief description: “Medical research scientists conduct research to investigate human diseases and test methods to prevent and treat them.”