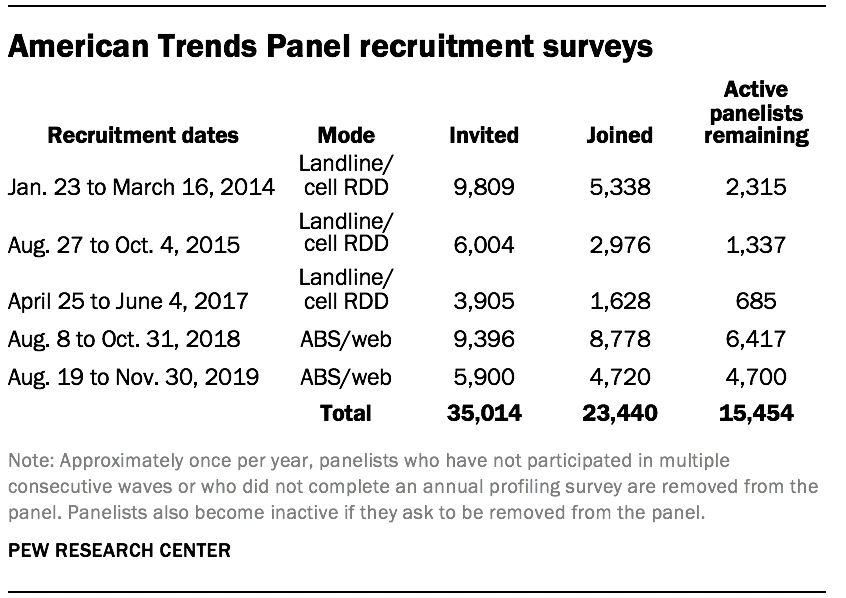 Data in this report is drawn from the panel wave conducted Feb. 4 to Feb. 15, 2020. A total of 6,395 panelists responded out of 7,855 who were sampled, for a response rate of 81%. This does not include three panelists who were removed from the data due to extremely high rates of refusal or straightlining. The cumulative response rate accounting for nonresponse to the recruitment surveys and attrition is 4.5%. The break-off rate among panelists who logged on to the survey and completed at least one item is 1%. The margin of sampling error for the full sample of 6,395 respondents is plus or minus 1.6 percentage points. 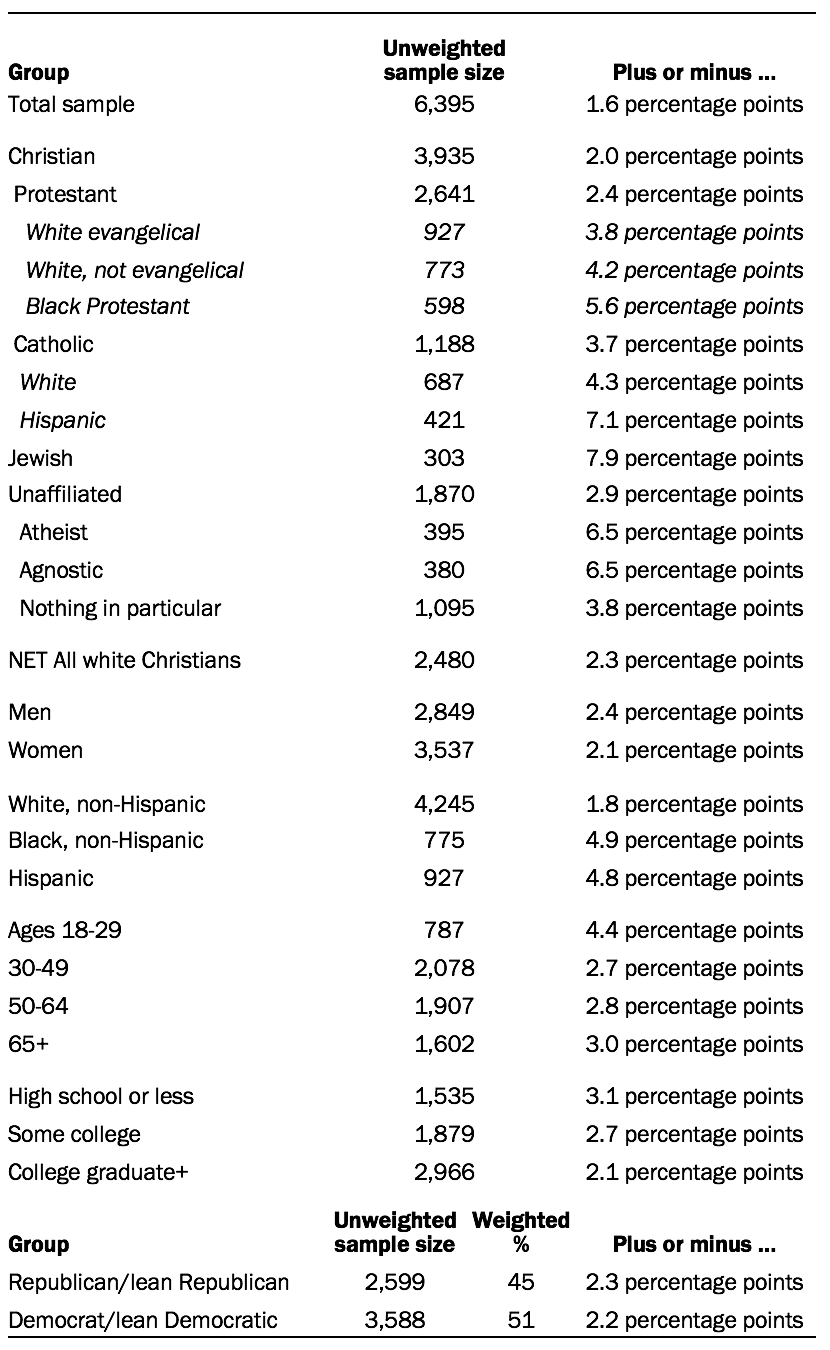 White Evangelicals See Trump as Fighting for Their Beliefs, Though Many Have Mixed Feelings About His Personal Conduct 1. How different religious groups view religion’s role in the presidency, Trump’s traits 2. Views about religion in American society Acknowledgments
Methodology