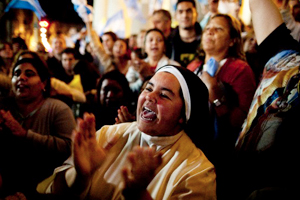 Cardinal Jorge Mario Bergoglio of Argentina formally will be installed as Pope Francis on Tuesday, March 19, becoming the first pontiff of the Roman Catholic Church from Latin America. Pope Francis’ new home, Europe, once held the bulk of all Catholics in the world (65% in 1910, according to data from the World Christian Database). Today, however, Europe is home to only 24% of all Catholics according to Pew Research Center estimates.

During the same period, Latin America’s share of the global Catholic population rose from 24% to 39%. There are now more Catholics in Latin America (425 million), including the Caribbean, than in any other region. However, the portion of Latin America’s population that is Catholic declined over the past century, dropping from 90% in 1910 to 72% in 2010. 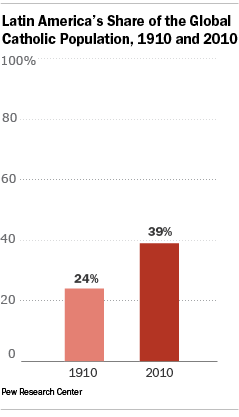 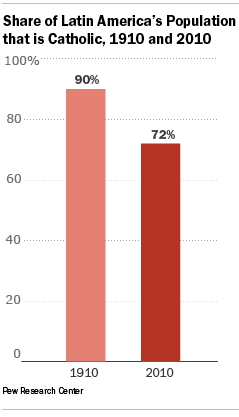