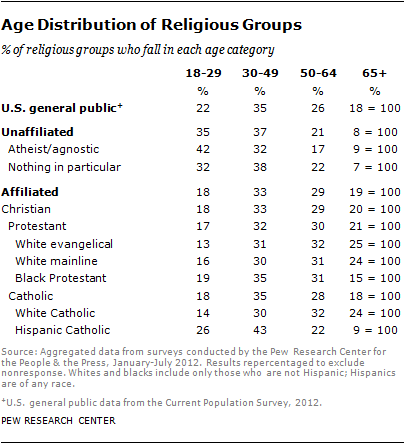 Among the unaffiliated, atheists and agnostics are particularly young in comparison with other religious groups. A plurality of atheists and agnostics (42%) are ages 18 to 29, and just 9% are 65 and older. By comparison, about one-fifth of the religiously affiliated (18%) are ages 18 to 29, and a similar portion are 65 and older (19%).

As a group, the unaffiliated are roughly similar to the general public on education and income. Among the unaffiliated, however, atheists and agnostics stand out from those who say their religion is “nothing in particular.” 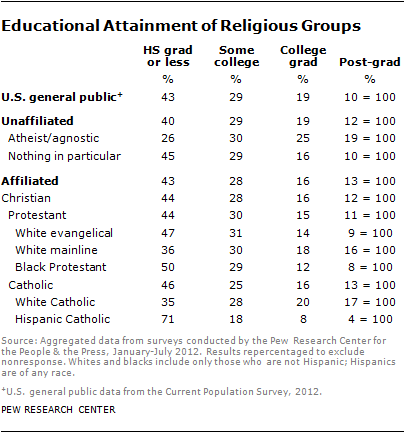 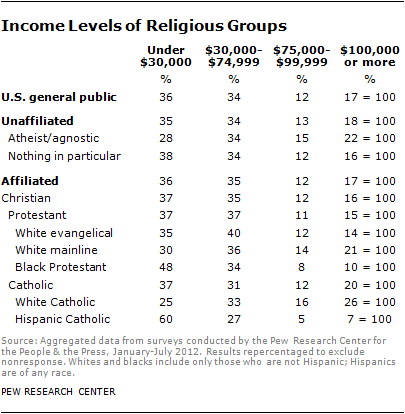 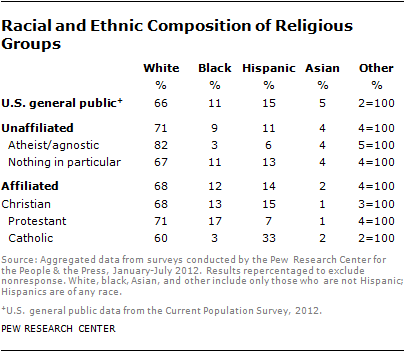 Atheists and agnostics are particularly likely to be non-Hispanic whites. Fully eight-in-ten atheists and agnostics (82%) are white, 3% are black, 6% are Hispanic, and the remainder is of some other race or of mixed race. Those who say their religion is “nothing in particular” have a racial and ethnic distribution that closely mirrors that of the general public. 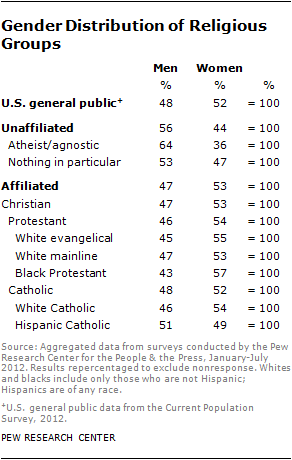 Atheists and agnostics are much more likely to be male (64%) than female (36%). Americans who identify their religion as “nothing in particular” are more evenly divided: 53% are men, and 47% are women.

Those who are affiliated with a religion, by contrast, are somewhat more likely to be women (53%) than men (47%). 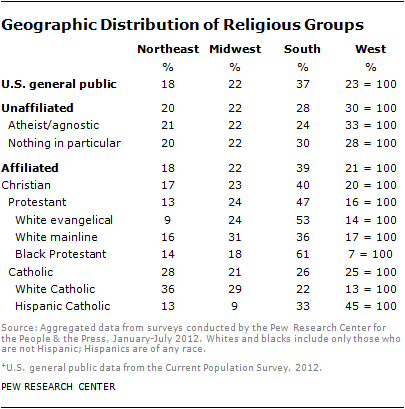 Compared with Protestants, Catholics are distributed more evenly across the four regions of the country.

About four-in-ten of the religiously unaffiliated are married (39%), compared with about half of the general public (51%). 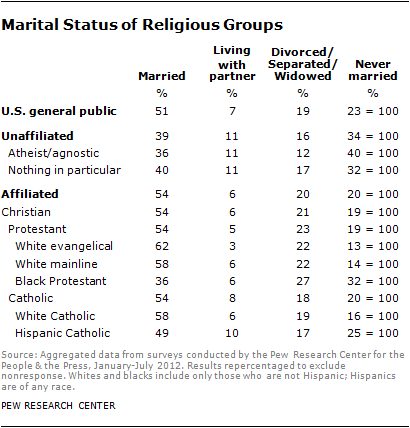 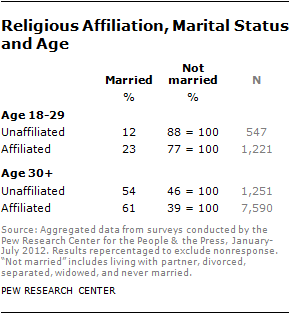 Next: Religion and the Unaffiliated
← Prev Page
Page1Page2You are reading page3Page4Page5Page6
Next Page →

“Nones” on the Rise Preface
Demographics
AgeSocioeconomic StatusRace and EthnicityGenderRegionMarital Status
Religion and the Unaffiliated Social and Political Views of the Unaffiliated Appendix 1: Survey Methodology