This analysis is based on aggregated data from more than 84,000 interviews with registered voters conducted by the Pew Research Center for the People & the Press in 54 surveys completed between January 2008 and December 2011. These surveys are combined into one large data file that can be sorted according to a range of demographic and religious characteristics. The tables below show the number of interviews and corresponding margins of error for 2008 and 2011 for the groups analyzed in this report. 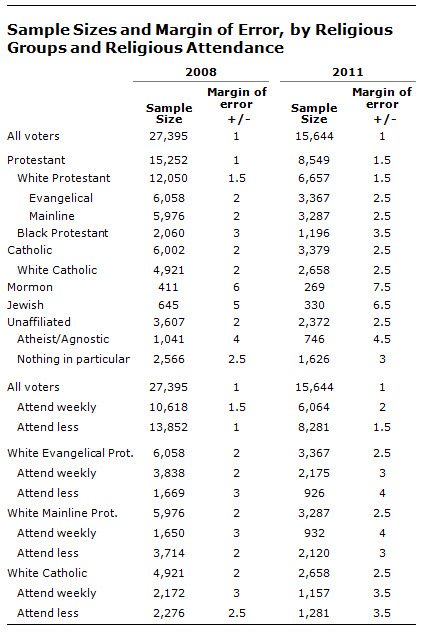 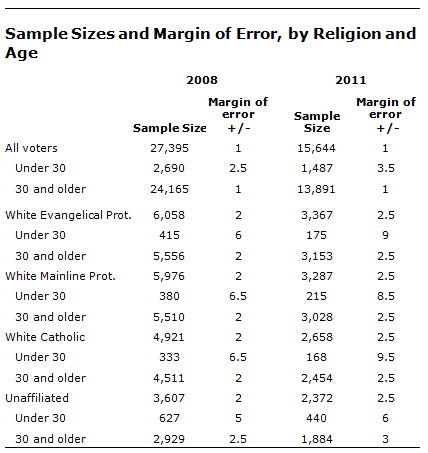