Pope Benedict XVI is scheduled to visit Turkey on Nov. 28-30, a trip that has already attracted exceptionally close attention because of the pope’s remarks about Islam during a September speech in Regensburg, Germany.

More than 50 Islamic nations have demanded an apology for the speech, which aroused anger in the Islamic world for quoting a 14th-century Christian emperor who said the Prophet Muhammad had brought the world only “evil and inhuman” things.

Pope Benedict has tried to quell the uproar by repeatedly saying the quote does not reflect his personal views. He invited diplomats from some 20 Muslim states to the Vatican on Sept. 25 to assure them of his respect and to emphasize the Vatican’s commitment to dialogue. The trip to Turkey will be Pope Benedict’s first to a predominately Muslim country since the controversy began.

George Weigel, a senior fellow at the Ethics and Public Policy Center, is a Roman Catholic theologian and author of highly respected biographies of Pope Benedict ( God’s Choice) and Pope John Paul II (Witness to Hope: The Biography of Pope John Paul II).

John L. Esposito is director of the Prince Alwaleed Bin Talal Center for Muslim-Christian Understanding at Georgetown University. He is also the author of What Everyone Needs to Know about Islam and Unholy War: Terror in the Name of Islam.

Some Muslim religious leaders criticized Pope Benedict for his comments about early Islam and the Prophet Muhammad. How would you characterize relations between the Vatican and the Islamic world during recent decades? 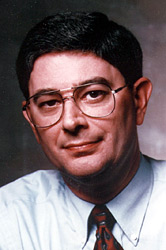 GEORGE WEIGEL: The Second Vatican Council (1962-65) inserted the Catholic Church into the world ecumenical movement and the world interreligious dialogue. The latter presents unique challenges, in that the question of “who speaks for Islam?” (or for Buddhism or Hinduism or Judaism, for that matter) is much less clear than the question of who speaks, authoritatively, for the Catholic Church.

Nonetheless, a dense network of conversations has been built up over the past 40 years. One high point along the way was John Paul II’s address to tens of thousands of Muslim young people in Casablanca, Morocco, in 1985, in which the pope, acknowledging deep theological differences between Christianity and Islam, nevertheless proposed a conversation based on common moral understandings.

That, I suggest, is precisely what Pope Benedict XVI is trying to do: re-energize a conversation within the world, but particularly between the Catholic Church and Islamic leaders, on the question of whether God’s will and purposes can ever be served by acts of irrational violence. One hopes those conversations take place, for the world’s sake, but the strange response of so many Muslims to an academic lecture suggests just how difficult those conversations may be. 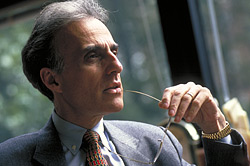 JOHN L. ESPOSITO: Relations between the Vatican and the Islamic world had grown remarkably post-Vatican II. The same could be said in regard to national dialogues between Catholics and Muslims, as witnessed by the remarkable dialogue between the National Conference of Catholic Bishops and America Muslims during the papacy of John Paul II. However, since Pope Benedict XVI was elected, relations have not been as strong. Indeed, it has not been clear what will happen.

The Pontifical Council for Interreligious Dialogue has been reconfigured in a Vatican reorganization. Archbishop Michael Fitzgerald, a long time member and recent leader of the Council and the Vatican’s most competent and experienced expert, has been reassigned to Cairo, Egypt, as papal nuncio. Many believe that a more conservative faction in regards to dialogue with Islam is now in power.

Why did some Muslim leaders criticize the Pope for his comments?

DR. ESPOSITO: Particularly offensive to Muslims was his citation of a 14th century Byzantine emperor’s remarks about the Prophet Muhammad: “Show me just what Muhammad brought that was new, and there you will find things only evil and inhuman, such as his command to spread by the sword the faith he preached.”

Muhammad is revered in Islam as the final prophet of God and the model of Muslim life. Moreover, the remark that he commanded the spread of Islam by the sword is simply inaccurate. The Quran and Muhammad did recognize the right to defend Islam and the Muslim community by fighting those Meccans who threatened and attacked Muslims.

And how would you characterize responses by other Muslims?

DR. ESPOSITO: A minority of militants, who have received a disproportionate amount of media coverage, have confirmed the violent stereotypes of Islam and Muslims. While they hypocritically denounce the pope, they conveniently ignore the destructive and intolerant rhetoric and threats made in mosque sermons, public demonstrations and statements. They forget that, like Christians, they cannot demand respect for their faith as long as they are not prepared to show the same respect to the beliefs of others.

Was the reaction to Benedict’s remarks an expression of anger against the Vatican or against the entire non-Islamic West?

DR. ESPOSITO: Muslim responses need to be understood in the context of our post-9/11 world with its greater polarization and alarming increases in Islamophobia. Many Muslims feel under siege.

The controversy in Europe over the Danish cartoons depicting the Prophet Muhammad demonstrated both the dangers of xenophobia and Islamophobia and the depths of anger and outrage. Therefore, it is easy to understand why Muslims would express their disappointment and anger and call for an apology and dialogue, much the same as Jewish leaders strongly urged meetings with the pope or other church leaders for offensive comments or actions. This was the case for American Jewish leaders before the papal visit of 1987, after Pope John Paul II had met with Kurt Waldheim.

As prominent Muslim leaders noted during the European cartoon controversy and in the current situation, expressions of concern or outrage do not preclude discussion and dialogue, and certainly never justify acts of violence.

Because of events in Iraq and other Muslim countries, there is much discussion of violence and the Islamic faith. In recent years, how has the Vatican addressed the church’s own history of violent campaigns, such as the Crusades and forced conversions?

MR. WEIGEL: The Catholic Church has spent a great deal of time and effort “cleansing its historical conscience,” as John Paul II liked to put it, recognizing and publicly repenting, before God, those occasions when methods contrary to the gospel were used to advance the cause of Christian faith. At the same time, it would be useful to recognize that there are a lot of elements of the Black Legend afloat in our culture and in the media; Stalin killed more people in a slow week than the Inquisition managed in hundreds of years. As for the Crusades, while there were deplorable events during those years, it should be remembered that the Crusades began in large part as a defense against Islamic depredations against Christian pilgrims to lands that Islam had conquered by the sword.

Given the debate about violence and Islam, how can it best be addressed by the Vatican?

DR. ESPOSITO: Vatican officials should use diplomacy, not public statements, to communicate their concerns. They should talk, listen and learn, as well as express their concerns. In this way they can express concerns about a serious and dangerous global problem effectively and avoid the inaccurate and insensitive kinds of statements that were made in the Regensburg speech.

Does the Vatican have the ability to influence the precepts of other religions? Can it “teach” members of other faiths about religion’s use and misuse of violence?

MR. WEIGEL: That’s unlikely, but perhaps, out of a genuine conversation in which all the interlocutors are committed to the truth, some common moral understandings can be achieved.

Were there to be broad agreement among Catholic and Muslim leaders that the killing of innocents in the name of God is always offensive to God, that might have a salutary effect in dampening the enthusiasm for, say, suicide bombings.

Before becoming pope, the then Cardinal Ratzinger expressed skepticism about Turkey eventually joining the European Union, suggesting Turkish membership would compromise Europe’s cultural identity. How would the Vatican define that identity?

MR. WEIGEL: Perhaps it would be more accurate to say that Cardinal Ratzinger argued that, were the EU to admit Turkey, it would be conceding that the EU is not the political expression of a common civilization, but a set of pragmatic economic and political arrangements, period. That was certainly not what the founders of modern “Europe” – Alcide de Gasperi, Robert Schuman, Konrad Adenauer – thought they were doing: they thought they were laying the foundations for the reconstitution of something like a res publica Christiana, at least in broad cultural terms.

Are there special steps Benedict should take during his visit to Turkey to promote better Catholic-Islamic relations?

DR. ESPOSITO: Benedict XVI’s upcoming visit to Turkey could be an occasion to demonstrate in his public pronouncements his respect for Islam and Muslims and his desire to continue the major accomplishments that the Catholic Church has made since Vatican II in Catholic-Muslim dialogue. It will also provide an occasion for him to clarify or modify his statement regarding Turkey’s place in Europe. If there is no movement on the theological and political fronts in coming years, then Catholic-Muslim dialogue, indeed the Vatican’s commitment to interreligious dialogue, will be seriously undermined.