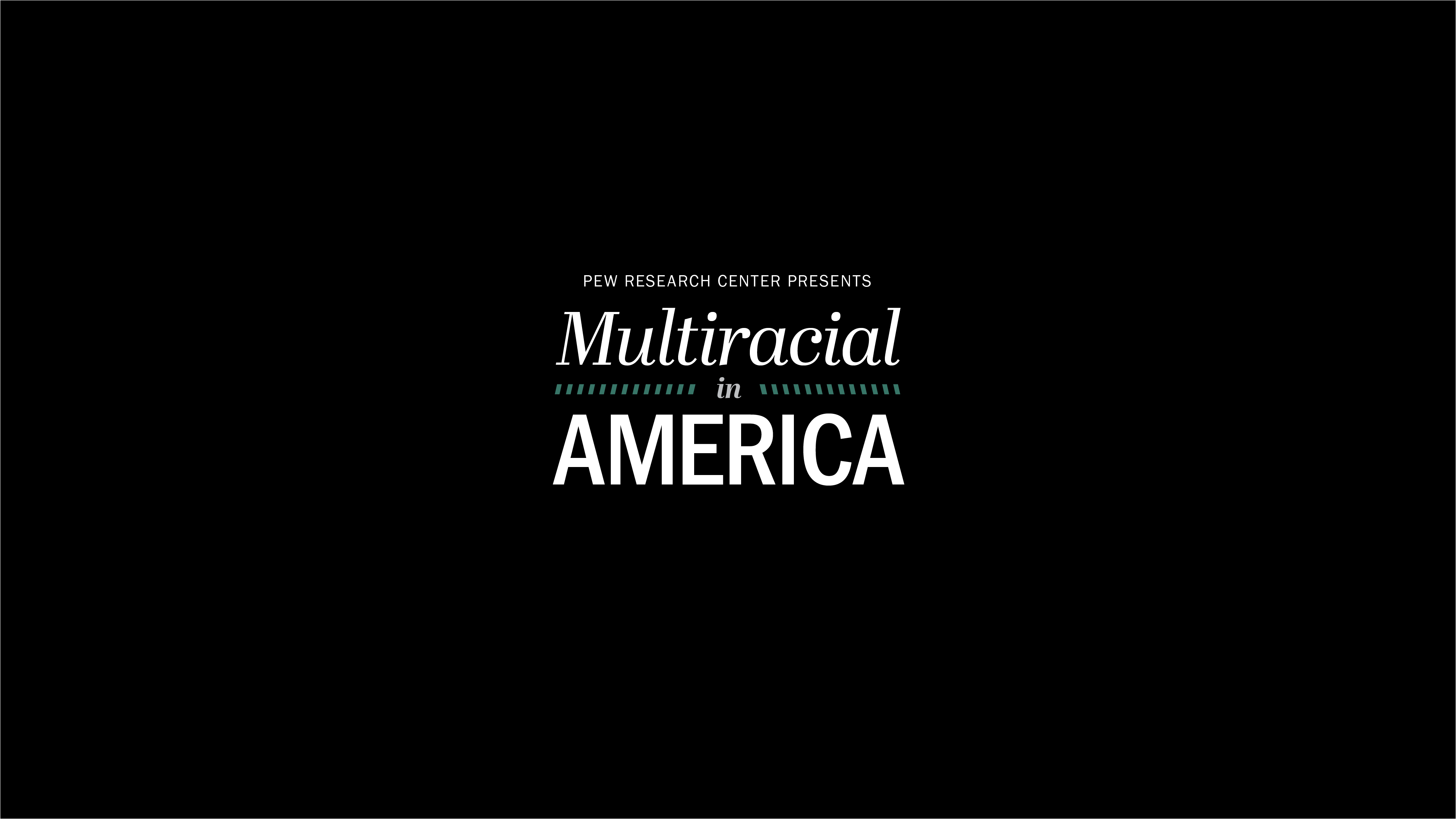 For much of the nation’s history, America has discussed race in the singular form. But the language of race is changing.

With the rise of interracial couples, combined with a more accepting society, America’s multiracial population has grown at three times the rate of the general population since the beginning of the millennium.

The U.S. Census Bureau says 2.1% of American adults check more than one race. Using a broader definition that factors in the racial backgrounds of parents and grandparents, a new Pew Research Center report finds that 6.9% of U.S. adults, or nearly 17 million, could be considered multiracial today.

Made up of many different racial combinations, this group is by no means monolithic. The study finds multiracial adults have a broad range of attitudes and experiences that are rooted in the races that make up their background and how the world sees them.

Intermarriage and the children of such marriages – particularly white and black – haven’t always been accepted by society. It was less than 50 years ago that the U.S. Supreme Court, in the case bearing the evocative title Loving v. Virginia, struck down laws prohibiting mixed-race marriages that had been in place in 16 states, all in the South.

In 2013, 12% of new marriages were interracial, and today very few Americans see this as a bad thing for society.

Multiracial Americans are no longer rare in number. They’re front and center in our culture – represented on television, in professional sports, in music and politics, even in the White House.

To catch a glimpse of America’s future, take a look at the stroller set. More than 40 years ago, only one of every 100 babies younger than 1 year old and living with two parents was multiracial. By 2013, it was one-in-ten.

If current trends continue – and evidence suggests they may accelerate – the Census Bureau projects that the multiracial population will triple by 2060.

Multiracial Babies on the Rise

Since the first U.S. census in 1790, the government has included race to describe the population. But the ways in which race is asked about and classified have changed from census to census, as the politics and science of race have fluctuated. This evolution reflects the central role of slavery in America’s past and the arrival of different immigrant groups, as well as changing social norms.

It wasn’t until 1960 that Americans were allowed to identify their own race on the census form. Before then, census-takers determined the race of those they counted.

And it wasn’t until 2000 that the census allowed people to check more than one race.

Who Are Multiracial Americans?

They are young, proud and tolerant of other cultures. A majority of them say they have been subject to slurs or jokes about their racial background at some point in their lives. Yet far more also see their racial makeup as an advantage than as a disadvantage in life.

A majority of multiracial adults – 60% – say they are proud of their racial background.

Among them, there’s a wide range of racial identity. About six-in-ten adults who have a mixed racial background say they do not see themselves as “mixed race or multiracial.” When asked why they don’t identify as multiracial, some say they were raised only as a single race, and others say they physically look like a certain race.

Only a few feel ashamed of their racial background or see it as a liability. In fact, about four times as many say being multiracial has been an advantage rather than a disadvantage in their life; but most say it hasn’t made a difference.