Data in this report are drawn from respondents to panel waves conducted September 3 to September 15, 2019 and October 1 to October 13, 2019. Out of 3,954 panelists who were sampled, a total of 3,487 panelists responded to both waves, for a combined response rate of 88%. This does not 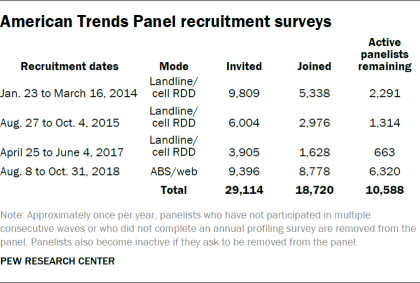 The sample consisted of all existing panelists who had completed the annual profile survey as of September 9, 2019. Panelists who had not yet completed the profile survey were ineligible. A subsample from the ATP was selected by grouping panelists into six strata so demographic groups that are underrepresented in the panel had a higher probability of selection than overrepresented groups: 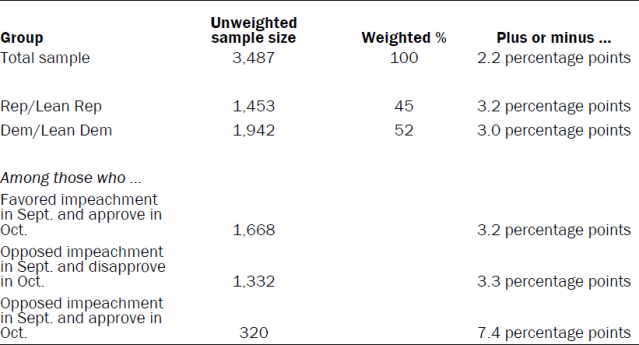 UPDATE: (Oct. 24, 2019): An earlier version of the margin of error table did not include a column for weighted partisan composition.

CORRECTION: (Oct. 22, 2019): An earlier version of the table “American Trends Panel recruitment surveys” reported slightly different totals for the number of active panelists remaining. The table has been updated to reflect the most current numbers. The update does not impact findings.