Data in this report are drawn from the panel wave conducted November 7-16, 2018. A total of 10,640 panelists responded out of 13,570 who were sampled, for a response rate of 78%. The cumulative response rate accounting for nonresponse to the recruitment surveys and attrition is 3.7%. The margin of sampling error for the full sample of 10,640 respondents is plus or minus 1.7 percentage points. 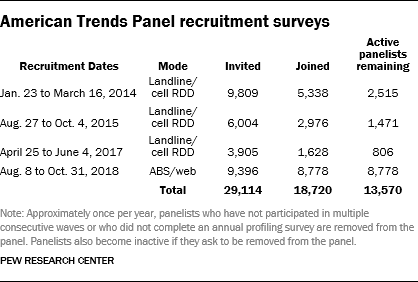 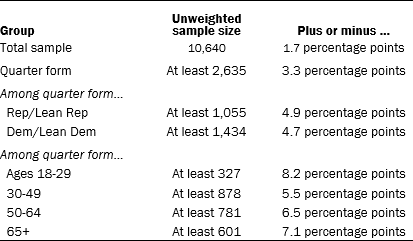 Next: Appendix A: Additional Tables
← Prev Page
Page1You are reading page2Page3
Next Page →