The American Trends Panel (ATP), created by Pew Research Center, is a nationally representative panel of randomly selected U.S. adults. Panelists participate via self-administered web surveys. Panelists who do not have internet access at home are provided with a tablet and wireless internet connection. The panel is being managed by GfK. 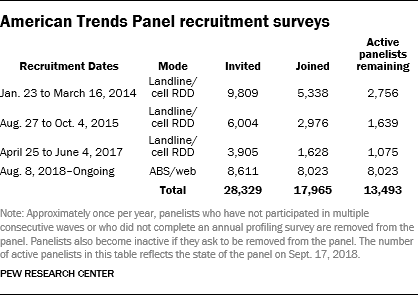 Data in this report are drawn from the panel wave conducted September 24-October 7, 2018. A total of 10,683 panelists responded out of 13,492 who were sampled, for a response rate of 79%. The margin of sampling error for the full sample of 10,683 respondents is plus or minus 1.5 percentage points. 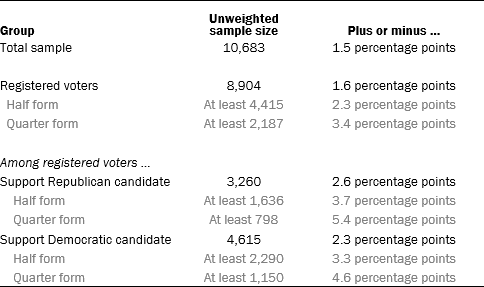