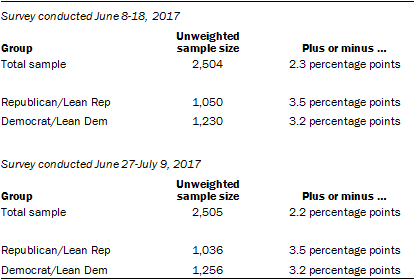 Partisan Shifts in Views of the Nation, but Overall Opinions Remain Negative
Methodology