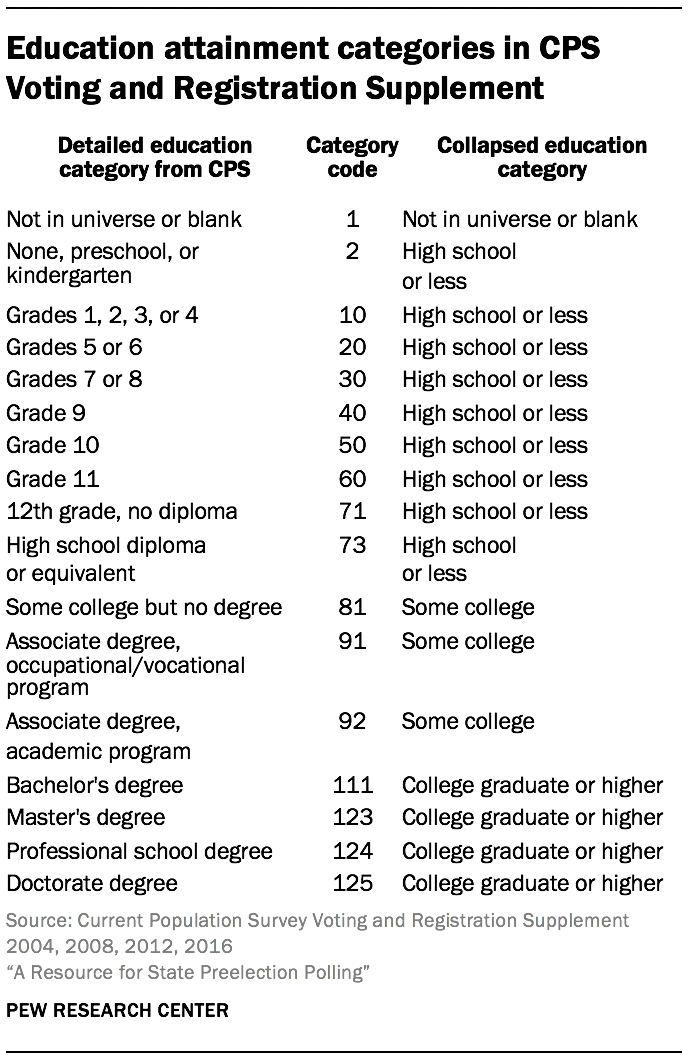 Educational profile characteristics were based on the 2004, 2008, 2012 and 2016 Current Population Survey Voting and Registration Supplements conducted by the United States Census Bureau. The data was accessed through
IPUMS CPS.2 Voters were defined as respondents that answered “yes” to the following question: “In any election, some people are not able to vote because they are sick or busy or have some other reason, and others do not want to vote. Did (you/name) vote in the election held on Tuesday, (election date)?”

Education attainment categories were defined as “high school or less,” “some college,” or “college graduate.” Education distributions were computed by filtering the CPS Voting and Registration Supplement for each state and computing weighted frequencies using the supplement weight provided in the dataset.