Half of American adults now own a tablet or e-reader

Over the 2013 holiday period, the rate of tablet ownership rose to 42% of American adults, up eight percentage points from September. Ownership of e-book reading devices like Kindles or Nooks similarly increased to 32% as of January 2014. Some 50% of adults now own at least one of these devices.2 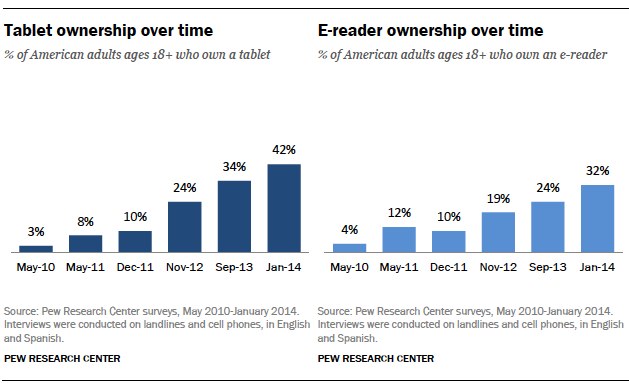 E-reader owners are more likely to be white, between the ages of 30 and 64, and with at least some college experience. Those with tablet computers are more likely to be younger (under age 50), with higher levels of education and from relatively well-off households—close to two-thirds (65%) of people living in households earning $75,000 or more annually now own a tablet. 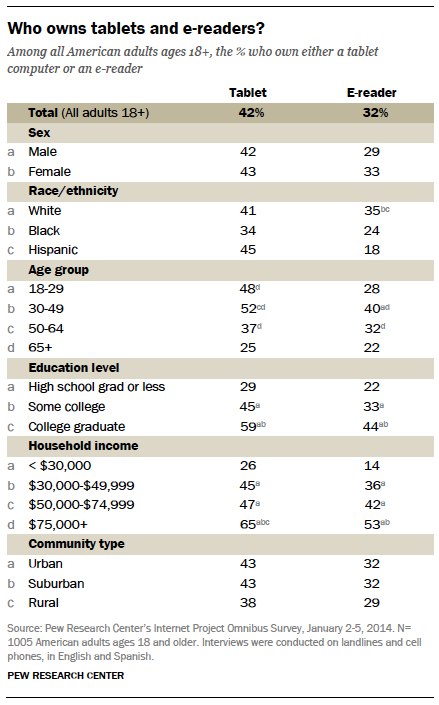 Next: A Snapshot of Reading in America in 2013
← Prev Page
Page1You are reading page2Page3Page4
Next Page →